By Georgios Rouskas | Notaries of Europe 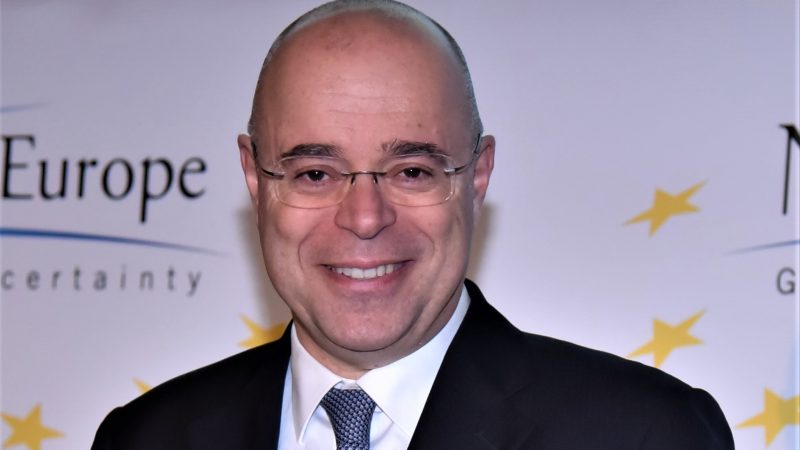 Georgios Rouskas, President of the Council of the Notariats of the European Union. [Notaries of Europe]

This article is part of our special report Legal certainty in the digital world: Lessons for Europe.

On 2 December, the European Commission published its Communication on Digitalisation of Justice in the European Union. It recalls in the preamble that “effective justice systems are also essential for the functioning of the internal market and a prerequisite for economic growth. Access to justice needs to be maintained and to keep pace with change, including the digital transformation affecting all aspects of our lives”.

This need for justice actors to deepen the transition towards digitalisation was particularly acute during the Covid-19 crisis. During this crisis, the notaries of Europe have taken action to ensure that their activities, recognised as an essential service of general interest by their supervisory authorities, could continue throughout Europe. New procedures were tested and proposed. However, they were based on a solid foundation that had been in place for several years: the creation and interconnection of registers, the dematerialisation of data transfer, setting up companies online, the deployment of e-signatures, electronic authentic instruments, videoconferencing and others.

The Communication from the European Commission is part of this evolution, setting out several objectives. Firstly, to make digital technology the default option in cross-border judicial cooperation. This is an objective to which we fully subscribe. In many countries, communication between notaries and judicial authorities is now conducted in a dematerialised manner. This is the case, for example, for consultation and registration in public registers kept by notaries or by the state. Thanks to the European Network of Registers of Wills Association, the registers of wills kept by the notarial profession are even interconnected at the European level and enable citizens to find out whether last wills and testamentary dispositions concerning them are registered in another country. This is also the case for setting up companies online, as required by a European directive. The European notariats are working together with their ministries of justice on innovative solutions for the effective transposition of the directive by August 2021.

A second objective of the European Commission is to promote better access to information. Europe’s notaries have been pioneers in this area, often with the financial support of the European Union. We are the first legal profession to have proposed a European directory of our members  (www.annuaire-des-notaires.eu) to enable citizens to find a notary who speaks their language anywhere in Europe. We were also the first to offer multilingual information sites, for example on inheritance law in EU countries (www.successions-europe.eu) or on family law (www.couples-europe.eu). This content has been added to the European Commission’s e-justice portal, which must now be further consolidated.

The Commission also underlines the role of e-CODEX as the main tool for secure cooperation in cross-border civil, commercial and criminal proceedings. Notaries have been supporting the implementation of e-CODEX since its creation in 2010 and we will continue to work on its development.

Finally, the European Commission sets ambitious objectives in its European Judicial Training Strategy for 2021-2024 and broadens the scope of training to include new subjects, such as digitalisation or artificial intelligence, and innovative themes and methods. We will, once again, be active in this field. Since 2014, and through our training programmes supported by the European Commission, several thousand notaries have been able to follow training courses in European law or the law of another Member State. Furthermore, the notarial profession has committed itself to shifting gears and, within two years, will be equipped with an integrated European platform for online training in EU law.

On the issue of the digitalisation of procedures, ultimately, the stumbling block is not so much the nature of such digitalisation, but control and access to it. The European Commission’s Communication does not dwell on these aspects. How can we ensure that sensitive data are protected? How can we ensure that the judiciary is independent in the use of IT systems? How can we reconcile artificial intelligence and human control? How can we avoid excluding the elderly or people with disabilities from the process and not reinforce the digital gap which already exists among our populations?

In Europe, the law is based on the principle of preventive justice and effective regulation of economic operators. In 22 Member States, notaries have been guaranteeing legality for several centuries and have always been able to adapt to societal changes. The notary’s function is about authenticity, truth, security and the preservation of data on which the trust of States and our fellow citizens is based. At a time when forgery, fake information, falsified data, money laundering and cybercrime are on the increase, this truth and security are more than ever essential for society.