DMA trilogue: tension in the details 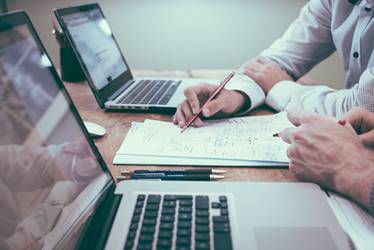 Andreea Antuca, Dr Andrew Mell and Gareth Shier all work for Oxera Consulting LLP, specialising in issues of competition and public policy in digital and media markets. We are grateful to our colleagues at Oxera for their insightful work on the study. However, all views and any errors remain our own.

There has been intense debate over whether and how to tighten regulation in digital markets. With the DMA now nearing completion, the trilogue presents a final opportunity for the new regime to secure the benefits of the digital revolution for Europe’s consumers and businesses for years to come.

Since the European Commission published its proposal for the Digital Market Act (DMA) in December 2020,  policymakers have been hard at work assessing its merits, its shortcomings, and potential improvements. This culminated in both the European Council and European Parliament readying their negotiating positions in late 2021, ahead of the trilogue this year. Speaking after Parliament’s plenary vote, rapporteur Andreas Schwab said:

We will make sure that digital markets are open and competitive. This is good for consumers, good for businesses and good for digital innovation.

But will the amended DMA provide Europe’s consumers and businesses access to the best possible digital products and services over the long run, or does its focus on contestability risk overshadowing other important considerations—such as consumer welfare?

This article draws on a recent study that we conducted for the Computer & Communications Industry Association to highlight the potential unintended consequences stemming from several amendments currently being debated, as well as the tensions between competing policy objectives.

Well-intentioned policies can have negative consequences for users

For example, Parliament makes an unrealistic demand of platforms by requiring that less personalised alternatives are of the same quality as personalised services. This overlooks the fact that some valued features rely on combined personal data to function, such as when Google tailors a user’s maps based on their search history, location data, and local reviews. Combining data from across services in this way allows platforms to offer higher-quality (more personalised) services to users. Parliament’s amendments would, in effect, force platforms to offer the same, less personalised service to all users to avoid any differences in quality, regardless of whether or not users chose to allow platforms to combine their data.

Similarly, by extending the interoperability obligations to include access for a greater range of third parties to more core functionalities, Parliament’s amendments reduce the ability of platforms to properly govern their ecosystems and protect users from bad actors. For example, Apple restricts the use of Mobile Device Management technology in consumer-facing apps to help preserve user privacy, while still offering API access to certain device data to maintain contestability among app developers.

Importantly, good ecosystem governance goes beyond just ‘hard-core’ security concerns. Quality and trust have long been an important dimension of ecosystem competition, and managing third-party interactions is one way in which platforms can optimise this. Indeed, in the 1980s, Nintendo exercised this ‘bouncer’s right’ to introduce quality controls for third-party game developers, preventing poor games from eroding trust in the Nintendo ecosystem.

Users could also miss out on valuable innovations and investment

While many of the amendments focus on contestability for third parties, they could simultaneously undermine a range of services and activities that businesses and consumers rely on by reducing platforms’ incentives to invest and innovate in the future.

For example, Parliament’s requirement that each of a gatekeeper’s services should be commercially viable on a standalone basis would undermine cross-subsidisation by platforms, jeopardising the introduction of additional features and services that benefit consumers. To illustrate, Facebook routinely relies on cross-subsidies from News Feed advertising to fund new functionalities on the platform. Uncertainty over whether changes to services will be considered improvements to the core platform or new services that must be viable on a standalone basis could inhibit this kind of innovation and the uptake of new features.

In addition, Parliament’s amendments mandate free interoperability with core platform services, social media services and messaging services—preventing platforms from adopting a licensing model to fund their ongoing investment and development. If platforms are unable to share in the value that they create, consumers will likely face a worse user experience and fewer features in the long run.

Importantly, amendments that restrict how platforms can monetise their technology were not considered in the Commission’s impact assessment of the DMA, which assumed no change to platform business models. As such, it is particularly important that the potential consequences of these changes are thoroughly reviewed in the trilogue.

There is still time to secure Europe’s digital future

Throughout the DMA, there is an implicit assumption that the consumer interest will be advanced by focusing on contestability in digital markets. However, as our study highlights, this is not always the case; there can be a tension between contestability and consumer outcomes, and an effects-based assessment is required to avoid unintended consequences.

In a previous report, we highlighted how platforms create value for their users by playing an active role as aggregators and innovators. While the DMA amendments still fail to grasp the important governance role that platforms play in orchestrating third parties, there are certainly signs of improvement.

For example, amendments by both Parliament and the Council have clarified or improved the balance of some of the proposed obligations, such as by adding exemptions that allow platforms to better protect their ecosystem’s integrity, end-user data protection, and cyber security.

The DMA would benefit from adopting similar provisions more broadly, recognising that many obligations must be tailored to a platform’s specific context. The good news is that there is still plenty of opportunity for policymakers to make the necessary improvements to secure Europe’s digital future for businesses and consumers.

We recommend that throughout the trilogue, policymakers select language that maximises the scope for enforcers to take a holistic view of the market context in which obligations apply, and to assess the impact of those obligations on consumers and businesses.

To learn more about our work examining the DMA, please see the following:

URLs to the authors’ LinkedIn pages:

One response to “DMA trilogue: tension in the details”