Enough is enough! Rein in the giants. 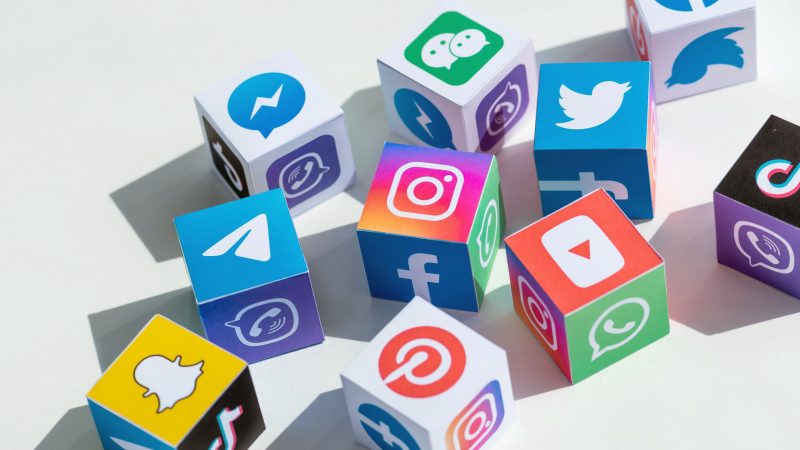 In Norway, the newly appointed government is headed into crucial international discussions about how to ensure more democratic control and transparency into the world of the tech giants. [Shutterstock / Bloomicon]

The newly inaugurated Norwegian government must do their utmost to restrict the powers of the international tech giants. So should the European Union and legislators in other countries.

Bjørn Erik Thon is the director of the Norwegian Data Protection Authority (Datatilsynet).

Inger Lise Blyverket is the director of the Norwegian Consumer Council (Forbrukerrådet).

During the last few weeks, Facebook has been facing facing the latest twist in a long list of scandals. The whistleblower and ex-employee Frances Haugen had leaked thousands of internal company documents to the press.

The Facebook Files, which the documents became known as, showed among other things that:

The same algorithms amplify misinformation and extreme views, and pushes Facebook content toward being more negative, divisive, and politically polarizing.

These revelations led Haugen straight to a senate hearing in the United States Congress. There is now an ongoing debate on how authorities can regulate Facebook to counteract some of the many problems caused by the platform.

The Norwegian Data Protection Authority has decided not to have a presence on Facebook. This conclusion was reached because it is impossible to control how consumers’ personal data is used to feed the company’s algorithms.

However, these problems do not only concern Facebook, but also a multitude of other tech companies of various sizes – including Google, which owns a range of other platforms such as YouTube.

Now political leaders around the world face a similar question: How can national authorities rein in the tech giants?

Enormous amounts of data about each of us

In Norway, the newly appointed government is headed into crucial international discussions about how to ensure more democratic control and transparency into the world of the tech giants.

We believe that the business model of the tech giants is in breach of consumer rights and fundamental human rights including the right to privacy.

The foundation of the tech giants’ business model – surveillance-based advertising – is problematic to say the least.

Tech giants such as Google and Facebook collect enormous amounts of data about each of us, which is used to target us with advertising.

This can be based on socioeconomical status, our sexual orientation, religious beliefs, or vulnerabilities such as drug or gambling addiction.

Everything we do online – and increasingly offline – is registered and analysed in the service of making us purchase more products and services.

As internet users, we are being subjected to comprehensive commercial surveillance on a daily basis.

This system also makes us vulnerable to systemic political manipulation, for example through the targeting of political ads and messaging.

Furthermore, it can expose us to discrimination when used to keep information away from us. This includes ads about housing or employment that some companies do not want people of certain ethnicities, sexual orientation or political views to see.

With this in mind, the undersigned organizations have all reached the conclusion that surveillance-based advertising should be banned.

In a survey conducted by YouGov on behalf of the Norwegian Consumer Council, Norwegian citizens are clearly expressing that they do not want to be exposed to commercial surveillance. Only one out of ten respondents were positive to commercial actors collecting personal data online, while only one out of five stated that advertising based on personal data is acceptable.

For the Norwegian Data Protection Authority (Datatilsynet), this is also about having the right tools to do our job.

As an enforcement authority, it is increasingly difficult to enforce the law against secretive tech companies that are based abroad, and that make enormous amounts of money by creatively misinterpreting the General Data Protection Regulation to circumvent its purpose. A ban of surveillance-based advertising would make it significantly easier to undertake enforcement actions.

Legislators around the world must take all possible steps to curtail the power of the global tech giants. In Europe, one way of doing so is through the ongoing regulatory process the Digital Services Act (DSA).

One of the purposes of this regulatory proposal is to strengthen democratic control of the tech giants through increased transparency and enforcement against these companies. This will reduce the risks of manipulation, disinformation and the spread of harmful content.

One of the issues discussed in the context of the DSA, is a possible ban of surveillance-based advertising. If this is included in the final regulatory text, the digital playing field will be changed on a fundamental level. We could see the rise of a new digital infrastructure that is not based on constant surveillance.

A ban of surveillance-based advertising will not mean the end of ad-funded digital content. There are already alternative forms of digital advertising that may benefit both internet users and advertisers.

Digital advertising will still be profitable and relevant. But this should happen on consumers’ own terms, and respect our fundamental rights.

Therefore, we are united in the message that it is time to put an end to tech companies’ violations of our fundamental rights.

One important means to this end is a ban on advertising based on mass surveillance, tracking and profiling of individuals.

National authorities in Norway and beyond now have a unique opportunity to take a stance with the current system of digital advertising, and to restore powers to governments and the people.

This is an opportunity we hope and expect that legislators in Norway, Europe, and around the world will pursue.