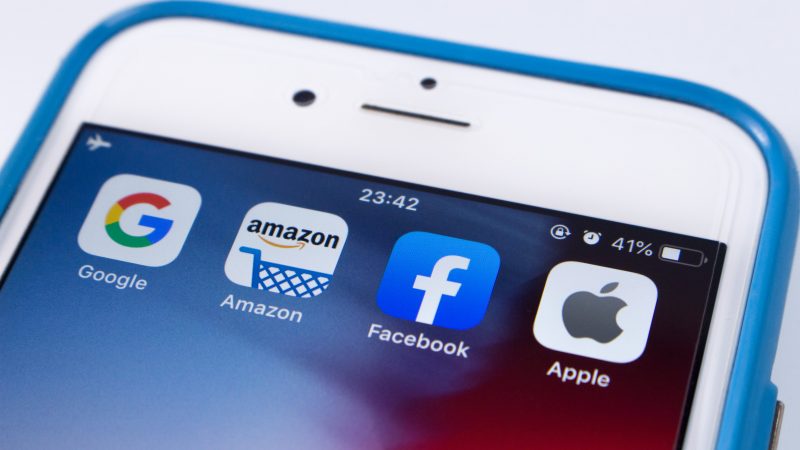 "The European Union is on the brink of adopting new rules that will transform the dynamics of the digital economy and so significantly improve consumers’ experience." [Shutterstock / Koshiro K]

The EU is on the brink of adopting new rules that will transform the dynamics of the digital economy and so significantly improve consumers’ experience. But it is crucially important that EU lawmakers resist last-ditch attempts by Big Tech companies to derail or neutralise these rules before they reach the statute book, writes Ursula Pachl.

Ursula Pachl is the deputy director-general of the European Consumer Organisation (BEUC).

The so-called “Digital Markets Act”, or DMA, aims to ensure that Europe’s future digital markets become more open and fair. Such markets would better serve the interests of Europe’s consumers, giving them new opportunities to enjoy more choice of innovative products, such as search engines and messaging services, adapted to their needs and in compliance with their fundamental and consumer rights.

The DMA would curb the ability of big internet platforms, such as Google, Facebook, Amazon,  Microsoft and Apple, to misuse their powerful positions to game the internet in favour of their narrow, vested interests, for example by excluding competitors, rather than serving the broad interests of consumers and other users.

The DMA’s obligations and prohibitions would significantly reduce the need to take (often lengthy) enforcement action against harmful practices once they’ve already happened.

Both the European Parliament and the EU’s Council of Ministers have already suggested a number of amendments to improve the European Commission’s original proposal by closing loopholes and clarifying definitions and obligations.

The Parliament and the Council are now negotiating with each other over the coming weeks to reach a compromise on the final text that will become legally binding legislation throughout the EU, hopefully before the end of this year.

To be effective, it is particularly important that the DMA includes a number of very specific obligations. For example, the DMA must ensure instant messaging and social networking services like  Signal and Element can interoperate with the communication services offered by “gatekeepers” like  WhatsApp.

There must be safeguards to prevent gatekeepers from circumventing the DMA’s obligations by using behavioural or user interface design techniques (including so-called “dark patterns”) that,  for example, make it really difficult to unsubscribe from a service.

Consumers must have the right to be heard in decision-making, to complain to authorities and to collectively enforce their rights under the DMA in courts if necessary.

Finally, the Commission must have the resources, tools and powers to investigate non-compliance, enforce the DMA’s rules and impose effective remedies.

Not surprisingly, Big Tech firms that would be affected by the DMA are fighting tooth and nail to water it down because the DMA would force them to fundamentally change some of their current,  hugely profitable business practices that have harmed consumers’ interests.

Big Tech particularly objects to the fact that the DMA would outlaw their ability to limit consumer choice by giving preference or more visibility to their own services compared to those of rivals. They really do not want to be deprived of their ability to lock in customers by making it difficult to switch away from default apps and services.

They don’t like being restricted on how they can collect and use consumer data. And they strongly dislike that the DMA would make it easier for new companies with innovative products to enter digital markets.

Big Tech firms are therefore throwing immense resources (that they can easily afford) on a scale rarely seen to influence, persuade and cajole Members of the European Parliament, Member State governments and European Commission officials to roll back the obligations the DMA would impose.

Not only are they lobbying in their own names, but they are also deploying trade associations think tanks and “favourable” academics to mirror, endorse and amplify their arguments. They have even claimed to represent the best interests of small and medium-sized companies (!), much to the annoyance of genuine SME representatives.

It is imperative that during these last critical weeks of the negotiations, MEPs and Member State governments continue to uphold their determination to force Big Tech to change their business models and that they are not blinded by Big Tech’s latest avalanche of glossy advertising, emails and targeted social media posts.

MEPs and member state governments must remain focused on the huge opportunity the DMA represents to give Europe the tools to make digital markets serve the broad interests of consumers and society.