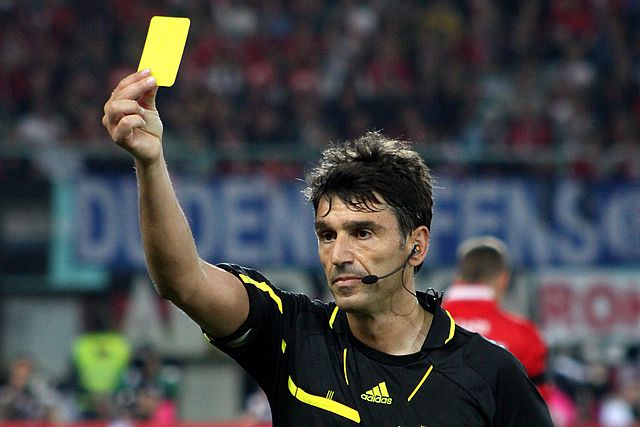 Europe needs a climate for growth—not just less regulation—if it wants to be competitive in the global technology sector, writes Gary Shapiro.

Gary Shapiro is president and CEO of the Consumer Electronics Association.

Like a football match where the referee’s rulings appear to favour one team over the other, comments from within the EU’s executive and some national capitals are a cause of concern. That might seem like a big win for EU tech firms — giving them a leg up on market access, among other benefits — but a referee consistently ruling in your favour won’t improve the skills you need to become a better player, on the field or in the marketplace.

The US is home to many leading internet companies that have created global platforms for free expression, entrepreneurship and market access. It’s no coincidence that the American regulatory system is open and permissive, and fosters the innovation so crucial to tech success.

As the world’s largest exporter of services, the EU is undisputedly a global economic powerhouse. Although tech entrepreneurship is starting to boom, Europe is still underrepresented when it comes to major global internet companies. There’s no doubt that more digital market opportunities and more competition are better for everyone, including consumers. The question, however, is how do you best achieve that?

Europe has remarkable potential to drive international tech innovation and vastly improve its own tech competitiveness, and enjoys a strong track record in developing mobile technologies and bioscience. One obvious step toward more digital champions is breaking down barriers within the European market to help homegrown technology companies scale, since they now face 28 different sets of regulations.

Wisely, the European Commission has outlined its Digital Single Market strategy to help solve this structural problem. It’s in everyone’s interest — consumers and businesses alike — that the Commission’s endeavour succeeds.

Some senior EU officials suggested that strategy should also involve imposing a new regulatory straightjacket on leading US internet platforms — that is, ignoring consumers’ best interest in order to give European companies an advantage. European Commissioner for the Digital Economy and Society Günther Oettinger has spoken of the need to “replace today’s Web-search engines, operating systems and social networks.”

So, when Oettinger said the new digital strategy will “reinforce our digital authority, give us digital sovereignty, and make us competitive globally” it of course raises concerns about how the strategy will play out as it is developed and implemented over the next few years.

The devil, as they say, is in the details.

While any new regulatory regime would universally apply to all online actors, the intention could be that EU players receive a competitive advantage over their American competitors, creating a skewed playing field for the internet in favour of the home team. Yet even if European firms were to emerge from the yoke of regulation this kind of environment would create, it’s hard to imagine them succeeding on a global scale in truly competitive markets.

Indeed, a better focus for the EU would be to create a nurturing climate for growth and innovation. Breaking down barriers to create a single rulebook for the European Union’s 28 member states makes sense, as does ensuring that Europe’s 500 million consumers and 20 million small and medium-sized businesses have access to an economy that’s open to the rest of the world.

Don’t Europeans deserve access to the best innovation on the planet, not just in their own homegrown market?

This is why the Digital Single Market initiative should be truly open and fully plugged into the globally connected economy. One of the greatest opportunities lies in cooperation with the US. Already the US and the EU are the world’s biggest trading blocs: Transatlantic trade accounts for almost 50% of global gross domestic product. And because the internet is becoming a mega-platform for trade, the future of trade is digital.

As European Commission Vice President for the Digital Single Market Andrus Ansip suggested in a blog post last week, we should work toward a transatlantic digital marketplace based on shared values of the rule of law, freedom of expression and association, protection of privacy and the enabling of innovation.

While the US and EU approach to regulation is different in this respect, several important initiatives are now underway to strengthen the relationship and boost frictionless transatlantic digital trade: the update of the Safe Harbour for US internet services in the EU, US judicial redress, giving EU citizens rights in US courts; and the umbrella agreement for data protection.

Protectionism will not help foster the free-thinking entrepreneurialism that creates new ideas, new businesses and new jobs. Europe can indeed succeed and win — and it deserves to, considering all its tech talent — but only through encouraging innovation and true competitiveness. The referee shouldn’t decide the outcome of this game.