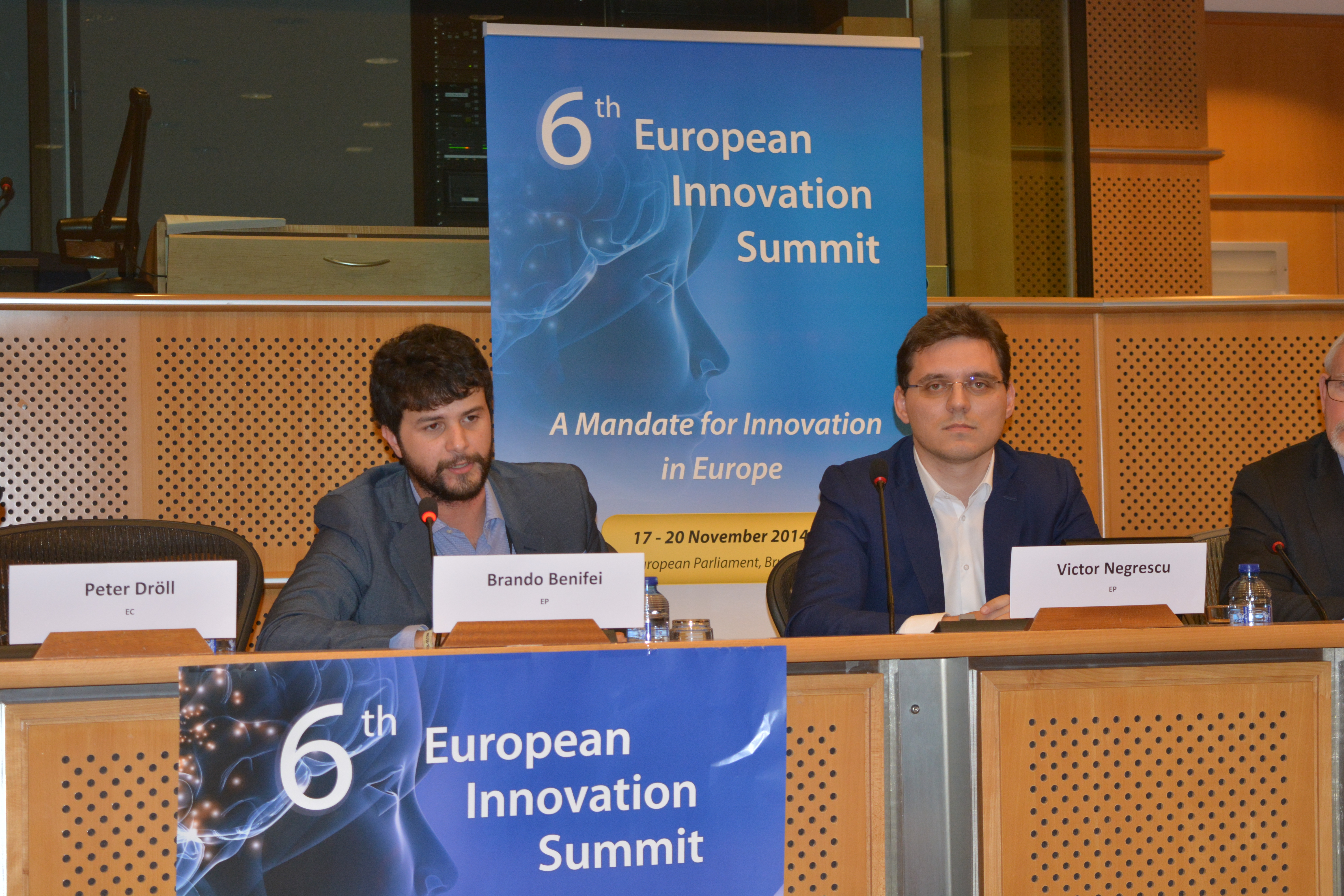 We need more European funds for innovation. We must strengthen collaboration among potential beneficiaries. We shall give young innovators the chance they deserve to build up the basis of Europe’s smart growth. These are some of the conclusions that Brando Benifei MEP and Victor Negrescu MEP draw following on the discussions at last week’s Knowledge4Innovation Summit.

Brando Benifei and Victor Negrescu are both young Members of the European Parliament. Together they hosted a debate on “the Next Generation Innovators” last week (18 November), in the framework of the 6th European Innovation Forum, the annual Summit organised by Knowledge for Innovation (K4I) – a network of dynamic MEPs, entrepreneurs and NGOs with a special interest on this key issue. The event, spearheading the talks on the need for a decisive investment strategy in the fields of high-tech, digital economy and innovation in Europe, gathered hundreds of participants from all over the EU. EURACTIV was a Knowledge Partner of the event.

Young innovators coming from the vibrant reality of startups and entrepreneurship presented their views and recipes for the re-launch of the European economy, strongly making the case for the urgency of giving the creative sector a chance to express its full potential.

As young MEPs, we are digital natives. We have experienced the impact of new technologies throughout our lives. This made us even more sensitive to the value of innovation and the role it can play to provide for change in our societies and as a factor of improvement for the quality of people’s life. Unfortunately, the protracted economic crisis, in conjunction with a persistent application of policies strictly oriented towards fiscal consolidation and budgetary discipline, has led to the current situation in which public investments in the sector are slashed, private investment depressed and confidence from the markets and within our countries driven away.

Much has been said about the importance of investing into projects capable of triggering a leverage effect for the benefit of the overall economy, especially with regard to their jobs-creation potential: as a matter of fact, investments in innovation constitute the best example of this. However, if we are to push this process forward we imperatively need to make available an important share of public resources, becoming in this sense a sort of trampoline capable of attracting and boosting private investments. Europe doesn’t need its own Silicon Valley: we can find innovators and invaluable startups everywhere. The EU has to make them work together and to better distribute information to and among entrepreneurs.

Yet, it is very disappointing to see how even now member states seek to curb the EU budget lines on R&D and innovation. No Apple, Microsoft or Facebook would have grown to such levels if there had not been a state creating the favourable conditions to allow such original ideas first to develop, and then to became technology giants. On Wednesday 26 November, the President of the Commission, Jean-Claude Juncker, will present his Jobs, Growth and Investment Package before the European Parliament: we hope the Commission will prove itself willing to commit into a “whatever it takes” to create those necessary conditions for the establishment of a smart, creative, innovative Europe.