Europe’s tech industries are booming, but can it last? 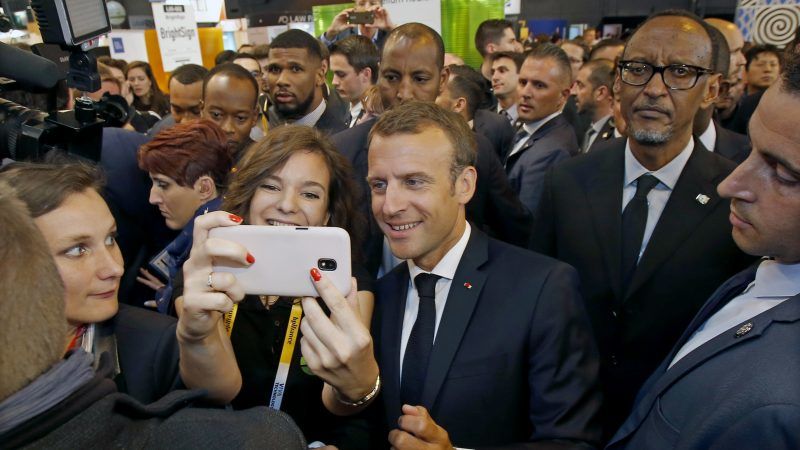 The latest figures show that European technology industries are growing fast: turnover is up an impressive 5.0% in 2017, and 2018 is set to mark the fifth consecutive year of growth. Malte Lohan looks at the challenges ahead.

Malte Lohan is the Director General at Orgalime.

In the same period, these firms have created 350,000 jobs, with the industry now directly employing 11 million people. But as storm clouds loom on the economic horizon, how can Europe chart a course for continued success?

The European technology industries continue to grow at a phenomenal pace: 5.0 % in 2017, according to the latest figures from Orgalime’s economists. For comparison, eurozone GDP grew by 2.5% over the same period – a figure hailed as a ten-year high.

This marks the fourth consecutive year of growth for the mechanical engineering, electrical, electronics and metal technology industries represented by Orgalime. And with output forecast to rise again by 3.5% in 2018, this impressive run looks set to continue.

Clearly, the technology industries are a central pillar of the EU economy. But with rising political uncertainty fuelled by populism and anti-globalism and increasingly fierce competition for industrial investment from the US and China, past success will no longer be a guarantor of future growth.

Behind the numbers: digitisation a key driver of growth

What lies behind the current boom? In part, we can thank a worldwide economic recovery in 2017. Rising demand in major client industries such as construction and automotive contributed to a favourable market environment for European technology firms.

The Chinese and Russian markets also picked up, and as an export-driven industry – producing over a third of the EU’s manufactured exports – our success is interlinked with that of our global trading partners.

Zooming in on specific sectors reveals another trend: the digital transformation unfolding in the technology industries is starting to pay dividends. Strong growth of 5.5% in mechanical engineering indicates that the efficiency gains delivered by digitisation and data analytics are giving European producers a competitive edge.

Similarly, digital and big data have contributed to a steady pick-up in growth of 5.5% in the electrical and electronics sector as opportunities open up in providing solutions to societal challenges, from smart grids to smart mobility to e-health. In metalworking, too, the digital transformation is optimising efficiency, with growth standing at a robust 4.5%.

We remain at the start of the digitisation journey, however, and large segments of industry have yet to tap into the benefits. Action to support investment in and uptake of digitised, data-driven technologies – particularly among SMEs – will be vital to unlocking the full growth potential in the years ahead.

Crucially, growth in our industry is translating into jobs. European technology firms have expanded their workforce by an estimated 1.2% in 2017, forecast to climb a further 0.9% in 2018. This will be the fifth year running that headcount is up: all in all, firms created around 350,000 direct jobs in the period 2014-2018.

Now, the challenge is to keep this momentum going. As digitisation transforms the working environment too, equipping Europe’s workforce with the right skills will be essential.

Stormy waters ahead?
Our analysis makes clear that it is not all smooth sailing for our sectors. Order books in 2017 were hit by volatility in the pound sterling – related to the uncertainty surrounding Brexit – and the depreciation of the US dollar relative to the euro, bumping up the price of EU exports.

Investment in the European technology industries is currently strong: following a slump post 2008-9, there has been a welcome upswing since 2016. But a lingering sense of uncertainty in the political realm threatens to dent investor confidence.

The populist movement remains a potent force and has the upcoming European Parliament elections firmly in its sight. Add to that the growing influence of far-right parties in governments across Europe, and we can expect pressure to build on open borders, the free movement of labour, the internal market and even independent judiciaries.

This is a real cause for concern, as these major EU achievements have also been instrumental in our industries’ success.

Looking beyond Europe’s borders, an increasingly unpredictable US trade policy is just one symptom of a backlash against globalisation that has left the rules-based open global trading system cracking under the strain.

And the shifting direction of investment flows in technology and innovation has left the EU playing catch-up to the US and China: there is a real danger we could fall behind for good.

Charting a course for sustainable success

We need to prepare for this rockier road ahead. And EU policymakers can help us safeguard the jobs and growth generated by our firms. As the saying goes, the best time to fix the roof is when the sun is shining.

We may have strong momentum to build on right now, but unresolved regulatory baggage will quickly weigh us down when times get tougher. This is the moment to work on getting the policy framework right for the future.

We must focus on shaping a sustainable environment for investment: by strengthening the internal market, implementing ambitious clean energy policies, promoting the rule-based multilateral system of free trade, and targeting R&I funding to boost competitiveness.

Orgalime is working with policymakers on these priorities in forums such as the Commission’s Industry 2030 High-Level Group.

The figures show that the European technology industries are a powerhouse fuelling the EU economy. With the right conditions in place, we can help Europe keep its competitive edge in an increasingly fierce global market – now and in the decades to come.