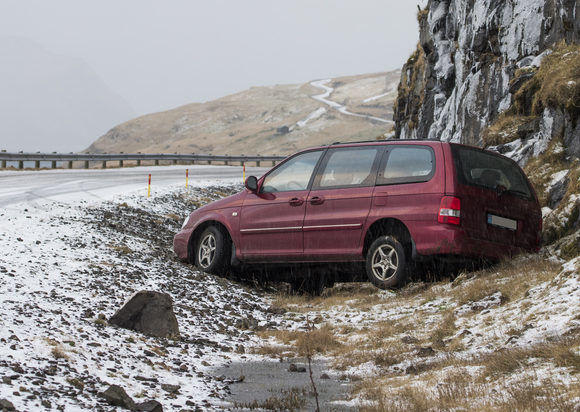 120,000 people are left permanently disabled by car accidents each year in the EU. [Shutterstock]

Fitting vehicles with comprehensive crash reporting software is a huge opportunity to save lives. It is a crying shame policymakers caved to pressure from privacy advocates and watered down the regulation, writes Nick Wallace.

Nick Wallace is a senior policy analyst with the Centre for Data Innovation, a data policy think tank.

Beginning in October, new EU regulations will require manufacturers to fit all cars produced for sale in the European Economic Area with a device that, when it detects a crash, automatically requests emergency services and transmits data about the location of the vehicle, the direction it had been travelling in, and the time of the crash.

This system – referred to as “eCall” – is a praiseworthy measure that demonstrates how technology and data can help make people safer. However, due to unwarranted concerns about privacy, policymakers restricted the data vehicles will share with emergency services even though additional information could further improve safety without impacting privacy or raising costs.

Every year, around 120,000 individuals in the EU are permanently disabled due to accidents on the road, almost a quarter of a million people suffer severe injuries, and almost 30,00 lose their lives.

If the emergency services had access to more real-time crash data, they could much better prepare to deal with the injuries and hazards they are likely to face at the scene. Research published last year shows that algorithms can predict the severity of injuries using vehicle crash data more effectively than trained medics, which allows them to better triage patients.

And as vehicles collect more and better data, the performance of these algorithms will likely improve further.

EU policymakers should have known better than to turn down the opportunity to make good use of this data. When the EU conducted a feasibility study of automatic crash notification in 2009, it included a much wider range of data, such as acceleration, rotation, which seat-belts are in use, and what the driver did with the car’s controls before the crash.

This data, had it been allowed in the final legislation, would have given first responders a better indication of the injuries they might have to deal with. Unfortunately, policymakers caved in to the demands of privacy groups like EDRI, or Big Brother Watch – which argue that even the stripped-down final version of eCall is a privacy threat.

In other words, it is okay if citizens are in a wrecked car, in a ditch, horribly injured and with less than optimal care on the way, just as long as their driving behaviour over the last few minutes is private. One might reasonably doubt whether many Europeans outside the Brussels bubble groups would accept this trade-off.

There is no privacy threat in this case. Many law-abiding individuals would not want the authorities to have a constant stream of data about where they drive and how many passengers they have because there are lawful activities one has the right to keep to oneself.

However, a snapshot of that data from a brief moment in time – such as right before a car crashes – will reveal extremely little about anyone’s private life, but could well save lives and spare more people from permanent disabilities.

In short, the goal of eCall is well worth pursuing further, and it is a shame that policymakers have limited its beneficial impacts by succumbing to the fear-mongering of EU privacy zealots.

One should hope that the benefits of this basic system will encourage the EU to be more ambitious and to move quickly. Furthermore, since governments will already have invested in the equipment and infrastructure the emergency services need to handle eCall data, a more robust future law will not impose great costs on the taxpayer.

Nevertheless, this missed opportunity is yet another precautionary example for policymakers: excessively restricting data in new regulation hurts consumers and creates lasting problems.