France is right, kids home during the pandemic shouldn’t use phones for hours 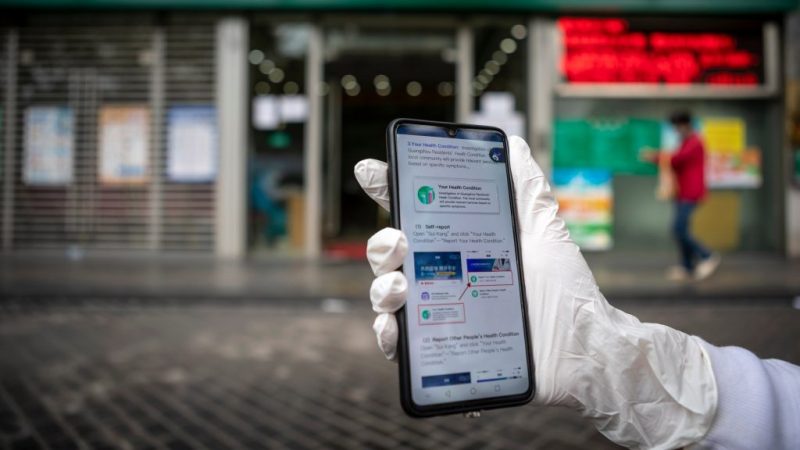 Phones are an ubiquitous part of life.

The US should follow the lead of France when it comes to testing the radiation from mobile phones, writes Devra Davis, arguing that we still don’t really know how safe the devices and their networks are.

Dr Devra Davis, the founder of EHTrust.org, served in the Clinton Administration from 1994-1999 and was a member of the Intergovernmental Panel on Climate Change team awarded the 2007 Nobel Peace Prize

In these worrying times when a new highly contagious virus has ended life as we once knew it, we increasingly rely on mobile phones to allow us some sense of connection to those we care about. But, just how safe are these now-ubiquitous, essential devices and the networks on which they rely?

Across the United States, children are being asked to use phones for school in ways that would be illegal in France and Israel, where phones are not permitted to be used for educational purposes.

At this year’s beginning, the US Federal Communications Commission (FCC) issued a faulty report on cell phone radiation declaring all is well. Despite headlines of the agency tests reading, “FCC Determines iPhone Radiation Doesn’t Exceed Safety Levels”, the reality is quite the opposite.

Instead of testing phones the way they are used- in the pocket or resting against the body, the agency tested phones with outdated test methods that were first set in 1996 when gas cost little more than a dollar, phones cost about a thousand times more, were used by fewer than 15% of the population and carried in holsters.

Last summer a Chicago Tribune investigation showed that when phones are tested directly next to the body, some of the most popular devices released up to five times more radiation than the  FCC’s two-decade-old limits would allow. In response, the FCC dutifully relied on the same outmoded manufacturer’s recommended separation distances off the body up to half an inch away.

Why does this matter? Every single millimetre off the body results in 15% less exposure.  In fact, when the agency responsible for phone testing for the government of France examined phones close to the body,  radiation levels were found to be 4 to 11 times more than FCC obsolete standards allow.

In other words, contrary to the FCC assurance it would investigate the Tribune’s findings, the agency employed 2-decade old standards with an archaic separation distance between the phone and the body that may have made sense when folks carried phones sheathed like guns.

But makes no sense at all today, when Millenials proudly stuff phones into their trousers and tops, motorcycle helmets and chadors.

Despite repeated expert calls to update the current protocol, well highlighted in 2012 by the US Government Accountability Office, the FCC has knowingly relied on unrealistic test methods for years.

The test results of the Chicago Tribune, the law firm of Fegan Scott, CBC Broadcasting, and the government of France leave no doubt that phones exceed radiation limits when tested the way we use phones- in body contact positions. Had the FCC tested phones close to the body, most phones would have exceeded allowable limits.

Adding grease to the fire, amidst the dustup of the Democratic primary and ongoing Congressional dysfunction, the FCC quietly released a ruling ignoring thousands of pages of scientific evidence from around the world. In an astonishing dismissal of science, the FCC stated that, “even though some parties claim that the RF exposure evaluation procedures for phones should require testing with a “zero” spacing – against the body – this is unnecessary.”

This month, the agency upped the ante in another arcane notice declaring it would continue to assume that the only thing to be avoided from phones was getting a hothead.

In sharp contrast to the FCC’s stale position, the government of France is calling for phones to be tested with zero spacing between the phone and the body.

Moreover, France recommends the public reduce cell phone radiation exposure, especially for children and pregnant women. In fact, the European Union strengthened compliance tests in 2016, limiting the phone/body test distance to no more than 5mm (whereas the US allows up to 25 mm).

Over a dozen smartphone models have now been withdrawn from the market due to excessive radiation levels. These actions were spurred by the dedication of Dr. Marc Arazi and the organization Phonegate who pressured the government of France to release cell phone test data showing excessive radiation when phones tested at body contact.

Since 2010, the French have insisted that all phones sold include labeled radiation levels and wired headsets. Along with Belgium, manufacturers in France are banned from marketing or advertising phones for young children. Cyprus and France have also removed Wi-Fi from kindergartens, restricted Wi-Fi in classrooms, and banned phones in schools.

While we must remain on guard to slow viral transmission through social distancing, we also must stay equally vigilant about reducing exposures to our children to radiation never tested for their young bodies and brains.

Rather than accept false assurances that all is fine with dousing youngsters in these unprecedented wireless exposures, we must make efforts to help them and take time out from screens to save their young eyes and ears, make sure tablets remain on tables and not on young bodies, and also ensure that devices are used on airplane mode whenever possible.

We can’t default to the wireless babysitters seductively lurking within these devices. Now more than ever we should connect with our children without electronics and enjoy the moments we have with them.