How digital can unlock the trillions-euro opportunity 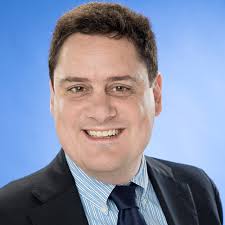 The opportunities of re-launching Europe’s digital sector are huge. The industry can play its part with fruitful and positive collaboration. But much can and should be done by promoting a new, modern wave of digital policies, writes Luigi Gambardella.

The new European Commission President, Jean-Claude Juncker, is a digital believer. On top of putting digital policies at the top of his political agenda, he appointed experienced politicians as the next Commission digital leaders. Former Estonian President Andrus Ansip and former energy Commissioner Guenther Oettinger are about to enter office respectively as vice-president and commissioner for the digital economy and society.

During their confirmation hearings at the European Parliament, they both spoke with pride about re-launching Europe’s digital sector. They both want strong European players capable of competing in globally competitive markets.

I agree with them and I believe that, in order to achieve this, we need to promote a change of perception, of approach and of mentality.

We need that change because the current policy paradigms seem not to be working any more. We need the right policies to be behind new business models and the courage to implement such policies. We can make this game a win-win for all the players involved.

The perception of the telco industry has long been influenced by the wave of liberalization: the main goal being to open markets to competition and lower prices, companies were looked at either as “big dominant player” or as “charging too much money” to consumers. This made clear sense at the beginning and the objective of achieving open and competitive markets has been attained. From today’s perspective, though, does such a way of looking at markets still make sense?

We will never seriously embrace the objective of growth and of a “new start” for Europe if we don’t change this perception. A change in perception doesn’t cost a penny, but it is necessary to start a new phase of policymaking.

Let’s talk objectives then. Do we have, collectively, as European companies, citizens and institutions, a shared objective to grab future opportunities?

For this reason I would like us to bet on a “new deal” for growth. And a new deal requires that we all share a vision and work towards its achievement. Unless this happens, growth will not follow.

Towards the age of collaboration

Some years ago, some of us had the privilege to meet Stephen Temple, the father of the GSM M.o.U., here in Brussels. He ascribed the success of the GSM project to the intense and loyal cooperation between EU operators, which made the signing of the original document in September 1987 possible.

That is precisely what we now miss. If EU governments take the digital agenda seriously, they need to do more than just apply the competition rules and wait until Adam Smith’s “invisible hand” delivers broadband for all. To unify the Continent, not only cooperation between governments is required, but also between companies. And such cooperation cannot be frustrated by overly restrictive competition rules.

The next challenge will therefore be how to further improve the cooperation between the industry and the institutions in order to attain the objectives of the new Commission.

This could be done, for example, by creating a new platform in charge of facilitating the achievements of policy goals by developing innovative industry solutions.

What is at stake is a huge opportunity. According to recent estimations by Arthur D. Little for ETNO’s Agenda for Europe (www.etno.eu), the European telecoms sector will be able to contribute with an investment capacity of more than €250 billion over the next five years. But this is not enough. To maximize economic value and welfare, more coherent and supportive policies are needed. This is key, because according to ADL, the economic multiplier can vary substantially, from 1.5 to 13 times the initial investments. In the best scenario, the value at stake for the digital transformation of Europe would be worth 3.3 trillion-euros. Isn’t this an exciting opportunity to grab?

But be aware: infrastructures and investment without real digital transformation are inefficient. Simply keeping prices low without innovation perspectives is wasteful and unsustainable and will yield short-term surplus without long term welfare creation.

This can be done, first and foremost, by alleviating traditional ex-ante regulation and by building on a simpler, faster institutional governance. Less rules, a more cross-sectorial and commercial approach will have the merit to lay the ground for an investment-friendly environment.

Second, we should better recognize the competitive dynamics of the new value chain. The services demanded by consumers imply a globalized digital value chain. For this reason, when and where regulation is still appropriate, the “same service same rules” principle should apply in the interest of both consumers and businesses.

Third, none of us wants other players to come and shop for shrinking EU telcos. Then we should acknowledge that building scale is important. And by doing that, we will also give European consumers stronger companies that can deliver a much higher consumer surplus in the long term.

Finally, EU citizens want to be reassured about data privacy and security. Trust is crucial. When lacking, consumer and businesses take-up of the new opportunities offered in the digital ecosystem is at risk. We cannot afford missing out on huge growth drivers such as big data, and the Cloud revolution.

In short, opportunities are huge. The industry can play its part with fruitful and positive collaboration. But much can and should be done by promoting a new, modern wave of digital policies.