How Europe can win in the global app economy 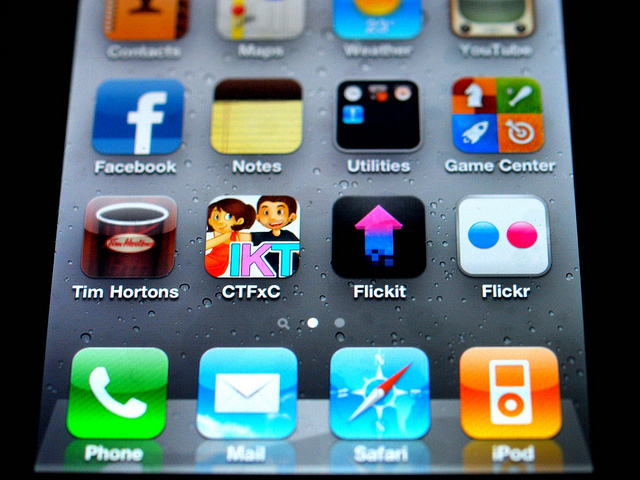 As the European Union prepares its plan for a Digital Single Market, policy-makers must take full account of the fastest growing segment of that market – the app industry, writes Sophie Mestchersky.

Sophie Mestchersky is Director for European Policy and Government Affairs at the Application Developers Alliance, an industry association.

The app industry has a deep partnership with today’s ubiquitous device: the smartphone. And, like the smartphone, apps are now part almost every business and everyone’s daily activities.

The most extraordinary part of the App Industry story may be the value that consumers place on these little pieces of software. The annual consumer surplus – the difference in the amount consumers pay for mobile Internet, which is largely reliant on apps, and how much they would be willing to pay – in only the five biggest EU countries, is €770 billion. What other industries can claim to deliver such extraordinary value to consumers?

European consumers benefit greatly from apps, but additionally Europe at large will gain from apps. For decades Europe has lived in the shadow of Silicon Valley, but the app economy offers Europe the chance to escape that legacy and build a powerful, global digital economy.

Mobile applications are transforming the way all businesses operate. Apps help businesses work with consumers 24/7, and help farmers access and utilize vital weather and disease information efficiently. New peer-to-peer services offer community, economy and solidarity across Europe. For example, hundreds of apps now match freelancers with employers, language students with each other, and those with resources to share such as a car and those who need the car.

Perhaps the most exciting app economy development is the new generation of European exporters. Lower entry barriers and a global digital marketplace enable thousands of individuals, microbusinesses and SMEs to obtain global exposure and success that are not available in traditional industries. The spillover effects of this entrepreneurial wave will ripple across the European economy for many years, and stimulate more entrepreneurs, more investment, and more new digital business.

While the potential rewards are high, it’s not easy being an app developer.  Ask the team from Angry Birds that built more than 50 games before achieving a breakout hit; or the team behind Shazam, which spent 16 years climbing toward its recent billion-dollar valuation.

Like all small businesses, app developers in Europe face daunting challenges. Raising capital is difficult, hiring employees in several locations is complicated, and accessing consumers throughout Europe is quite complex.  Recently the App Developers Alliance published a paper detailing the challenges app developers face when releasing a new app in Europe – reminding us that the app ecosystem stands to gain a lot from smart policy-making.

What do app-makers need from policy-makers?

First and foremost, app-makers need a real digital single market. Unlike competitors in the US and India in particular, European app-makers face a series of hurdles to distribute across our internal market: language barriers, outdated rules on copyright, lack of open data access, and fragmented approaches to data protection and e-Commerce to name a few.

Second, app-makers need the freedom to innovate and experiment with a variety of business models. App-makers agree with concerns that some children will run rampant with their parents’ tablets to make in-app purchases, but this should not drive overall European innovation policy. In-app purchases are the lifeblood of many of app economy startups, and most consumers purchase responsibly.

Third, policymakers must embrace the view that our European economy is digital. There is no longer a digital economy niche. Apps can be affected by every piece of sector-specific legislation from medical device rules to payments laws, and must be part of those policy developments.

Fourth, Europe must focus our education system on e-skills to ensure that our digital economy has a skilled workforce that fosters growth and entrepreneurship.

The numbers are clear: the emerging app economy is playing a lead role in rebooting a struggling Europe. As the part of the digital revolution delivering both jobs and energy to Europe, it’s time for the app industry to take its seat at the policy table.