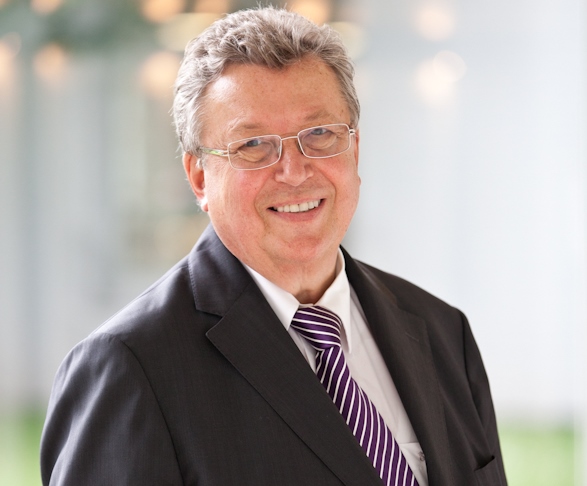 Digitisation could be an opportunity for European countries to wrest back production and manufacturing they have lost to regions such as Asia, writes Reinhold Festge.

You might have heard that the digitalisation of industry – or Industrie 4.0, as we Germans call it – will fundamentally change the way Europeans produce and consume. Politicians regard Industrie 4.0 as a game-changer with potential to re-industrialise the continent. They might be right. At the latest Cebit in Hannover, the IT world made it very clear that digitalisation is coming at an impressive speed.

However, it is not certain that European companies will benefit at large from Industrie 4.0. The concern of the mechanical engineering industry is that Europe will fail to properly set the political framework for the changes ahead, and wastes its opportunity to boost production in the EU.

The idea of how digital production could save European industry is not overly complicated. Imagine you are looking for a pair of blue sneakers with red laces.

In the near future, a shoe company will be able to produce a pair of sneakers according to your preferences. From a technical standpoint, it is already feasible to coordinate the production process by using tiny data chips imbedded, for example, in the soles.

Assume the shoes are assembled on two machines. The first one receives the signal from the chip that these particular soles need a blue upper, and sews them on automatically. At the second machine, the chip directs it to attach a pair of red laces.

Economically, this approach reduces the importance of labour costs. Manufacturers can offer an individual item at the price of a mass product. Consequently, companies might be able to wrestle back production that Europe lost to Asia many years ago.

Who will equip European manufacturers for digital production? To a great extent, it will be the mechanical engineering industry I represent, a sector shaped by small and medium-sized enterprises with 3 million employees in Europe. For them, developing and producing machines for Industrie 4.0 is a huge opportunity.

But, since the engineering industry is the heart of digital production, we recognise that Europe is not ready yet.

One of the main problems is the lack of a proper single market for goods and services related to Industrie 4.0. Unfortunately, legislators tend to treat machines from the digital age like machines from the industrial revolution, but connected to the Internet, somehow.

This has led to the EU pushing forward two separate single market packages: one for goods and services, one for a digital single market. Both initiatives will affect machines needed for interconnected production. Neither of them is sufficient.

If the single market is not ready in time, the digitalisation of industry will be shaped by companies outside the EU, notably the US. Because their home market is bigger, research and development spending will pay off earlier. As a result, worldwide standards for Industrie 4.0 will be set in other parts of the world.

The second problem is data. When all machines and products communicate – and imagine, we add to the manufacturing process even the logistic process up to the final delivery of the blue sneakers with red laces – a huge amount of data will be created. This is highly valuable information that reveals how companies produce and distribute.

Who owns this data? Who will be allowed to analyse it? The creator of the machine? The owner? The maintenance company? The software developer? We already have a debate about consumer data in Europe. We need a debate about data in industry, and if required, clear rules for their use.

Finally, manufacturers will not trust digital technologies as long as there are doubts over data protection and security. Comparable to people who hesitate using their credit card online, businesses will refuse to put data about their production at risk.

One solution might be a European approach for data platforms cloud services operating according to European rules. I foresee that it will save us a whole lot of trouble if our industry is not dependent on foreign infrastructure.

All this – single market, legal security concerning data, European cloud service – is not achievable in one day. We will need a debate rather than make it a quick shot. All the more reason to tackle these issues now. If we wait until Industrie 4.0 technology is ready to move into our companies, it will be too late.

We need a strategy – now!