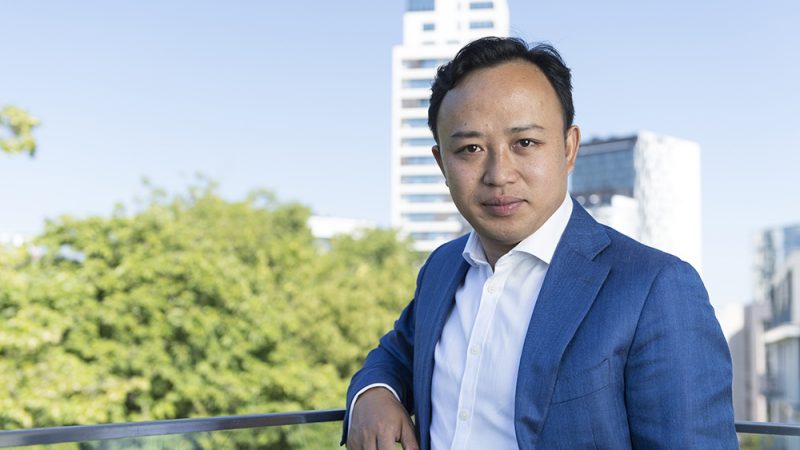 As I write, finally, cautiously, but steadily, things are beginning to return to a version of normal across Europe. For many of us, it’s like we are waking from a dream, or, maybe more accurately, some kind of nightmare.

Abraham Liu is the Huawei Chief Representative to the EU Institutions.

And, as we return, blinking, into the sunlight of our lives again, we are realizing some things have changed.

For us at Huawei, it’s been a somewhat rude awakening.

In these months we have seen a level of attack on our company unimaginable a couple of years ago. Speculation is rife that Huawei will be banned or seriously restricted across many parts of Europe. I don’t want to deal in speculation. I want do deal in facts – and the fact is that Europe needs to be realistic about what exactly is going on here.

Let us be under no illusion – Huawei is caught in the middle of a global struggle for tech supremacy and dominance – a geopolitical fight to the death – which, if it continues, will cause great harm to the world as a whole. Indeed it already has.

This battle has seen my company subjected to unprecedented and unjustified restrictions on its ability to do business around the world – all of it politically motivated.

And let’s not beat about the bush – let’s all admit what it is we are really talking about here.

Yes, we are a Chinese company! We cannot change that and, in fact, we are proud of that. And yes we are a leader in our field!

But we are also a private company, modelled on some of the greatest western companies ever.

We have observed the best of European and American business practices and applied them to our company, growing it into an international success story. That we have overtaken our competitors is not our fault. Our beginnings in China were not easy – but we worked hard. We represent the kind of innovative spirit that drives social progress and openness. If there is any private company that embodies the best of both worlds, then it’s Huawei.

And believe me when I tell you – Huawei does not want to dominate the world. You do not need to fear us. We believe in a multi-vendor approach based on fair competition. There is room for everyone. Indeed a competitive field drives innovation and progress.

And we want to contribute to making Europe a leader in the digital era. Many European countries using Huawei equipment lead the world in connectivity.

The technology we are involved in – 5G, Artificial Intelligence, connectivity solutions – has the potential to transform the world for the better and do so much good for the whole planet. This has already been demonstrated during the lockdowns, but this won’t be the case if the world is forced to decouple and fragment.

Europe should be under no illusions – everyone – not least Europe – will lose if this happens.

The EU talks much about its “Strategic Autonomy” or “Strategic Resilience” – well now is the time to demonstrate it. It is time for it to make its own decisions based on facts, and not allow itself to be used as another political football by those with their own economic and strategic self-interests. Let’s remember one thing – US interests – because that is what we are talking about – do not necessarily align with European ones – often they run counter to them. Ask yourselves this – is it just Huawei the US wants to kill, or is it also Europe’s ambition?

You may not agree with a country’s government on many things – but that should not stop you doing business with a private company just because it comes from that country. There is no logic in that – the only losers will be the consumers and customers that the EU has done so much good to protect over the years.

Indeed Huawei has been a trusted partner in Europe for 20 of those years, and come what may, we are committed to staying in Europe. Punishing a company just because of where it was born goes against all the values and standards the EU says it holds so dear, and that I have come to admire. After all, is not “united in diversity” the cornerstone of the European way of life?

The EU is founded on fairness, on equal opportunities, on the principles of the free market. It has led the way in the arena of consumer rights and protections. But this raises an important question – where are those same protections for a company that merely wants to do business in one of the most exciting and diverse markets of all?

Ask yourselves: is it right and fair that a narrative is allowed to develop, unchallenged, that a company cannot be trusted, with absolutely no proof?

I said at the beginning that this moment feels a little like awakening from a sleep. Well I believe Europe needs to wake up too – and quickly. Europe needs to realize that this zero sum game will be hugely damaging to all involved – including European consumers, whose connectivity is made possible by Huawei technology now.

The future of Europe’s ability to compete with the rest of the world – for that is what we are talking about here – should not be left up to the strategic aims of competing superpowers. People are at the heart of what Europe stands for – and people will ultimately suffer if calmer minds do not prevail. Europe and the world have enough problems to deal with at the moment – we do not need to invent more.