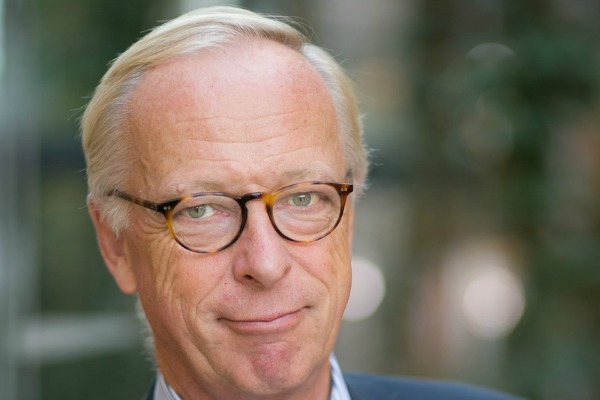 Europe needs to act decisively and clearly if it wants to harness the digital revolution, writes Gunnar Hökmark

Gunnar Hökmark is a Swedish MEP with the European People’s Party, and is a member of the Committee on Economic and Monetary affairs in the European Parliament.

For a long time internet, broadband and telecommunications have been and have seen as special sectors of our societies, as new information technologies, futuristic opportunities, and important industries in their own right. That time is over. None of these are sectors that we can decouple from other parts of our societies.

Just as the significance of electricity is not because of the importance of the electricity distribution industry, or the power production industry – it is because of the electrification of our societies in the most extensive sense – the Internet, broadband and the telecommunications industry are enabling opportunities for the whole of our modern society and the development of a world leading knowledge economy in Europe.

Leadership in internet services, broadband speeds and capacities and innovative telecommunications are the key to global leadership for the European Union, in a fast moving world. Being the most competitive industry, most competitive markets, most leading research and science, best start-ups and growing small companies, most innovative media, best educated citizens, best health care, best governments or whatever! To be a leader means that Europe can be the place where things happen, where new innovations are made, where new world-leading companies are born, and where citizens are the most empowered in the world. That’s what this is all about.

This means that we need to make decisions, not on what we want to be but what we want to do, in order to get where we want to be. New goals and new targets are not enough. We need concrete steps, decisive decisions and clear priorities. We need will power to move more than consensus on how things can be.

First of all, we need to implement already-taken decisions regarding the telecommunications market. The decisions about spectrum allocation need to be implemented. The rules for competition need to be respected. National regulators need to allow incumbents to be challenged by new entrants. The lower the prices, the capacities better and the penetration highe,r the more competition there is. If the European Commission is failing in decisiveness here, it doesn’t matter what new targets we will set.

Secondly, we need to allocate more spectrum in a European coordinated manner. The 800Mhz band must be opened up in all countries but now is the time to act regarding the 700Mhz band. Europe needs to secure that we have the best capacities, highest speeds and available resources facing the rapid increase of mobile Internet and new generations of services. Other parts of the spectrum must be reallocated for mobile broadband and WIFI in order to secure sufficient frequencies for growing use, if we want to be the growing economy we are talking about. Terrestrial broadcasting can be reallocated to more suitable parts of the spectrum at the same time, as on-demand TV will be given new and better opportunities by the internet.

Thirdly, new frequencies and new nets should be opened up for European services and for networks operating all over the EU. This could be done by pan-European operators or national operators cooperating in joint European networks. By the development of shared nets and virtual nets we can quite quickly achieve European networks without roaming but with a better scale of economy attracting more investments, not only in the operators’ networks, but also in the services made possible by the capacities of tomorrow. The costs for roaming can only be eliminated by eliminating the need for roaming. The focus for the single telecommunications market must be on legislation for wholesale operators’ access to one another’s nets and agreements’ that will not squeeze out smaller operators, but enable them to compete and to serve their customers all over Europe.

Step number four is to take the lead regarding the fixed cables and black fibre, facilitating the superior speeds and capacities we need. The structural funds need to contribute to financing in those areas where it is not commercially possible, in a way that enforces competition.

Through a combination of enough spectrum for the rapid increase of mobile services and black fibre, Europe will be able to talk in terms of gigabytes instead of megabytes, ensuring our universities, research centres, entrepreneurs and companies the highest speeds in the world and a capacity that leaves room for the exponential increase of mobile data communication that today is a precondition for competitive business and successful societies. Net Neutrality will be reality without blocking or hindering new services emerging on the net.

The fifth step is to create a European framework for copyrights. Services that today are blocked must be made open all over Europe. Otherwise European entertainment industries are doomed to fragmentation and lack of competiveness. This would be a better system for right-holders and audience alike. For the emergence of competitive European services it is fundamental.

Number six is a European sales law for internet sales and for the digital economy. If you buy a Swedish service or product from Spain, you need to know your rights and the companies need to have one set of rules when they are marketing on one single market.

Number seven is to establish a common system for VAT in the EU, with respect to the different taxes in the member states, but with one structure to manage the VAT payments when services are cross-border.

Doing this will not only give us the lead in the digital economy. It will enforce European competitiveness, integrate our regions and societies and connect us all to a Europe standing strong and united and leading the global economy.

Some fights needs to be engaged. Broadcasters will try to hold up the future. National regulators will want to keep the national regulations and the structures they have developed. Some governments will guard their frequencies in the structures of the past. Some incumbents will try to stop their challengers. Different groups will try to block the use of structural funds in order to preserve the past. But it is in our hands to give Europe its strength and leadership back. Nothing less and nothing more is what we should do.