Supporting innovation to unlock a €1 trillion IoT prize for Europe 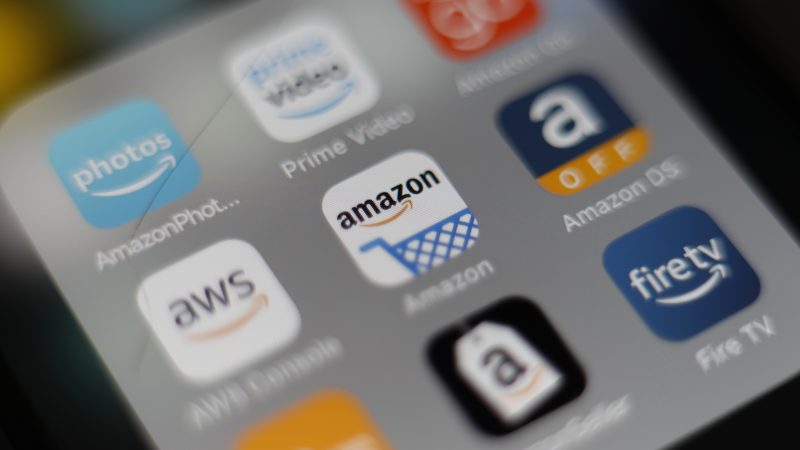 Many European small tech companies, eager to tap the potential of 5G connectivity and the Internet of Things (IoT), face a “scary reality”, writes Brian Scarpelli.

Brian Scarpelli is a senior policy global counsel at the App Association, ACT.

Imagine you’re an innovative technology business in Europe with a new ‘smart sports watch’ you want to bring to market. You’ve spent years developing it to fill a gap in a market, say in triathlon or hill-walking.

The prototypes and trials have gone well and you’re ready to make a big investment to make the idea a commercial reality. Only one hurdle awaits: securing the license for the patented 4G and 5G technology, an essential part of connecting your device.

However, you’re confident that the existing principles of negotiating for such ‘standard essential patents’ (SEPs) will make the process a routine matter because of the commitment SEP owners voluntarily make to provide access to such SEPs on Fair, Reasonable, and Non-Discriminatory (FRAND) terms.

But as you approach the relevant SEP holders to seek a license, you discover that the FRAND principles appear to have been torn up by the licensing company.

Instead, you’re faced with a set of unsustainable demands unrelated to the value of the SEP itself, such as kicking back a percentage of profits from the future sales of your smart-watch. And, because you’re a small tech business without the time, money or expertise for a lengthy negotiation which may well end up in court, you acquiesce.

Now your business plan is in doubt; the investment metrics no longer add up and you’re contemplating whether or not the product – and the chance to be part of a trillion euro market – is possible after all.

This is the scary reality facing many European small tech companies eager to tap the potential of 5G connectivity and the Internet of Things (IoT), a market, according to a European Commission study, expected to be worth more than one trillion euros by the end of 2019.

A European Parliament study reported that six of the top 20 countries worldwide with the most ‘app developers’ (that is, software apps, the consumer and enterprise touchpoint to the IoT) are members of the EU.

Another Commission study estimated that every app developer job in the EU creates an additional 1.3 non-technical and indirect jobs, on average. And it is not just apps; European companies are profitably developing hardware to complement apps, particularly in ‘wearable’ tech, health and fitness.

For European small businesses and startups, the IoT is an opportunity that must be leveraged, and a market worth growing and protecting.

But this vision will never be realized unless the FRAND commitments that ensure access to vital standards are protected against an unprecedented series of attacks from a handful of SEP holders intent on boosting their licencing income, often through legal action.

Today there’s a renewed danger that FRAND is under threat in Brussels – just 15 months after the European Commission (EC) published a Communication firmly defending FRAND principles and explicitly discouraging a variety of abusive tactics such as refusing to license or price SEP licences based on unrelated downstream innovations.

On 22 February, a new EC Expert Group on SEPs will meet for discussions about SEP policy in Europe. Its aim is to augment the clarity the EC provided in its Communication. The first items on their agenda are ‘the future of the IoT, licensing in the supply chain, non-discrimination & FRAND.’

The outcome of these Expert Group discussions may greatly affect the EU’s development as an innovative, entrepreneurial environment for home-grown tech firms to prosper, and its ability to maintain its leading role in the global IoT race.

However, when we look around, we see SEP holders spending large sums of money to marginalize the clear guidance in the EC’s SEP Communication, and to preserve their own ability to continue to make voluntary FRAND commitments and later ignore them when convenient. Much of their energy now is focused on influencing the SEP Expert Group.

It is vital that this Group considers the views of stakeholders from all sides of the SEP licensing ecosystem, not just the views of some SEP holders sitting at one end of the innovation chain.

A proper debate is needed – within the EC’s Expert Group and elsewhere, such as standard setting organisations including CEN CENELEC – to understand why FRAND is so central to the SEP licensing process.

No one will benefit from deliberations where one side is able to censor or shout-down an opposing view. The future of innovation in the EU is dependent on it. The EC has its work cut out maintaining balance in this ongoing debate. We wish its officials ‘bon courage’.