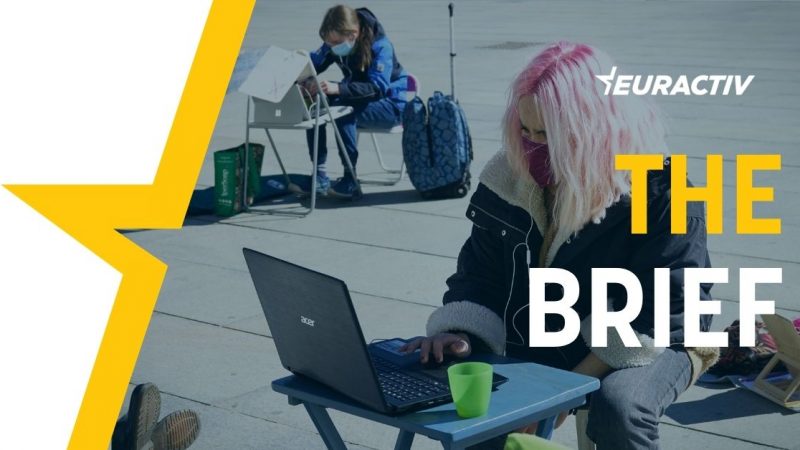 When the pandemic forced most people to work from home, Italy suddenly found itself facing a conundrum: the employed struggled to adjust to remote work, whereas an epidemic of youth unemployment meant that those who had digital skills mostly did not have a job.

Experts say the situation is the result of failing to modernise, of 20 years of talking about a digital leap with little concrete progress. The pandemic has begun to change that, acting as a catalyst for the uptake of the small steps forward the country had already begun.

In 2016, for example, Italy took steps to digitalise its public services with the Public System for Digital Identity (SPID). Uptake had been sluggish for years, until lockdown, when it became the only channel to interact with the public administration.

However, the pandemic also exposed a problem. Many older people struggled to adapt to the forced teleworking conditions, with Eurostat figures showing that almost 60% of the population lack even basic digital skills.

Meanwhile the digitally savvy young remained largely marginalised from the job market. Even before the pandemic, 28% of Italian young people were not in education, employment or training. Youth unemployment reached 33% by March 2021.

Despite their core relevance to new modes of working, digital skills are mostly ignored in the recruitment process in Italy. The country’s educational system is outdated, based on theoretical knowledge rather than real skills required in the labour market.

Faced with a career deadlock, many young Italians have opted to take their talents elsewhere, further exacerbating the skills gap. However, there are signs highly skilled individuals would be more than willing to come back if given the opportunity.

Some say the phenomenon of “south working,” the trend that saw people flock to the coasts of southern Italy to work remotely during the pandemic, might reverse the country’s brain drain.

Remote working might see some setbacks in the near future, but it’s here to stay in the long run. “Even though employers may try to restore pre-pandemic conditions, their staff have become more vocal in demanding flexibility,” said Laura Rayner, a policy analyst at European Policy Centre.

It’s likely bosses will have to eventually accept this brave new reality if they want to attract and retain the best-qualified staff. But Italy must follow up on this sudden pandemic-era workplace revolution with a bold long-term vision for digitalisation if it is to survive in the modern world.

For once, funds are not the problem in the debt-ridden country. Rome is the largest beneficiary of the EU post-pandemic economic stimulus, and the government already committed €42 billion to the digital transition.

That might look good on paper, but it’s not going to be enough. It will require a wholesale change of attitude towards digital modes of working if Italy is to avoid permanently sliding into the role of a technological backwater.

Because, as Angelo Antonio Alù, a board member of Internet Society Italy, told EURACTIV, “Italy’s most common error is that, once you realise there is a problem, you put in place a hasty emergency solution with a superficial approach and expect miraculous results. What we need here is a long-term vision to modernise the country.”

The African Union has warned that the European Union’s non-recognition of AstraZeneca COVID-19 vaccines manufactured in India risks disadvantaging people who received jabs in Africa.

EU leaders agreed at a 2009 summit that they were committed to “attracting and retaining the best teachers in underperforming schools, strengthen leadership, increase the number of teachers with a migrant background”. But little progress appears to have been made since then. Read more in our special report.

With the EU’s new climate law passing in the European Parliament last week, there is now no doubt about whether lawmakers see the need to tackle climate change. The remaining question is how Europe will achieve that, a debate that has seen lawmakers scurry back to their political roots. Read more in our Green Brief.

The European Commission is considering a wide range of measures to bring the EU’s financial sector into line with its climate goals, according to a draft strategy paper to be published next Tuesday (6 July).

European airline passenger rights, which include carriers’ legal obligation to pay refunds for cancelled flights, have not been safeguarded during the COVID-19 pandemic, according to an EU report released on Tuesday (29 June).

From 1 October 2024 – one year earlier than originally planned – coal-fired electricity generation will be banned in the UK. EURACTIV’s media partner edie.net reports.