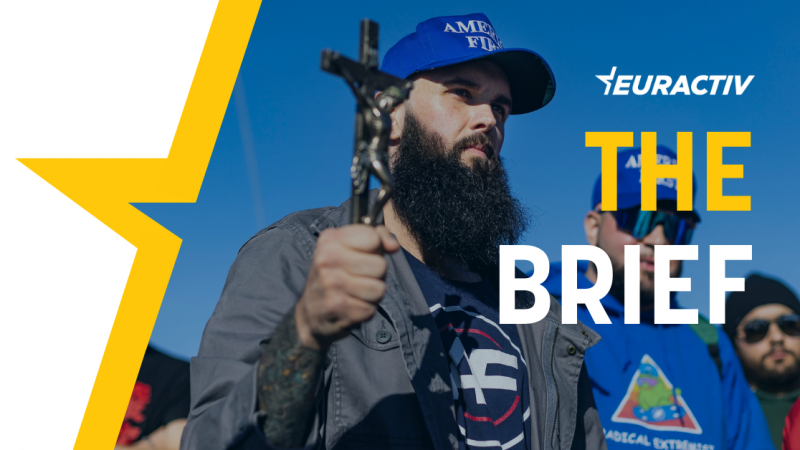 The European Commission has been caught by surprise. In its efforts to fight disinformation, it developed instruments to monitor Russia. However, new research shows that the anti-vaxxer disinformation campaign to which many EU citizens have fallen victim actually originated in the United States.

The Center for Countering Digital Hate, an international NGO with offices in London and Washington that seeks to disrupt the architecture of online hate and misinformation, made some valuable and perhaps surprising findings.

In a 40-page report published in March, the Counterhate Center found that just twelve (!) individual anti-vaxxers were responsible for almost two-thirds of anti-vaccine content circulating on social media platforms over a two-month period.

The report debunks their messages, explains how this tiny group of determined anti-vaxxers is responsible for a tidal wave of disinformation and makes recommendations for how platforms can fix it by enforcing their standards.

These US anti-vaxxer ‘gurus’ messages have been taken, adapted, and propagated in many other countries and languages. Some societies proved to be more vulnerable than others, such as Eastern Europe, where vaccination rates remain remarkably low even among vulnerable or key-worker groups.

Republica.ro, a Romanian anti-disinformation Facebook group with more than 52,000 members, has examined the issue. Its editor, Loredana Voiculescu, is the author of research that links Evangelist communities to anti-vaxxer attitudes in Romania.

Conversely, at the Greek Catholic high school, as many as 78.9% of employees are vaccinated. However, professors from Evangelical schools interviewed for the research denied a theological motivation behind the low vaccination rate.

There is no doubt that among the evangelical communities in the US, the problem of vaccine hesitancy is real. The US evangelical Christian right is also responsible for misinformation, such as vaccines containing microchips. ‘White Evangelical Resistance Is Obstacle in Vaccination Effort’, the New York Times wrote back in April.

It may not be widely known, but Evangelical churches from the US found fertile ground in Romania and Bulgaria after the Cold War ended. They are particularly influential within Roma communities, which suffer from widespread segregation and discrimination, with limited access to proper medical care or vaccines.

Could the fact that the vaccination rate among the Roma population in Eastern Europe remains extremely low be somehow also related to the activity of the local Evangelical churches, on top of poverty and social exclusion?

This question – which should go beyond Roma and apply to the wider population – should be addressed to researchers and the state services responsible for counterintelligence and countering disinformation.

In the meantime, it is evident that the EU is not prepared to face the massive (and unfortunately, very effective) disinformation campaign that can potentially destabilise its health security, coming from an allied country such as the US.

On COVID-related issues, the EU-produced ‘Disinformation Review’ continues to focus on Russia but such a simple-minded approach is an insult to the intelligence of European taxpayers.

As predicted, COVID recovery planning has maxed out administrative capacity in many member states, at the expense of the EU’s long-standing structural investment program. Officials say that “in the best-case scenario,” they only expect to see drafts for one-fifth of member states’ cohesion spending plans by the end of the calendar year.

And the European Commission is set to propose either a recommendation or a delegated act to extend the use of the COVID certificate to travel in the EU. The certificate will expire twelve months after the second jab, meaning travelers will be required to take a test or receive the third vaccine shot.

In one of the largest deals of its kind, Google has struck a five-year deal with Agence France-Presse (AFP) that will see the tech giant pay to reuse journalistic content. The agreement comes after 18 months of negotiations between the two parties amid complaints from media that tech companies use stories in search results without payment, thus decreasing advertising revenue.

European homeowners are looking towards hydrogen to heat their homes, but a new study suggests that this may not be the way forward, despite the “enormous hype” surrounding hydrogen. “The role of hydrogen for climate neutrality is crucial but secondary to direct electrification,” write the authors, who forecast that hydrogen will account for 16-25% of final energy demand in Europe by 2050.

Meanwhile, the Commission is preparing for the launch of an EU-wide database to certify the carbon footprint of hydrogen and other low-carbon fuels in a harmonised way. The carbon certification of hydrogen production – currently 96% reliant on fossil fuels – is seen as crucial to introduce some transparency and traceability in the emerging EU market for low-carbon fuels.

And in line with its low carbon strategy, the French government aims to make agriculture greener through the development of carbon sequestration in soils. French farmers salute the strategy but call for stronger aids for the transition to be financially sustainable.

The UK and the European Union appear to be edging closer to a compromise on the Northern Ireland protocol after a week of softening rhetoric from both sides.

In Bosnia, coal miners fear that the “green revolution” will close the nation’s 11 remaining coal mines, which once employed and supported thousands of Bosnian citizens as the pride of communist Yugoslavia. “Production is constantly decreasing, as are the number of employees. People don’t feel safe and are looking for an alternative,” one miner explained.