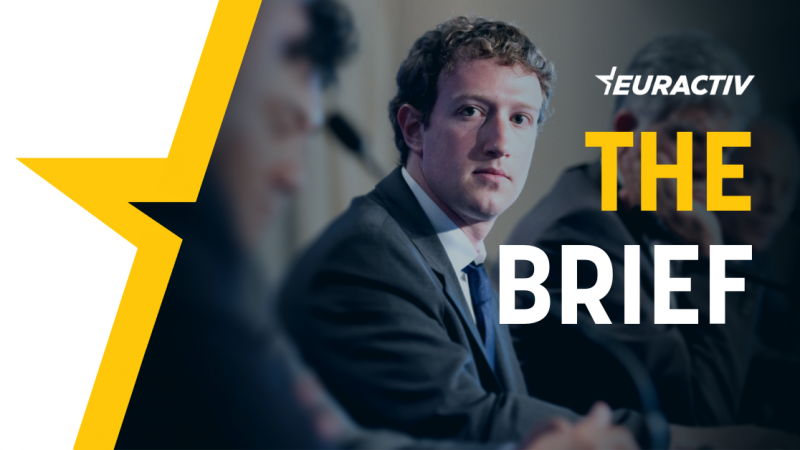 As Facebook, Instagram, and WhatsApp all went down for several hours on Monday, users moved to Twitter, TikTok and Signal, and were quick to make fun of the situation.

Facebook’s employees in Menlo Park were probably not laughing, though, as they could not even access their headquarters. The worst outage since 2008 could hardly have come at a worse time.

The day before, Frances Haugen, a former Facebook employee, revealed on national television that she was the source of the Facebook Files, a series of internal documents leaked by the Wall Street Journal.

The Facebook Files cast a dark shadow over the social media giant, suggesting that the company was aware of Instagram’s negative effect on teenage girls and did nothing about it. Other revelations point to the fact that Facebook tweaked its algorithm to present itself positively and that high-profile users enjoyed a special treatment on content moderation.

The allegations generated widespread anger, to the point that some defined Facebook as “the largest autocracy on Earth.” The company’s attempts to downplay the revelations have had little effect so far.

Meanwhile, Facebook’s stock plunged 5% – wiping off $6 billion of Mark Zuckerberg’s assets in the process – due to the revelation and the subsequent service outage.

Zuckerberg is in no short supply of problems. He has often been criticised for failing to innovate, as all significant upgrades in Facebook’s portfolio came from takeovers of other companies. That won’t be an option for TikTok, though, which is now the most downloaded app globally.

Facebook’s position as the world’s second-largest advertiser is also being challenged by Apple, which now asks iPhone users if they would like to be tracked when not using a specific app. If the current opt-out rates continue, the social network might lose more than 40% of its revenue.

Facebook is also under intense scrutiny on both sides of the Atlantic for antitrust probes and privacy-related lawsuits. The one currently pending in Ireland, in particular, might have devastating consequences.

The decision of Ireland’s Data Protection Commission is due in the coming weeks and many privacy experts say the privacy watchdog has no choice but to block the social media’s dataflows between Europe and the US.

Another thorn in the side of the social media giant is the upcoming EU regulation on digital markets, as it would prevent platforms from combining data across their different services without the users’ consent.

Remember Facebook’s acquisition of WhatsApp in 2014? It was precisely to pool in the vast amount of data generated by the popular messaging app.

Long gone are the days of Barack Obama, when social media was seen as a new channel for democratic participation. Since the Cambridge Analytica scandal in 2018, the music has changed, but Facebook has refused to change along with it. For how much longer remains to be seen.

Ahead of Wednesday’s EU-Western Balkans summit, draft documents indicate that the EU will “reconfirm its commitment to the enlargement process” for the six Western Balkan nations. However, officials have not announced a set timeline, and enlargement talks are not expected to be a major topic during the French EU Presidency in 2022.

Following Sunday’s release of leaked financial documents in the Pandora Papers, EU lawmakers urged finance ministers to review the blacklist of global offenders, which has not been periodically revised since its creation in 2017. Instead, finance ministers approved the removal of Anguilla, Dominica, and Seychelles from the list during their Tuesday meeting.

The US State Department is also reviewing the Pandora Papers, but is not in “a position to comment specifically,” spokesman Ned Price said. Among other information, the papers reveal that over the past decade, South Dakota, Nevada and more than a dozen other US states have transformed themselves into leaders in peddling financial secrecy.

Ahead of voting on a report on the future of the EU-US relations in the European Parliament on Wednesday (October 6),  lawmakers discussed EU strategic autonomy and asserted the need for the bloc to keep its American ally close.

The UK has imported cheap labour from other areas, such as easter Europe, for the past 25 years — but the practice has been suddenly upended by Brexit and COVID-19. Prime Minister Boris Johnson says wages, and therefore prices, will have to rise.

Major world airlines made a joint pledge to reach “net zero” carbon emissions by 2050 during a Monday meeting in Boston. “For aviation, net zero is a bold, audacious commitment. But it is also a necessity,” said Willie Walsh, director general of the International Air Transport Association (IATA).