The Brief – Should we give the word to those who would take it from us? 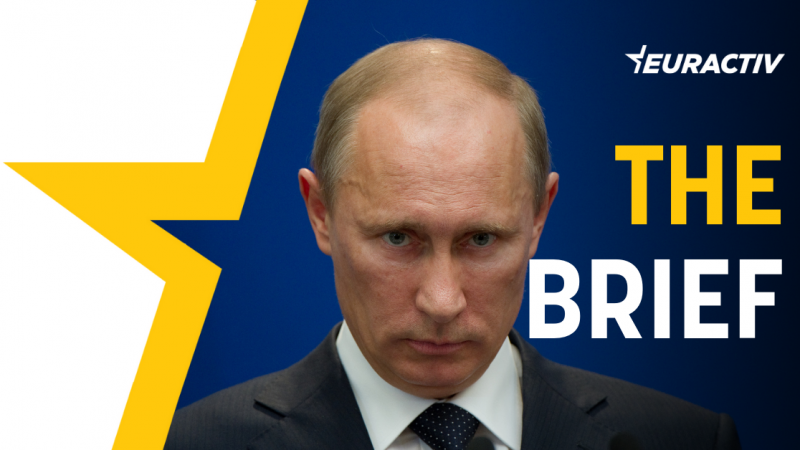 Last week, the EU banned Russia Today and Sputnik for promoting blatant war propaganda from the Kremlin related to the Russian invasion of Ukraine.

Such an unprecedented step raised questions of legitimacy. Media regulation is in the hands of national authorities that are independent of the government for a reason, namely that these decisions should not be political.

Instead, the ban was rolled out in the form of economic sanctions, agreed by member states at the highest political level. Already before the ban, RT lamented the increasing political pressure on media regulators to act against Russian-controlled outlets.

At a hearing in the European Parliament on Tuesday (8 March), the EU’s High Representative Josep Borrell dismissed the freedom of information debate, arguing that the EU is not trying to establish a Ministry of Truth and that the outlets concerned could not be considered free or providing information.

“What we have to focus on are foreign actors, who intentionally, in a coordinated manner, try to manipulate our information environment to advance their own purposes and to harm us,” Borrell said.

At the same time, the hypocrisy of Russia came to the fore again. While RT complained that Europe was breaching freedom of speech, Moscow was clamping down on the last independent media in the country and bombing Ukrainian TV stations as if they were military targets.

Still, it is ironic that the EU used the foreign interference argument, which is very familiar for Russia and other authoritarian regimes when they try to shut down international media, usually less dependent on government-allocated funding and advertising.

On the world stage, the EU normally takes the moral high ground in relation to media freedom, reprimanding any political interference with press freedom. Next time an authoritarian regime censors a media, accusing it of promoting terrorism or being a tool of a foreign power, it will be very difficult for European leaders to dispute that argument.

“The challenge for democracies is to fight disinformation while preserving freedom of expression,” said Ricardo Gutiérrez, secretary-general of the European Federation of Journalists.

The dilemma is not a new one. As Martin Wight noted, Nazi fascism posed a similar challenge as it used the freedoms provided by liberal democracies until it had the upper hand and could deny freedoms to others.

Seeing how different European countries reacted to this challenge is a sign that there is no straight answer.

In Germany and Italy, spreading Nazi or fascist content is illegal, for obvious historical reasons. Many other countries take a different approach, preferring to discuss things openly and persuade people to change their minds.

These different definitions of illegal content are doomed to come to a head as Europe is about to adopt its new content moderation rulebook, the Digital Services Act. The upcoming EU regulation is meant to put a stop to the online Wild West.

Indeed, the unprecedented level of access of online platforms has opened the door to large scale disinformation and manipulation from malicious actors.

However, while online platforms are actors with their own agency and logic, they also tend to exaggerate behaviours and tendencies that run deep in our societies, from the rejection of scientific reasoning to the constant need for social validation.

Mature democracies should have little to fear to give authoritarian voices the word if they are self-confident about their shared values. Shutting the door to different views is often a sign of weakness, as it means you do not trust your citizens to critically process information.

In other words, Russia’s hybrid warfare is offering Europe a distorted reflection of itself, and the Old Continent does not like what it saw. To paraphrase a sentence from Italian singer Giorgio Gaber, “I am not afraid of the autocrat per se, but of the autocrat in me.”

Any Russian business that wants to work with individuals or entities from its “unfriendly countries” list will require government approval, Moscow said on Tuesday, following the publication of the list on Saturday.

The UK faces a hefty fine for underreporting customs duties applied to Chinese footwear imports when it was still in the EU, according to a judgement on Tuesday by the European Court of Justice.

The French audiovisual regulator has filed a lawsuit demanding the blocking of five pornographic websites, which have been on notice since mid-December for failing to ensure that their content is not accessible to minors.

European Commission Vice-President Frans Timmermans stood up for the Green Deal objectives in the EU’s farming policy despite the calls of prioritising food security aspects in the wake of supply disruptions caused by the Ukraine war.

Israel was poised Tuesday to extend financial guarantees for its airlines to fly into Russia, raising criticism in Kyiv as most Western airlines boycott Russia over its invasion of Ukraine.