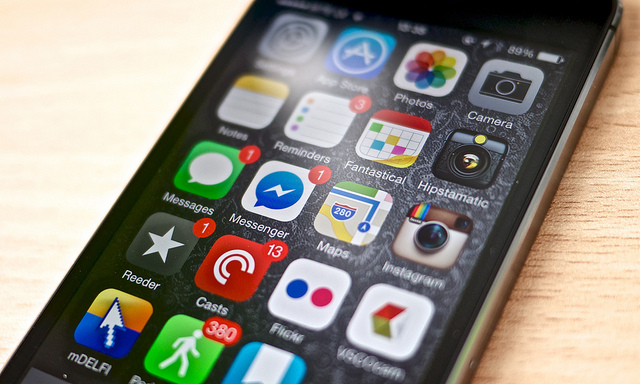 Europe’s insistence on thwarting the US technology industry—including with its investigation of platforms—is putting our economic integration into question.

Stephen Ezell is the Vice President for Global Innovation Policy at the Information Technology and Innovation Foundation.

These are unquestionably constructive steps toward a more innovative and prosperous European economy. Yet some of the underlying motivations for the Commission’s vaunted strategy are fundamentally misconceived and could easily steer the project in the wrong direction.

Chief among these missteps is the desire to close a purported digital trade deficit with the United States, which the Commission says allegedly stems in part from unfair competitive practices on the part of America’s digital giants.

But the truth is that any European digital trade deficit is vastly outweighed by massive EU trade surpluses with the United States in other industries, like automobiles. If an American digital trade surplus exists at all, it is not a result of unfair business practices.

European concerns over digital trade deficits miss the central point that Europe’s real policy goal should not be to spur greater production of information and communications technologies (ICTs), but to encourage companies’ use of them, because that is what generates the lion’s share of new value in modern economies. The Commission must embrace the concept of comparative advantage and encourage the use of ICTs if it wishes to forge a successful Transatlantic Trade and Investment Partnership (TTIP) agreement.

Nevertheless, despite its original intent to sweep away barriers to digital trade across Europe, the Commission’s strategy focuses excessively on how it can bolster local digital technology companies to compete with those from the United States. It does this in part by suggesting that cloud computing services should be delivered from Europe and in part by launching an investigation into the role of leading digital platforms developed by American enterprises, such as Google’s search engine and Facebook’s social network.

These components of the DSM appear to be driven by a desire to eliminate an alleged European digital trade deficit. As a February 2015 memo from DG Connect staff to Günther Oettinger, the European Commissioner for Digital Economy and Society, charged, “[W]hile EU app developers account for 42% of global consumer application revenue, the overall EU trade balance of the app economy is negative €128 million [$145 million], mostly due to the app platform fees that EU developers pay on revenue earned to North American platform owners.”

This largely explains the motivation behind Commissioner Oettinger’s recent proclamation of the necessity “to replace today’s Web search engines, operating systems, and social networks” with European ones.

Yet European policymakers’ attempt to justify indigenous ICT development policies on the basis of supposed trade imbalances is misguided. The ongoing platform investigation is a part of those digital policies.

First, even taking the €128 million deficit figure at face value, it amounts to a minuscule sum—less than 0.02 percent of total two-way US-EU trade. Second, the €128 million deficit statistic comes from a 2014 GigaOm Research study, Sizing the EU App Economy, which arrives at the figure simply by subtracting the amount spent by EU consumers on applications in 2013 (€6.11 billion) from the revenues earned by EU developers from app stores (€5.99 billion). The report asserts that this gap is due to trade—specifically due to those “app platform fees EU developers pay on revenue earned … [which] virtually in all instances flows to North American companies.”

But the report provides no further evidence that those app fees are the source of the trade deficit it claims. Moreover, it should be noted that the study finds that, “European Union [app] developers have proved highly successful at monetizing the global app economy” with EU app developers accounting for 42 percent of the total app revenue across the United States and EU.

But perhaps the most disconcerting facet of the Commission’s focus on the digital deficit is that it implies that the Commission believes the EU should run a trade surplus in all industries with the United States, including information technologies.

Yet Europe already runs a very large trade surplus with America. Since 2003, Europe has tallied a $568 billion net surplus in trade in goods and services and income payments with the United States (in 2014 dollars).

Europe also runs large trade surpluses with the United States in sectors including automobiles, automotive parts, and industrial goods. Yet the United States has not opened investigations into supposedly unfair practices on the part of European firms competing in those sectors.

American policymakers have not gone down the European path because they by and large subscribe to the notion of comparative advantage. But it appears that the Commission does not want America to have any sector where it leads the world, even as it continues to run large trade deficits with Europe.

European officials seem unable to recognize and accept this fundamental tenet of global trade and instead insist on a Chinese-like autocracy where Europe has to run a trade surplus with America in all types of industries, including information technologies. If that remains the case, then the prospects for true transatlantic economic integration through the proposed TTIP agreement certainly appears problematic.