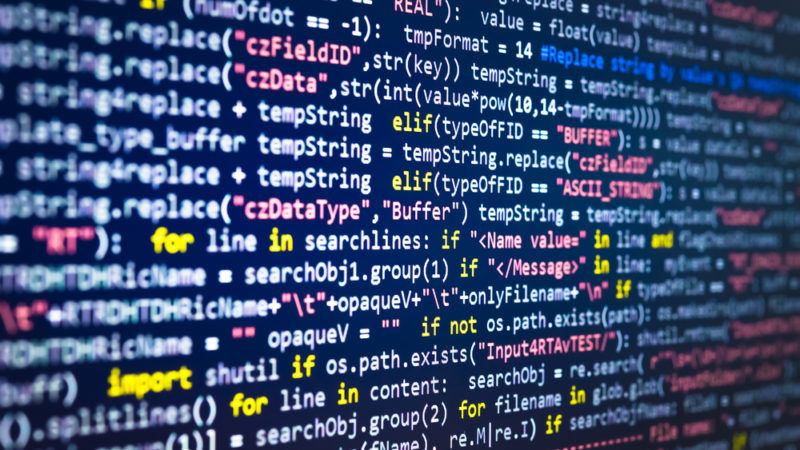 The European Commission is currently reviewing all of its 12 data sharing agreements with countries outside the bloc. [Shutterstock]

There are weighty contradictions in how the progressive-left camp interprets the term ‘freedom’.

Their approach to trade and economic policy sees them trying to impose measures, in the face of neo-liberal resistance, to counter the freedoms of an uncontrolled market with a strong regulatory framework for social and environmental standards, and I agree with this.

On the other hand, the same camp is overshadowed by a network policy debate, which follows a fundamentalist concept of freedom and protects internet giants from stricter regulation by giving primacy to internet freedom.

Network freedom, promoted by Google and Facebook and also NGOs such as La Quadrature du Net and EDRI, would be under threat with increased government regulation and excessive control of the internet, and alarm bells would soon be warning of censorship. But this anarchic freedom also brings with it a long list of negative symptoms.

Citizens are refused every opportunity to find out the criteria by which search results, news material and products are recommended for them on the internet, or the basis on which our creditworthiness and insurance rate are calculated. Society remains incapacitated, with the workings of algorithms guarded like black boxes beneath a smokescreen of trade secrecy and over-complexity.

Data monopolies are ‘walled gardens’, with companies like Facebook, Amazon and Google giving priority to their own services and making market access more difficult for potential competitors, so the question arises as to when these services overstep the mark and become public utilities.

Another issue which has for years been the subject of a bitter dispute is copyright and fair remuneration for artists whose works are on the net. Platform operators exploit such content but there is no corresponding payment for right-holders. Fair taxation of global digital players and implementation of social labour standards in the internet economy are additional challenges.

Progressive politics should confront these problems robustly with a view to social renewal and political enlightenment.

Rather than allowing the internet monopolies to call the tune, we should try to establish a system of smart governance and regulation, out of a sense of European self-awareness, leading to the installation of a regulatory framework enabling us to benefit fully from our fundamental rights and civil liberties on the internet.

The example of Commissioner for Competition Margrethe Vestager, who is in the vanguard of a progressive competition policy with her proactive approach towards Apple, Google & co in the US, shows that this can be done.

The first ideas for new structures and instruments are close at hand, with a more robust right to access algorithm-linked data for citizens coming into force in May 2018.

New tax models for digital companies trading in Europe are being drawn up by the Commission. Opening up the mountains of data of the internet monopolies to competitors and the creation of a digital agency for the EU to guarantee more efficient digital market supervision are two of the issues under discussion.

The EU Copyright Directive, which is currently being negotiated by Parliament and the Council, is set to start regulating internet monopolies in the coming months but doing so must not restrict the freedom of linking. In my view, we should not fall for Google’s ‘freedom’ narrative in this discussion.

Rather, we should adopt a political approach that supports an open internet but also fair remuneration for artists and take action, on the basis of due process, against fake news and hate speech.