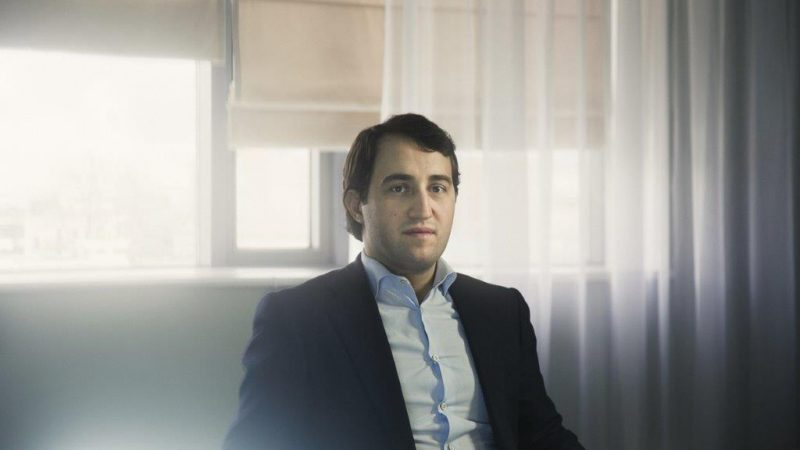 Said Gutseriev is a founding partner at Larnabel Ventures.

The Metaverse is going mainstream, and European brands would do well to spot the potential value of shared virtual spaces that transcend borders.

What is the Metaverse?

The Metaverse is bursting into the mainstream. While the term ‘Metaverse’ has been floating around the gaming industry for years, it is only in 2021 that we are seeing it become a fully functioning ecosystem. The Metaverse is operating as a shared virtual space where users can interact with other users and their environments with ease, and leaders in the Metaverse are bringing some of the best-loved brands into these virtual worlds.

How have some companies already incorporated the Metaverse into their respective industries?

Big global players such as Marvel and Disney have, unsurprisingly, already shot ahead to demonstrate the power of potential activations for the entertainment industry. Utilising the versatility of games like Fortnite, Roblox, and Minecraft, gamers are getting used to seeing familiar characters and landscapes populate their favourite gameworlds.

Entertainment companies will be forced by their consumer bases to engage with the Metaverse in the coming years, so leaders in this space would do well to pay attention to what is already being done by brands in the Metaverse, and be prepared to move quickly to maximise the potential reach of a Metaverse activation.

Given Mark Zuckerberg’s recent announcement about how Facebook will become Meta, how do you see Big Tech’s role in the development of the Metaverse ecosystem?

Consumers are responding positively to the Metaverse, and as a result it has caught the attention of Big Tech leaders who seek to dominate the space in years to come. It was worldwide news when Mark Zuckerberg announced 10,000 new employees across the EU to develop Facebook’s metaverse offerings last month[i]. This new commitment didn’t strike me as surprising, given Zuckerberg’s comments earlier this year – in July he said he wanted to transition away from being seen as a social media company to becoming a Metaverse company. Facebook has been synonymous with ‘social media’ for nearly two decades, so Zuckerberg turning his focus over to the Metaverse should put the gaming and branding industries on standby.

From your experience working in the tech industry in Europe and Russia, what sort of hardware do you think is required to support the Metaverse ecosystem internationally as its popularity grows?

If Facebook intends to act as a hub for Metaverse content by providing the technological infrastructure, in a similar way to how the company is building telecommunications hardware to facilitate online offerings around the world[ii], branding agencies should be paying closer attention than ever to the prospective landscape on offer. The hardware needed to facilitate these advances is crucial, and for this reason I have invested heavily into GFN’s services in Russia and in Europe – to make sure creators have the building blocks they need to create credible and engaging activations for audiences.

The myriad applications for the Metaverse are waiting to be unlocked, and I want to ensure that once brands are ready to engage in the space, they will find a robust infrastructure which does their creation justice on-screen.

As an entrepreneur, I know that those seeking to emulate Facebook’s Metaverse model will flock to virtual spaces quicker than ever so that they don’t miss out on the next generation of marketing activations, so it is worthwhile paying due attention to firms that have already achieved a head-start.

Outside of the Silicon Valley, how do you think different industries can utilise the Metaverse?

In the UK, where I am based, the most innovative branding agencies are already showing the potential of the Metaverse to engage audiences in novel and creative ways. ITV, the UK’s second largest broadcaster, showed their confidence in the potential of the Metaverse earlier this year by backing Metavision – a studio and agency looking to take some of the UK’s leading television intellectual property (IP) to this virtual space.

On Fortnite, which boasted 350 million unique users this year alone[iii], Metavision created an immersive and engaging set of challenges based around new gameshow ‘The Void’. The challenges derived from elements of the show, with players completing 20 skill games around a bespoke map. Over 700,000 users logged on to play the minigame, an impressive first showing for ITV’s first foray into Metaverse-tailored content.

Looking ahead, what do you think the biggest opportunities for the Metaverse will be?

The symbiosis between metaverse content and original intellectual property will become increasingly prevalent as more activations attract international consumer attention. With just under one-third of the number of its viewers engaging with original Metaverse content, entertainment brands should soon consider how to bring their programmes to the Metaverse to emulate the Void’s success. Failing to capitalise on a keen user base which has not yet been saturated with Metaverse content will only benefit early adopters.

The Metaverse is still young, and mainstream activations are surely going to become more common and more sophisticated. With virtual NFL stadiums being used to promote the Superbowl in Fortnite, pop stars like Ariana Grande hosting virtual concerts to promote her tour in the Metaverse, and Coca-Cola branded wearable outfits being launched in Samsung AR, it’s clear that bigger players are already making inroads to scope out the potential of the Metaverse.