The tech sector needs to take the lead on gender equality 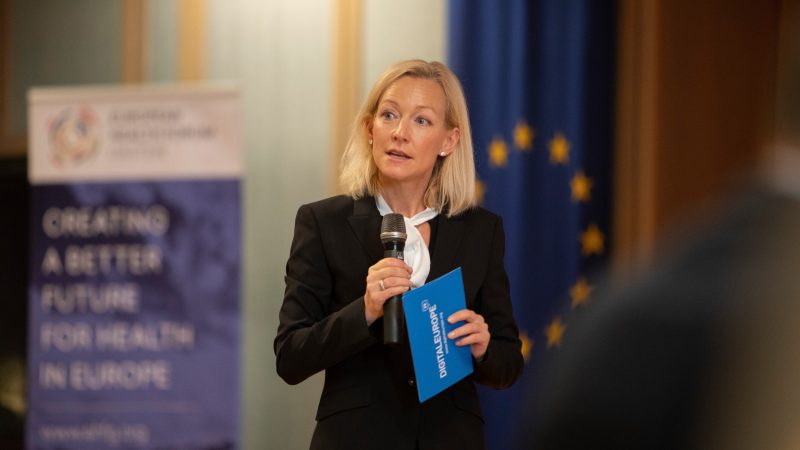 This article is part of our special report A Man’s world: Challenging gender stereotypes in the tech sector.

Europe still has a gender problem in business. Data from the European Institute for Gender Equality suggests that amongst Europe’s largest listed companies, only 8% are led by female CEOs. Less than a fifth of executives are women, and only a third of managers. In short, women are still a minority in leadership positions.

And yet, all over the planet women have proven themselves to be capable leaders. Just look at some of the most successful government responses to the Coronavirus crisis – in Germany, Finland, New Zealand and Taiwan. What do all these places have in common? A woman in charge, of course.

So what is stopping talented women from breaking through?

Partly it is a problem of perception. The idea of a strong male leader still looms large in our culture. This is not just about what men think. Shockingly, less than half of women in developed countries like France, Germany and Italy said that they would ‘feel very comfortable with a female CEO in charge of a major company in my country’, according to the Reykjavik Index for Leadership.

Throughout my career, I have faced comments that men in my position will never. As a young woman working in the tech sector in the 2000s, I remember being told by our CEO that he would never hire a male PA because ‘that is one job where women are just better by nature’. On another occasion at a board meeting, my concerns about the worrying signs in the global economy were dismissed with jokes and I was informed that ‘women are worried creatures’. The year was 2008, and two months later the crisis hit Europe.

Having good role models is essential for women in business. As a young person searching for one’s identity, you mirror others. For me, that person was my mother, who is a renowned professor and scientist. She was a real frontrunner in an age where the social pressures were even greater than anything my generation has experienced, supported all the way by my father.

Many women suffer from a lack of role models. This is why on Wednesday we hosted an online event on women in the tech sector. I was thrilled to have Commissioner Mariya Gabriel with us – a real champion of both women’s leadership and the digital sector in the EU. Alongside her we had an impressive range of top female executives: Elisa Garcia Diaz, Head of R&T Cooperations at Airbus, Pastora Valero, VP at Cisco, Anja Monrad, Senior VP at Dell, Marianne Dahl, VP at Microsoft, Hilary Mine, VP at Nokia and Cynthia Sanfilippo, VP L’Oréal, as well as Maria Nikkila from the Finnish Ministry of Finance.

One of the most important takeaways from the event was that there must be at least 30% women in leadership roles before female leaders are considered normal. Until then there are often unconscious biases that lead to men employing mini versions of themselves. In addition, we learned that it is often the large global tech companies that are at the forefront of gender issues, with the smaller European companies somewhat lagging behind. Finally, there is a fundamental need for more women in cyber security, where diverse teams have been shown to be much more effective at catching cyber attacks.

In the tech sector, the problem of gender inequality is deep-rooted. According to Eurostat, fewer than two in ten ICT specialists’ jobs in Europe are held by women. Typically, girls do as well as or outperform boys in sciences and maths, but then something happens and their interest starts to wane by the age of 15.

In DIGITALEUROPE’s 2019 manifesto I made it our objective to boost the percentage of women working as ICT specialists from 1% to 6% by 2025. We are key partners in Women4IT, a pan-European pilot project that will train 700 girls across 7 countries and help 1000 more find a digital job that could fit for them. After this pilot phase, it is hoped that this can be scaled up to reach thousands more young women who could potentially be interested in a job as a web developer, a data analyst or a graphic designer.

To me, gender equality is about giving everybody the same opportunities in their career. As the Director-General of DIGITALEUROPE, I am proud of our diverse team. Neither age nor gender are relevant for promotions and salaries, just skills and talent.

Inequality in any industry is bad for business; a lot of talent is going to waste. It’s also bad for wider society because it increases the likelihood of bad decisions being made concerning products and services that millions of women will use. In her book Invisible Women, author Caroline Criado-Perez highlights the fact that in car crashes women are 50% more likely to be seriously hurt. Why? Because crash dummies are designed like men’s bodies.

This is also a problem in our sector, where code is often written and products conceived by gender imbalanced teams. Will software that has been designed solely by male computer programmers be the best possible product it could be? Equality isn’t just about helping women, it’s about being better businesspeople.

Achieving a more equal representation in the tech sector and the wider business community should not be seen as a burden but as an opportunity. We have so much more to gain than we have to lose. The way to get there is through businesses and governments working together and through women inspiring other women.