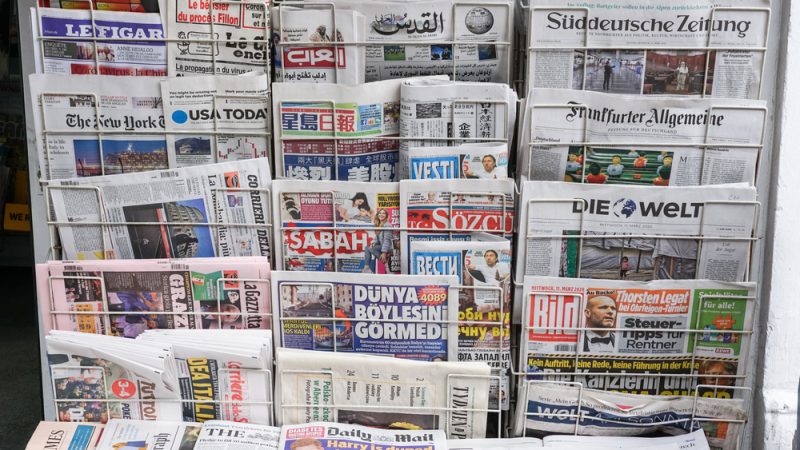 When Maltese journalist Daphne Caruana Galizia was brutally killed in October 2017, there were 47 lawsuits pending against her. They were part of a strategic effort to intimidate her, to deprive her of time and resources, and ultimately to silence her.

These abusive lawsuits are known as “SLAPPs” – Strategic Lawsuits Against Public Participation – and are used by powerful actors (corporations, public officials, high-profile businesspeople) in an attempt to stop individuals or organisations from expressing critical views on issues of public interest. Journalists, human rights defenders, academics, and civil society organisations are among those who are most often targeted.

Commissioner Jourová has already indicated that she is in favour of taking action. In June she replied to MEPs, who had written to her to call for an anti-SLAPP directive, saying that she would look at “all possible options to address this matter”.

But there appears to be less of understanding among other stakeholders – including member states – about what SLAPPs are, how widespread they are, and the impact they are having on our democracies. This understanding is essential to enable effective and legally binding instruments to be adopted.

What is a SLAPP?

Journalists who we spoke to as part of our ongoing research into the impact of SLAPPs, emphasised that those who sued them were looking to silence them above all else. “It was quite clear from the beginning that it was not even meant to win the case but rather to make us stop writing about the things that were happening,” explained Belgian journalist Tom Cochez, describing his experience of having faced a SLAPP last year, “it was rather a chilling effect that they were looking for rather than really winning the process in court.”

They repeatedly expressed the inordinate drain on time and money caused by these lawsuits. “I think part of it is just dying by a thousand paper cuts, just to tie up resources, just to have these frivolous lawsuits,” said Peter Erdelyi of the Hungarian news site 444.hu which, according to Erdelyi, received dozens of vexatious threats in the last year. “You have to understand that the people who are doing the suing – some of the wealthier oligarchs, public institutions or big companies – their resources are infinite.”

Already this year, five alerts have been filed on the Council of Europe Platform on the Protection of Journalism and Safety of Journalists, in relation to such legal threats and actions against journalists in Bulgaria, Belgium, France, Poland, and Romania.

These include a criminal complaint against the EUObserver and a lawsuit claiming €1 million in damages against two Newsweek Poland journalists.

Democracy relies on watchdogs that are free to speak out and hold power to account. But, fearing an expensive and time-consuming lawsuit, some individuals and organisations are instead opting to stay silent. Freelance journalists are particularly vulnerable, without the support of a media outlet behind them. According to Italian lawyer Andrea di Pietro, who has defended multiple SLAPP victims, “Such lawsuits make you want to change the subject – it’s a form of self-censorship caused by million-euro lawsuits.”

Not only are vexatious litigants abusing the law by filing SLAPPs, but they are picking and choosing which jurisdictions are most likely to serve their interests: after Luxembourg’s public prosecutor rejected the criminal case against the EUObserver earlier this year, the plaintiff expressed their intention to file a criminal complaint in Belgium instead.

The varying levels of risk across different member states have been observed by media outlets. “We can publish something in Danish without any legal risk,” said Jesper Nymark, executive director of  the Danish investigative media outlet Danwatch, “but if we publish the same in English for example, we have experienced getting [legal threats] from British and Irish companies.”

SLAPPs threaten not only freedom of expression and media freedom, but access to information, rule of law, and our very democracy.

The EU must act

An EU-wide approach is needed to prevent this abusive practice from continuing. A policy paper published in June by 119 NGOs, including Index on Censorship, called for the EU to put an end to SLAPPs by adopting a series of complementary measures, including an anti-SLAPPs directive.

Media outlets, including Danwatch, are also urging action: “We really hope that you can penetrate the politicians and stakeholders in regards to this matter,” Nymark told Index on Censorship, “I think that for independent journalists and also for small investigative teams, this is going to be an issue, and I think it’s going to increase.”

The words of the Commission and the Parliament have been so far been encouraging. But action is unlikely to be taken without the support of other stakeholders, especially member states. They must speak up and speak out against SLAPPs so that much-needed action can be taken soon.