The market for smart city services is estimated to be worth more than $1.5 trillion over the next decade. [Shutterstock]

Eric Woods is a research director with Navigant Research. In a new report, Smart City Platforms, he examines the evolution of the global smart city platform market and provides recommendations for cities and suppliers.

The idea of the smart city platform encompasses both the technical aspects of the platform concept and an emerging vision of the city as a service, enabling an innovative ecosystem of urban service providers from a diversity of industries.

As such, the smart city platform is not a single product category but rather an umbrella concept for diverse offerings and bespoke city approaches. Navigant Research defines a smart city platform as an integrated capability for coordinating data, applications, and services at one or more levels across operational domains for multiple stakeholders.

We expect cities to invest more than $4 billion in smart city platforms over the next decade. However, such platforms will underpin a market for smart city services that is estimated to be worth more than $1.5 trillion.

The evolution of smart city platforms

Platforms today are closely associated with the emergence of new virtualised business models that are disrupting many traditional business domains, including retail, transportation, hospitality, and energy.

Uber and Airbnb have already shown how city services can be transformed through platform offerings, but also how contentious such services can be. Many cities are striving to ensure they benefit from such innovations while maintaining appropriate control over the quality of services through new regulations and the refinement of city policy.

City platforms may exist in parallel with commercial services (like Uber), integrate more closely with them, or provide an alternative model for public delivery that allows city governments to respond to citizen requirements in the digital age.

For many cities, the development of their smart city platform will be an evolutionary approach, developing from initial projects for data sharing, IoT deployments, and sector-specific solutions.

One of the most obvious paths for cities is to evolve their initial investments in open data platforms to provide a more comprehensive platform for collaboration and data sharing. Dubai provides an ambitious example of this approach.

Dubai Pulse, created by Smart Dubai and du, the telecommunications company, is now deployed as a platform for data sharing and a range of additional services, including analytics, big data, computing, and storage services.

Some cities are looking at their investment in city networks to provide the basis for their platform strategy. San Diego is one of the first cities to commit to a large-scale integrated platform for smart city deployments based on its investment in smart street lighting.

The city is working with an array of private partners to deploy 3,200 intelligent nodes throughout the city that can enable air quality measuring, gunshot detection, and the tracking of traffic flow of both vehicles and pedestrians.

City platforms are also emerging from development in key sectors such as transportation and energy. A good example is the urban mobility and transportation platform for Columbus, Ohio.

The proposed Smart Columbus Operating System (SCOS) is a web-based, dynamic delivery platform that will collect and disseminate general mobility data (e.g., traffic, parking, weather, and construction), as well as the data generated from all the projects being developed.

An example of an urban energy innovation platform is provided by London. It is developing a sustainable energy management system (SEMS) that is consolidating and analysing energy data from smart meters and other intelligent devices to optimise energy production and consumption at a community level.

The SEMS links to the broader urban data platform being developed as part of the EU-funded Sharing Cities program, led by London, Milan, and Lisbon.

Cross-city collaboration and sharing of idea is also important. In Europe, for example, the European Innovation Partnership on Smart Cities and Communities (EIP-SCC) is driving cross-government and industry collaboration on city platforms.

Its Urban Data Platform initiative aims “to speed the adoption, at scale, of common open urban data platforms and ensure that 300 million European citizens are served by cities with competent urban data platforms, by 2025.” The initiative has already developed a city needs specification and published the EIP-SCC Urban Platform Management Framework.

In this emerging urban platform landscape, city leaders need to:

While technology integration is a core functionality of a smart city platform, the real goal must be to enable better decision-making, more responsive services, and increased operational efficiency.

The success of a city platform is ultimately to be measured – and any investment justified –by the ability to support such improvements and not by the elegance of the technical architecture. 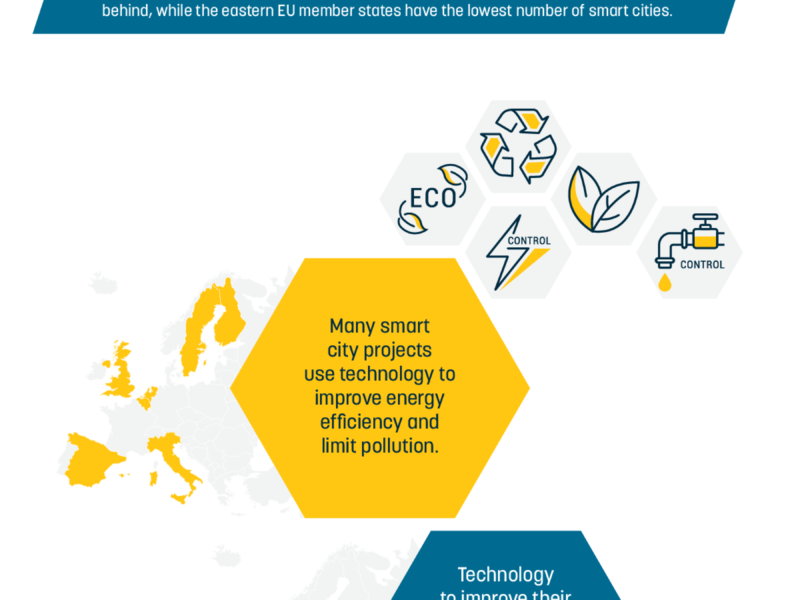 240 European cities with populations over 100,000 have some “smart city” features–meaning they use technology to improve their energy use, transport systems or other infrastructure, according to European Parliament research.