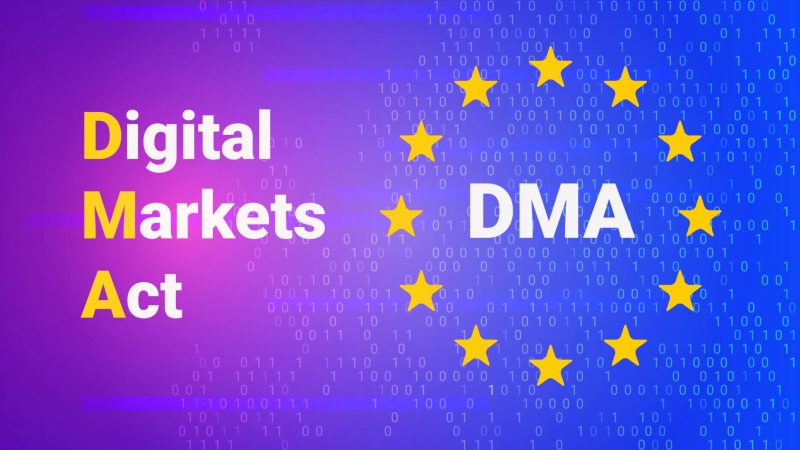 To limit the power of internet platforms, the EU is working on the Digital Markets Act (DMA). The Commission’s draft for the DMA looks promising and shows credible ambition to address digital gatekeepers like Google or Facebook and tackle monopoly power in Europe.

Dr. Max Bank is a researcher and campaigner at LobbyControl.

Key for making the DMA’s behavioural measures work, however, is that the obligations for platforms are swiftly put into force, without delays. But not all of the rules defined for gatekeepers are self-executing and thus immediately applicable. Some allow for a so-called regulatory dialogue before the rules are enforced. This is where BigTech lobbyists want to take a chance to undermine enforcement: regulatory dialogues offer a way to impair or at least delay obligations for gatekeepers.

Tech-giants like Google or Amazon are lobbying hard for a case-by-case approach in the DMA, repeating their warning of supposedly damaging consequences of self-executing rules. When you listen to Big Tech lobbyists in Brussels, an extension of regulatory dialogues appears to be key. Facebook speaks of a “sound compliant dialogue”, Big Tech association like the Computer and Communications Industry Council (CCIA) urge the EU “to reinforce the DMA’s regulatory dialogue.” Big Tech’s objective with this is to gain time – and first of all an entrance point for challenging the DMA’s obligations. This is dangerous and an attempt to water down the concrete rules set out in the DMA. And it would turn the approach on its head: The whole purpose of the Digital Markets Act is to create a set of rules and standards for the behaviour of platforms – transforming the DMA into a case-by-case analysis impedes its original goal.

In the European Parliament, this demand unfortunately found resonance among some liberal MEP’s like former Commission Vice President Andrus Ansip, a key eastern European liberal and vice chair of the Internal Market Committee (IMCO) leading on the DMA. The liberal group could tip the scale when it comes to voting on the DMA, so their position on regulatory dialogues is important. Whereas lobbyists seem to be making ground with BigTech’s interests in the European Parliament, the Commission and key member states like Germany or France are staying firm so far and don’t want to extend dialogues. For an effective implementation of the DMA, the European Parliament needs to strengthen the Commission’s position on limited regulatory dialogues. It should not fall for the trap: Big Tech lobbyists are attempting to weaken the new rules this way.

However, not falling for this trap is not enough. Not only should the EU prohibit Big Tech to increase its bargaining power. There is a way to even bolster the Commission’s position in the enforcement procedures of the DMA. So far, companies or interest groups affected by gatekeeper power have no role in the DMA yet. This needs to change, public interest voices must be heard and can make a difference. SME’s affected by gatekeepers, independent academics and other civil society groups can play a crucial role as witnesses in the enforcement process. The benefits are obvious: more critical voices on Big Tech are included and the Commission’s negotiating position is improved when it comes to dialogues with Facebook, Google & Co lawyers who are already standing queue for new regulatory dialogues.