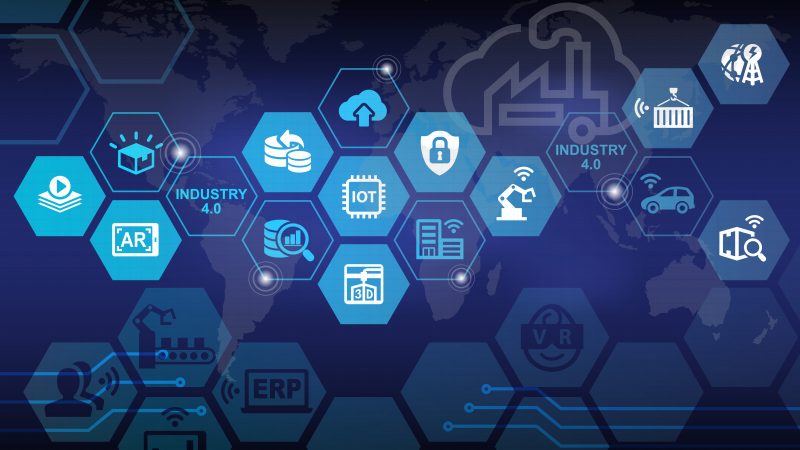 Digitalisation is shifting consumer behaviours, value chains and business models. As a result, it is reshaping the borders of traditional industry sectors (e.g. automotive, energy, medical, retail). The digital transformation is also impacting our regulations. Public authorities must draft agile or ‘future-proof’ legislation to uphold the competitiveness of our industry. It is easier said than done. Regulations and standards are hard to develop when no one can predict with certainty the disruptive business models of tomorrow. In response to these new challenges, the public-private dialogue is already changing. New industry coalitions that combine verticals with tech sectors are moving beyond traditional advocacy and addressing regulatory challenges from a cross-sectoral perspective.

Change is happening fast. According to a recent European Commission study, the data economy will exceed €1 trillion in 2020 and represent 4% of our overall GDP. Such a boom could boost Europe’s competitiveness in the global economy. That’s why the Juncker Commission took several initiatives to strengthen the data economy by focusing on the Internet of Things (IoT), business ecosystems and the digital single market.

The next European Commission apparently intends to further bolster the data economy through fresh regulations in the fields of IoT, artificial intelligence (AI), privacy and security, platform liability and data interoperability. Rumours are floating around in Brussels that a European Commissioner for AI will be appointed. However, the integration – or convergence – of vertical and digital industries hinges on two conditions: innovation-friendly regulations and effective access to funding and investment.

Funding in the next MFF

Technically, the priority is to ensure that our digital infrastructure will deliver the required broadband capacity. The big step ahead is to deploy 5G infrastructure. Under the Connected Europe Facility, the European Commission has earmarked €3 billion for improving our digital connectivity by creating high capacity broadband networks.

With the fourth industrial revolution, European businesses must invest in becoming smart, connected organisations or they will fall behind the competition. They will need capacity building in areas such as AI, supercomputing, mass data, and cybersecurity. Companies will thus need funding to embark on this digital transformation. The European Commission has clearly understood this and is calling for €20 billion in public investment over the next seven years. In its Multiannual Financial Framework (2021-27), it is asking the Member States to allocate €94.1 billion under Horizon Europe and €42.3 billion under the Connected Europe Facility. Let us hope the Member States will live up to the level of ambition set by the Commission.

On the regulatory side, the EU’s “New Approach” – coined in the 1980s to boost the Single Market – is proving to be insufficient. The integration of vertical industries into the IoT market also hinges on a new approach to standards, which have become a new advocacy battleground. First and foremost, standardisation must be technology-neutral to ensure a fertile environment for innovators, start-ups and civil society. Nobody can claim which technology our future lives will rely on.

WIth value chains now being global, interoperability concerns have become essential. Unlike the Internet revolution which deployed first in the US, and incrementally throughout the world, the IoT revolution is flourishing across Asia, America and Europe in parallel – albeit at a different pace. That is why among European Standards Organizations (ESO), there is a growing consensus on the need to align European standards with global ones to promote interoperability and efficiency.

Similarly, a global approach to IoT security is also critical. Recently, under the EU Cybersecurity Act, the European Union Agency for Cybersecurity (ENISA) has been tasked with setting up an EU-wide certification framework. Its first step has been to request national assessments from each Member State. But Brussels may need to consult more widely with Washington and Beijing. Reducing unnecessary discrepancies across cybersecurity standards and certification schemes should further the integration of vertical industries globally.

With its General Data Protection Regulation (GDPR), Brussels has successfully positioned itself as a champion of our right to privacy. The Commission’s recent proposal for an ePrivacy Regulation was also part of an effort to promote a human-centred approach to IoT. The aim is to ensure that these new technologies remain “first and foremost tools made by people for people” as Klaus Schwab, Founder and Executive Chairman of the World Economic Forum, famously put it. From a regulatory perspective, the Juncker Commission has set preliminary guidelines on liability for new digital technologies, i.e. cloud computing, and has developed ethical guidelines following a human-centric approach for artificial intelligence.

Europe has all the necessary assets to strengthen and enhance its economic leadership: a strong manufacturing base, inherited from the second Industrial Revolution, combined with cutting-edge ICT and telecommunication companies. Against this backdrop, it is no coincidence that Brussels is home to many converging industry associations. We can give examples such as 5G Automotive Association (5GAA), combining car manufacturers and tech leaders, the 5G Infrastructure Association (5GIA), or the Alliance for the Internet of Things Innovation (AIOTI). These associations are clear examples of cross-sectoral collaborations that bring together traditional verticals and the tech sector. Rather than seeking to prevent industry ‘collisions’, Brussels should embrace and accompany industry convergence. What is its best asset? Brussels’ culture of compromise or the EU’s version of the “art of the deal”.

What can industry coalitions do for EU leadership

Conversely, to help the data economy flourish, Brussels will need more converging industries to speak with one voice. The traditional representation of industry’s interest only through national or industry-specific associations will prove ineffective. If they wish to secure the funding and the standards they need, converging industries must seek new partnerships to address their regulatory challenges.