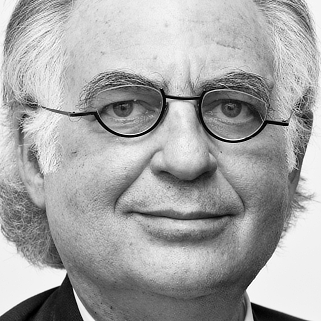 A new EU political leadership must confront the rapid domination of online markets by increasingly monopolistic, global Internet champions which are preempting European and other potential competitors. Incoming Commission President Juncker’s recent calls for modernizing EU competition policy, and an aggressive industrial strategy geared to bolstering Europe’s position in global digital markets, suggest Brussels is likely to weigh a Facebook/WhatsApp merger carefully. There may be a question whether EU competition rules can accommodate this deal at all, argues David Cantor.

David Cantor is a veteran communications and competition lawyer based in Brussels. The views expressed in this OpEd are his own.

When Mark Zuckerberg announced last February that Facebook would spend the tidy sum of $19 billion to acquire a mobile messaging app with scant revenue called WhatsApp, no major regulatory hurdles to consummating the deal were foreseen.  WhatsApp’s position in the US market is relatively marginal, and last April the FTC nodded the deal through for antitrust purposes. EU clearance is also required however, and Facebook has only recently filed its Brussels competition notification.  The European Commission is now scheduled to decide by early October whether or not to approve the merger summarily, or to conduct a full-blown competition investigation.

The deal would combine the world’s dominant social media platform with the global and European market leader in online mobile messaging.  Together, Facebook’s current 1.3 billion members and WhatsApp’s existing .7 billion subscribers total more than a quarter of the world’s population.  Global and regional markets for social networking and other online communications services are manifestly implicated. Impact would be felt least in China, where Facebook is banned, and WhatsApp is barely present. Discounting for China’s 1.5 billion population, the combined Facebook/WhatsApp user base would approximate half the number of adults and adolescents across the rest of the planet.

A Facebook/WhatsApp merger could have troubling implications for the structure and functioning of Europe’s developing online communications ecosystem, in particular competition within the increasingly convergent mobile messaging and social networking space. In the absence of any direct legal precedent, the stars seem to be aligning toward a comprehensive EU assessment of the proposed merger’s impact on various mobile Internet segments.  While Eurocrats were decamping Brussels for end-of-summer holidays, Facebook postponed an August 19 deal deadline to obtain major regulatory approvals globally, for up to a further year.

Facebook is already so big and important globally that some scholars consider it a social media market unto itself, i.e. a monopoly.  Unquestionably it is the preeminent social networking website world-wide, across Europe and in most (probably all) EU countries. Facebook’s relentless ascent over recent years has been accompanied by the commercial decline of indigenous European social networks such as Tuenti in Spain, Sapo in Portugal, Bebo in the UK, etc.  Being primarily an ad-supported enterprise, Facebook offers its diversified portfolio of online services “free of charge” to end-users.

WhatsApp is an ad-free, subscription mobile messaging service charging $.99 per year for unlimited use beginning after the first year following initial download.  The app’s rise in popularity outside the U.S. has been stunning.  WhatsApp is now the leading mobile messaging app Europe-wide for services including text, chat and video clips; and it’s understood WhatsApp will soon offer global voice and video calling services too.  In several EU countries, WhatsApp’s iPhone penetration already exceeds 80%, having been measured at 97% in Spain.  In Germany WhatsApp’s overall smartphone penetration exceeds 80%.

Alongside the steady migration of mass consumer data traffic from PCs to mobile devices like smartphones and tablets, Facebook and WhatsApp have become the top two mobile apps downloaded in several major European countries, with Facebook Messenger typically WhatsApp’s closest rival in online mobile messaging.  Moreover, based on WhatsApps’ diversified communications functionality, many European users already consider WhatsApp a social network in its own right, i.e. a substitute for Facebook’s core service.

Although Facebook and Facebook Messenger on the one hand, and WhatsApp on the other, currently offer various online communications services under different business models, Facebook and WhatsApp nevertheless provide online communications and social networking services in direct competition with one another.  Indeed, from a European perspective, the proposed merger appears to involve Facebook taking out its most dangerous rival in the mobile Internet market.

Acquiring WhatsApp could also tempt Facebook to capitalize on compounding, anti-competitive strategies.  It might bundle some or all WhatsApp services with its own, perhaps seeing the merged company’s commercial interest optimized by making certain WhatsApp services available only to Facebook members.  Or Facebook might seek to leverage WhatsApp’s growing dominance in mobile messaging to attract new Facebook members, thereby aggrandizing Facebook’s dominance across the broader social media space.

Moreover, prevailing commercial trends suggest a combined Facebook/WhatsApp might well be positioned to exploit a uniquely commanding position in the mobile Internet advertising market, perhaps a broader online market for so-called Big Data as well. In relation to both, the headline issue of Facebook’s compliance with generally applicable EU Data Protection rules, governing online personal privacy, has generated considerable controversy which may color the Commission’s perspective.

Although WhatsApp’s privacy policies have to date been considered more stringent, there is no convincing legal basis for presuming a combined Facebook/WhatsApp would comply rigorously with European privacy standards.  Under the rules currently administered at national level, Facebook might be disposed to bear the cost of relatively minor financial penalties for Data Protection infractions, and on this basis the pending WhatsApp acquisition could be seen to risk exacerbating an illicit competitive edge.

EU merger review of Facebook/WhatsApp presents a rare opportunity to start leveling an unbalanced playing field permitting dominant online players to escape appropriate regulation of their far-flung commercial activities. Facebook should be required to provide equivalent access to its dominant social media platform on the part of mobile messaging apps other than WhatsApp, much as Microsoft was compelled to open Windows to browsers other than MS Internet Explorer.  The separate issue of Facebook’s compliance with applicable Data Protection rules begs an interesting question whether merger clearance should be conditioned on strict compliance going forward, in the interest of ensuring fair competition.

A new EU political leadership must confront the rapid domination of online markets by increasingly monopolistic, global Internet champions – Google in Search, Amazon in E-commerce, Facebook in “Social” — which are preempting European and other potential competitors, while feasting on the most innovative startups entering the online fray. Incoming Commission President Juncker’s recent calls for modernizing EU competition policy, and an aggressive industrial strategy geared to bolstering Europe’s position in global digital markets, suggest Brussels is likely to weigh a Facebook/WhatsApp merger carefully.  There may be a question whether EU competition rules can accommodate this deal at all.