When more doesn’t mean merrier: Why mobile mergers should cheer up consumers 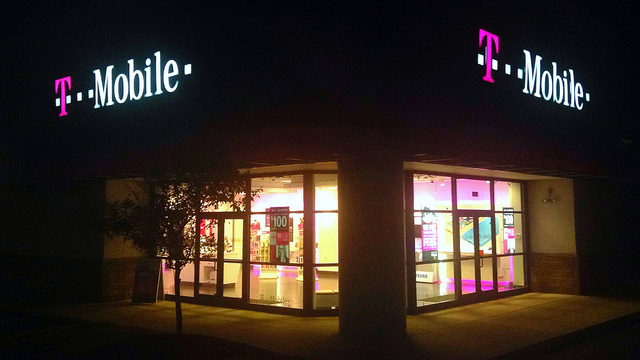 Telecoms mergers drive investment. The European Commission needs to be balanced in how it regulates them, writes Afke Schaart.

We’ve come a long way since the days of brick-sized mobile phones with aerials. Today’s mobile users want to check what time the bus will turn up via an app, wish their cousin in Australia a happy birthday over video chat, and answer that urgent email from their boss on the go – all at the same time.

Keeping these consumers happily connected is a priority for telecommunication operators. And to make sure every European can make the most of mobile, consolidating the existing telecoms market is a must.

Competition in the market cannot and should not be undermined. Every day, consumers can, and do, change their network operators in search of a better deal, a different offering or better service.

But investment is required if operators are going to continue providing these growing services at ever higher speeds.

And the need for investment is why a wave of consolidation is currently sweeping across the continent – from Austria to Spain, Ireland to Germany, and beyond. Because as the mobile model has evolved to encompass mobile broadband, operators have had to invest more heavily in the infrastructure needed to deliver such services. One of the ways to make this worthwhile is to merge with another operator.

The European Commission is concerned that costs may be passed on to consumers whose choice of mobile operator becomes limited as a result of consolidation. The Commission reviews possible mergers on that basis and, in recent years, has allowed them to proceed only if there are remedies to stimulate additional competition at the retail level through mobile virtual network operators (MVNOs), or if the door is left open for a new player to emerge.

But measuring mergers primarily by potential price increases means starting from a false premise, as our recent report shows.

To begin with, the mobile services consumers currently enjoy are not the same as those from ten years ago, so trying to directly compare them is like comparing apples with oranges. Spectrum auctions, new technologies and increased data consumption all affect the price of mobile services nowadays.

In Austria, there have been reports that some people are spending more on mobile services. This has drawn some negative reactions, but the increased spending is really a reflection of the success of mobile services: people want even more at lower prices. In fact, total consumption of data traffic has increased eightfold in Austria between 2010 and 2015, while the cost per megabyte has fallen ninefold. The price paid per unit of data has therefore actually decreased – and the average Austrian now gets more for their money when it comes to mobile services.

Better value for consumers’ money isn’t the only potential benefit to come out of a major mobile merger.

Evidence also shows that market consolidation can spur greater investment in mobile infrastructure. In the United Kingdom, the 2010 merger between operators T-Mobile and Orange to create EE was the catalyst for the nationwide roll-out of 4G. Other competitors were obliged to follow suit, and every British mobile user felt the benefits, regardless of their network provider.

Such investment in new network technology encourages all players to innovate, both in terms of services and the kinds of new devices which consumers have come to expect. It’s these expectations that will drive the next cycle of innovation.

To accurately weigh the potential risks and benefits of any possible mobile merger, the European Commission has to take a balanced approach and consider the longer-term benefits from investment alongside any possible short-term effects on price levels.

The Commission should: Firstly, take the starting point into account when considering pricing – if extreme competition has forced prices down dramatically to an untenable level, they will eventually rise, regardless of whether or not the market consolidates.

Secondly, given that there are no systematic price increases whenever a market goes from four to three players, it’s inappropriate to place so much emphasis on regulatory tools based on the premise that this will always be the case.

Finally, it’s important to take into account that investment incentivised by consolidation can spur greater innovation and efficiency. This in turn means consumers everywhere get the best price, the best functionality, and the best quality when it comes to staying connected, anytime and anywhere.