Why choice should be the default in the DMA 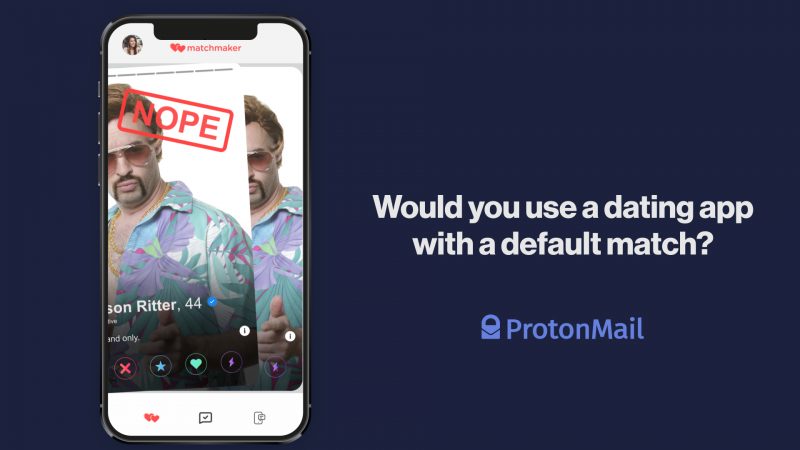 Andy is the Founder and CEO of Proton, the company behind ProtonMail and ProtonVPN. He is a long time advocate of privacy rights and has spoken at TED, SXSW, and the Asian Investigative Journalism Conference about online privacy issues. Previously, Andy was a research scientist at CERN and has a PhD in Particle Physics from Harvard University. You can watch his TED talk online to learn more about our mission.

The clock may be ticking on Google, Apple, and other tech giants’ ability to impose their email apps on users as default settings. If EU regulators are serious about fair competition in digital markets, letting people choose their own email app should be the new default setting.

The EU’s landmark Digital Markets Act will reach its final phase this spring when European Parliament and member states agree on a final text. In response to the proposals from the Commission, the Parliament voted in December to include a ban on default settings for core online services such as email, search, and browsers. Defaults lock consumers into Big Tech’s services and lock competitors out of offering alternatives, many of which give users greater privacy. In place of default settings, the Parliament suggests people should be provided a choice screen as part of the device set-up that prompts them to select which app they want from a menu of options. This makes choice as easy as a single click.

But now the tough part. Negotiating teams from the Parliament and the EU member states must agree on the final text. Parliament’s lead negotiator, Andreas Schwab, has stated that choice screens are crucial. The next couple of weeks will determine whether the EU member states on the other side of the table, led by France’s State Secretary Cédric O, agree to make choice the new default. Otherwise, this essential element of choice will likely be killed thanks to pressure from Big Tech, which portrays such choices as “inconvenient”.

The DMA aims to level the playing field in digital markets by setting new rules to prevent Big Tech gatekeepers from pushing their own services and throttling competition. But unless the DMA bans Big Tech from making their apps the default for core online services, it will fail to provide real consumer choice. And that means the DMA would also fail to create a better and more privacy-respecting online experience. Fundamentally, the DMA must give people a choice on defaults to fulfill its objective to open up digital markets to competition, innovation, and better privacy standards.

Our email is our identity on the web

The importance of being able to choose your own apps becomes clearer when you consider how they function beyond just a service. Take email. Our email accounts have become our identity on the internet. It is effectively the digital passport we use to sign up for services as well as a bottomless resource of personal data. According to Pew Research, 92% of online adults use email, with 61% using it daily. In 2020, 4 billion people used email regularly, and that number will grow to 4.6 billion in 2025. But vitally, gatekeepers like Apple and Google often make accessing the rest of their ecosystem incredibly inconvenient if you don’t sign up for their email service. For example, a Google Account (which automatically comes with a Gmail address) is required if you want to use the Google Play Store. If you want to link your Google Account to a different email address, you have to dig through several menus to do so manually.

This means you must subject your emails to Big Tech privacy policies. Your email exchanges constitute an ever-growing repository of very personal data, but Big Tech companies scan these messages, looking for keywords, purchasing history, and other sensitive information. Big Tech can get away with this because you have no other choice. You either consent to Big Tech or stop using the internet.

The future of the internet should be one where people can easily choose online services that reflect their values and respect their privacy and where companies compete on the merits of their product, not the size of their monopoly.

Consumer choice can drive this change. When presented with the choice, people choose privacy. Research shows that typically only 5% of people change default settings. In contrast, when Apple replaced its default tracking setting on the iPhone in 2021 and instead prompted users with a choice screen asking if they wanted to be tracked, 54% of people chose not to be.

We still have a long way to go to a more private internet. Adopting the amendment on defaults in the Digital Markets Act is the essential first step that will bring all tech companies – big and small – to the same starting line. From there, the people will freely decide the rest.