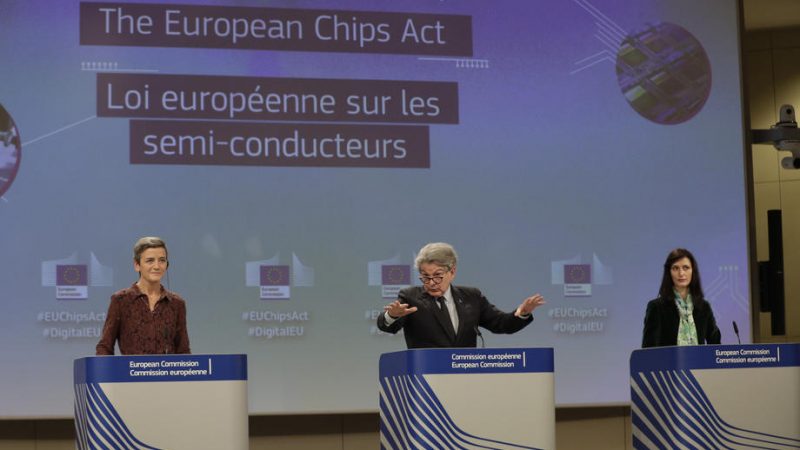 On 8 February, the European Commission presented an ambitious initiative to scale-up Europe’s chipmaking capacity and reduce external dependencies on semiconductors, small but vital components for all electronic systems, from smartphones to cars.

Until the end of last year, the plan was to present the proposal in the third quarter of 2022. However, the initiative was fast-tracked at break-necking speed, with Commission President Ursula von der Leyen and Internal Market Commissioner Breton throwing their political weight behind it.

In this special report, EURACTIV looks at a fundamental component missing from the chips package: How the EU executive will square its semiconductor ambitions with its other policies, such as the green agenda and upcoming restrictions on dangerous chemicals.