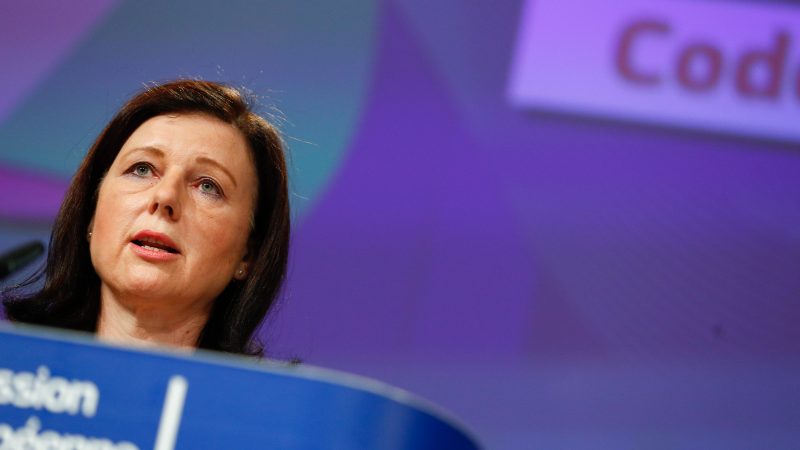 The Commission presented the Guidance on Wednesday (26 May). Launched in October 2018, the Code of Practice on Disinformation is the first set of self-regulatory industry standards to tackle disinformation. Its signatories include Facebook, Google, Microsoft, TikTok, and Twitter.

The guidance was announced as part of the European Democracy Action Plan that the Commission launched in December 2020. It aims to strengthen the Code of Practice building on the weak points identified in the assessment that took place 12 months after the code’s application.

The Commission Vice President for Values and Transparency Věra Jourová highlighted in a press conference the need to empower users, encouraging the flagging of harmful content.

“Threats posed by disinformation online are fast evolving and we need to step up our collective action to empower citizens and protect the democratic information space,” she said.

From an internal market perspective, Commissioner Thierry Breton pointed to the business model of online platforms that have allowed the spreading of disinformation. “Disinformation cannot remain a source of revenue. We need to see stronger commitments by online platforms, the entire advertising ecosystem and networks of fact-checkers.”

With this initiative, the Commission intends to introduce accountability measures that would oblige online platforms to show how they have adapted their algorithms to address disinformation. The rationale being that algorithms have been complicit in promoting harmful content that has gone viral, also thanks to manipulative techniques such as bots.

Twitter has welcomed the guidance, pointing to its Responsible Machine Learning Initiative that promotes transparency in its algorithm. Sinéad McSweeney, EMEA vice president for public policy, stated that “regionally consistent co-regulatory standards are a crucial element in maintaining the Open Internet, ensuring that platforms of all sizes can operate with confidence around agreed norms”.

The guidance also intends to introduce tailored commitments based on the type of platform, notably extending the Code to messaging services. It also introduces a monitoring framework with a set of Key Performance Indicators (KPIs), which will feed into standardized reports with country breakdowns.

The signatories should publish the measures adopted to counter disinformation in a Transparency Centre. Better cooperation with fact-checking organisations and sharing of data with researchers is also encouraged.

In embracing the initiative, Facebook stressed its ongoing work with 35 fact-checking organisations across Europe.

“We support the Commission’s focus on greater transparency for users and better collaboration both amongst platforms and across the advertising ecosystem,” a company spokesperson told EURACTIV.

For Avaaz, an international civic platform, the strengthened Code of Conduct might turn into a “Paris-style Agreement for fighting disinformation”.

“This is one of the most advanced frameworks to fight disinformation we’ve ever seen. Now all eyes must turn to the tech giants, to see if they stop playing PR games and sign onto real, measurable action,” Campaign director Luca Nicotra told EURACTIV.

As the Code of Practice is voluntary, the guidance does not provide the legal basis for sanctioning those platforms that do not take enough measures to counter disinformation. Such legal framework has been introduced with the Digital Services Act (DSA), a flagship regulation proposal the Commission presented last December.

As the DSA is following the regular legislative procedure, it might take two years or even longer before it is adopted. In the meantime, the Commission has set out in the Guidance its expectations in terms of measures online platforms should take to fight disinformation.

Companies that will respect these commitments will not need to worry about being fined once the DSA enters into force.

The Commission is also expected to present a new regulation on political advertisements in November.