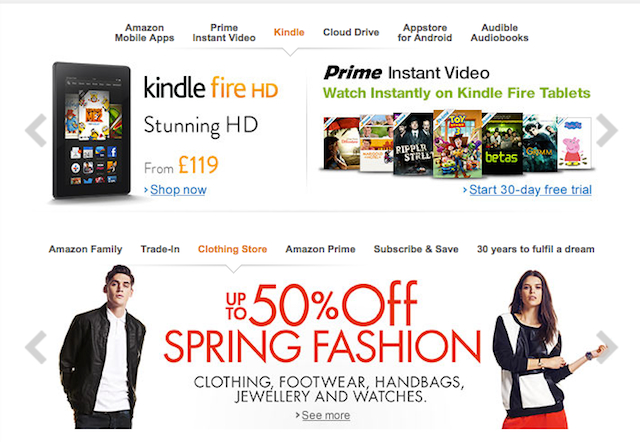 A new directive on consumer rights is supposed to be law in all member states by mid-June, when the transposition period ends for the rules adopted by the EU in November 2011.

The legislative text seeks to protect consumers when they purchase goods online, which is considered the new frontier in the EU single market, for its huge potential and its relatively low development. The EU institutions agreed to ban so-called ‘cost traps’, meaning unsolicited expenses hidden behind free offers. Many consumers online have faced such a trap up to now.

With the new rules entering into force, these inconveniences should occur less frequently, as online buyers will have to “explicitly confirm that they understand that they have to pay a price,” according to the agreed provisions.

Online consumers are especially worried about how they get reimbursed for returning goods which are not matching their expectations, for example, when shoes do not fit, or when products arrive damaged.

According to a poll of European online shoppers carried out in 2011 by the consumer policy consultancy, Civic Consulting, “the greatest concern of respondents is that, returning a product they did not like and getting reimbursed, is not easy”.

To overcome this hurdle for the take-up of e-commerce,  EU institutions decided to extend to 14 calendar days the period under which consumers can withdraw from a sales contract.

The existing period is seven days, starting from the day of the sale. The new withdrawal period begins instead when consumers receive the product.

These measures have been approved despite concerns raised by online shoppers on their possible abuses. It would be even easier for a teenager to order a new dress online, use it for a weekend party, and send it back for free to the shop, argues one e-commerce expert.

Some online retailers claim that half of what they sell is sent back by buyers. Moreover, costs for returning goods can be up to €13 per item, some studies point out.

Yet, in the bid to spur e-commerce, the new rules are taking in little account the shoppers’ concerns, and also impose a two-week limit for the refund of unsatisfied clients.

Under the new provisions, traders are obliged to disclose the total cost of the product or service, as well as any extra fees. Too often. consumers have found their bills much higher than the price tags seen online.

This effort to improve transparency also involves extra charges for paying with credit cards, which will no longer be allowed.

Furthermore, the new directive bans pre-ticked boxes when offering additional services, which have so far obliged unwilling buyers to un-tick them, or risk buying unrequested products or services.

In general, the new rules uphold the principle that “online shoppers will not have to pay charges or other costs if they were not properly informed before they place an order,” reads a Commission press release about the consumer rights directive.

The EU push in favour of e-commerce is driven by the lure of a business which is in principle less affected by national borders, and also by the fact that online consumers are supposed to have access “to a wider choice of products at more competitive prices,” read EU notes on the subject.

However, this basic principle is threatened by developments in the critical market of online search, which in Europe is dominated by one player: Google.

The recent expansion of the US tech giant into the online sales market, by placing an increasing number of ads and paid links in its search result pages, is raising many eyebrows among competitors, consumer organisations and regulators.

The risk is that Internet users may find it more complicated to access the best options and the most competitive prices, as Google increasingly drives them to its sponsored services.

The EU antitrust commissioner, Joaquin Almunia, started in 2010 an investigation into some of the controversial practices of the online search giant (see EURACTIV) following complaints from several companies, including online travel agencies and Web map services.

Despite a provisional settlement announced by Joaquin Almunia in February, the case remains open, and may lead to further binding commitments for Google.

The Commission may also tackle the Google case from a more specific consumer rights approach.

“Business models should be geared towards offering services in a transparent way, also when it comes to online searches for the best deal. EU rules and their proper enforcement protect consumers from being misled,” argued the EU commissioner in charge of Justice, Viviane Reding, who is behind the new consumer rights directive.

“I am ready to look at EU consumer legislation to see if it can address substantiated concerns that are not be covered by competition law,” said the EU commissioner in charge of consumer policy, Neven Mimica.

These warnings may easily be upheld by their successors in the next Commission, which is expected to take office in November 2014.

In a communication published in 2012, the European Commission has proposed to double the share of e-commerce in EU’s retail sales from 3.4% of total retail sales in 2012 to 7% by 2015.

Some 41% of EU consumers shop online from national sellers compared to 11% of cross-border online shoppers, according to the 9th edition of the Consumer Conditions Scoreboard, published in 2013.