Kakha Kuchava: In Georgia we are changing the political culture 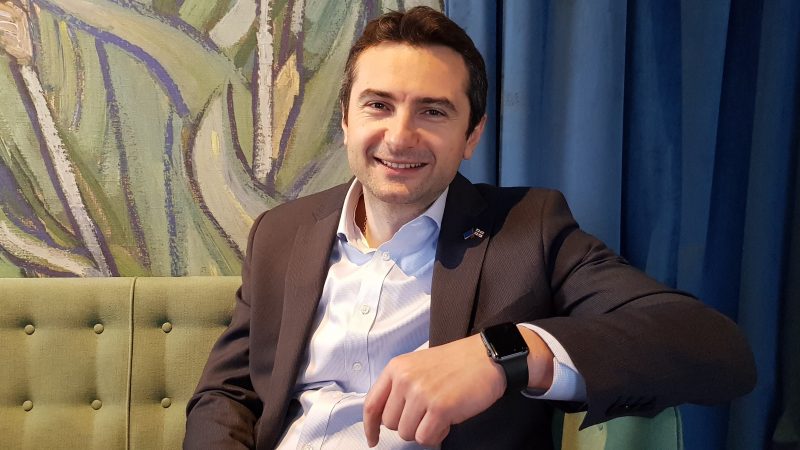 Kakha Kuchava, the speaker of the parliament of Georgia, told EURACTIV about the latest developments since the mediation by Council President Charles Michel, the role of Russia and the new format of the “Associated Trio” between Georgia, Ukraine and Moldova.

Kakha Kuchava became the speaker of Georgia’s parliament on 27 April 2021. A lawyer by vocation, he has worked as legal expert for various organisations and as Director General of the Mining and Geology Company “Georgian Copper and Gold”.

He spoke to EURACTIV’s Georgi Gotev in Brussels on 19 May.

What is bringing you to Brussels and do you have good news for your EU interlocutors following the political crisis in Georgia?

It’s my first visit here since I was elected chair of the parliament. We are having very important meetings, starting with the President of the European Parliament [David] Sassoli and different political groups. We also have meetings with EU Commissioners and in NATO.

The path that we’ve chosen, European and Euro Atlantic integration, and our statement that we will be ready to apply for EU membership in 2024 needs more hard work, more reforms. This means not only reforming the legislation, but institutionalising best European practices, that out country will have not only a Georgian, but an European agenda, and to be able to say in 2024 that we not only fulfilled the Association agenda, but that we have been in line with all the reforms that the broad European agenda considers.

It was important talking with MEPs and we feel their support. Regarding the crisis that you mentioned, we call it artificial crisis, because there is no ground to say that there has been election fraud, as alleged by some of the opposition representatives. We only see international election observers and Georgia observers fully in line with the statements and the final report by the OSCE-ODIHR that the election was held in a free, fair and competitive manner. The artificial crisis was created on the base of allegations of rigged elections, but such a perception doesn’t exist anymore.

Considering Georgia’s commitment to build a European-type parliamentary republic, we needed a consensus between the ruling party and the opposition. So the involvement of Charles Michel and the agreement that was signed by the ruling party and most of the opposition – just two of them refused to do so – should serve as an opportunity for the country to move forward on a faster track.

Two parties refused to sign: does it mean we are not out of the woods yet?

What we don’t want to see in the future is boycotting parliamentary work. Fortunately we see now a majority of the opposition parties being in parliament. UNM still refuses to do so, although there are signs that they will enter parliament, and I have a big hope that we will have a normal parliamentary life, and express their concerns and criticism from the parliament tribune, from the sessions from the committee work, and not from the streets, as they continue until nowadays.

So you still have the tents outside the parliament as we remember them for years?

It’s a free country. If they want to express their protest they have the right to do so. But we see that the number of their supporters in the streets is melting. People want to see them in parliament. This is a strategy they have chosen for now, maybe they will change it for better, in the interest of the country. But once again: it’s their choice. We have all heard the concerns from Brussels and Washington, criticising the part of the opposition which is not willing to enter the parliament. This country, considering its difficult geopolitical situation, the challenges it faces, needs to discuss the issues in parliament, not in the street.

Is the situation due to [exiled former UNM leader] Mikheil Saakashvili being such a hard liner?

The fact is that when the current chairman of the UNM [Nika Melia] was released from prison on bail, the first think he did is that he flew to Kyiv, to discuss strategy with Mikheil Saakashvili. I think he’s still there. He posted a photo of them discussing issues. The unfortunate thing is that Saakashvili is no longer citizen of Georgia, he renounced citizenship, and by interfering in the politics of Georgia he violates our country’s constitution.

Without him UNM would be a better party?

It’s for them to decide, not me.

Georgian Dream would be a better party without [billionaire founder] Bidzina Ivanishvili?

Georgian Dream is already without Bidzina Ivanishvili. Last time I saw him was during the elections, on 31 October in the evening. I’m not seeing him, I’m not SMSing him, I’m not talking with him on the phone. No contact. He left politics. It may be difficult for some to believe, but time will pass and it will become plain to see. 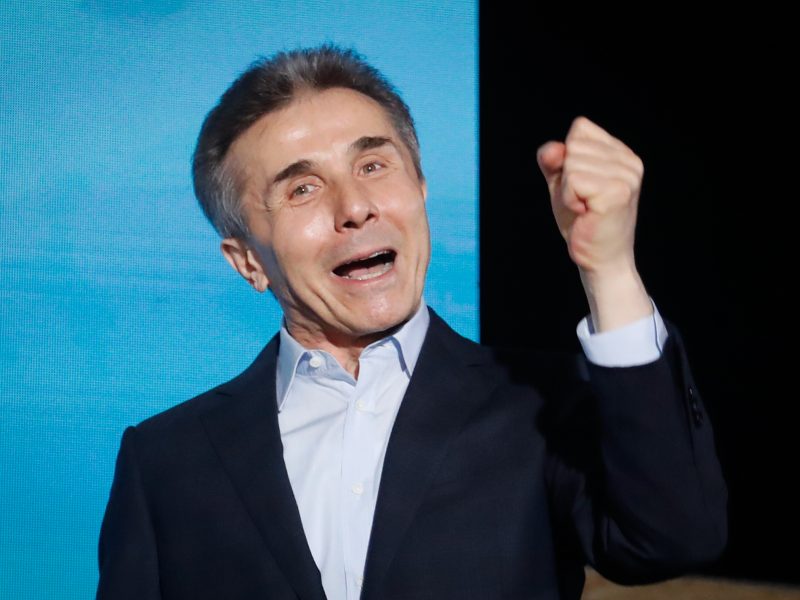 Why in the post-Soviet space are political parties created around personalities – even sometimes carrying their name, such as Ukraine’s “Timoshenko bloc” or “Poroshenko bloc”? How could this be sustainable?

It’s important to say that in Georgia we are changing the political culture. Changes we made in the constitution in 2019 served first of all to strengthen the opposition representation in parliament. This is the first time in Georgia in the last 25-26 years that our country has such a multi-party representation in parliament, which is 14 political parties and nine political blocs in total, and such a large number of representatives of the opposition – 60 out of 150. And from 2024 we will be switching to fully proportional system. This once again highlights the willingness of the ruling party to switch to a more European-style of parliamentary life, and not just on paper, but in practice as well.

So I think these three years before the 2024 parliamentary elections will be used at their best, with more dialogue between the political parties which we previously lacked. One of the obligations under the Charles Michel agreement is the election code to be reformed fully. But this was agreed without the involvement of any ambassador or foreign diplomat. It has been fully negotiated between the ruling party and the opposition. Little by little we will create this political culture of compromise that will serve the best interest of our country.

I’m sure Georgian Dream will win the local elections for self-government. In case we win it with less than 43%, then this will trigger a point negotiated in the agreement, which is negotiating the date of the snap elections. Knowing the early polling which is conducted on a regular basis, Georgian Dream doesn’t worry obtaining less than 43%.

Is the situation in the streets of Tbilisi more calm now?

It definitely is. People are enjoying the lifting of restrictions, we are having more rapid vaccination, we hope by the end of the year 65% of the population to be vaccinated. There have been important statements by opposition representatives that they could not prove that the elections were rigged and this is why they are back in parliament, and that they think they have achieved a good deal with the agreement. UNM indeed stays out, we still see tents outside the parliament.

Your country organises an annual international conference in Batumi, will it be with physical presence of foreign guests, or will it be online?

We wish it to be a physical presence event. We will see how everything goes in terms of easing international travel. Another option would be a hybrid event. In the coming weeks we will make the final decision.

Is Russia the elephant in the room?

Unfortunately Russia continues its destructive policy and creeping annexation. Today (19 May) is the fifth anniversary of the killing of Georgian citizen Giga Otkhozoria, killed near Georgia’s western, Russian-occupied Abkhazia region. Nobody was sanctioned, although there are recordings and evidence. This once again highlights how Russia continues to be even more aggressive. We had a success: last year the UN resolution had a record number of co-sponsors and supporters of Georgia’s territorial integrity. With our policy of resolving conflicts in a peaceful manner and with the big support of the international community we will be able to reach our goal and unite Georgia again.

Georgia has joined Ukraine and Moldova, making official the countries’ higher EU ambitions with an Associated Trio format. But unlike Georgia, where there is an overwhelming support for EU and NATO membership, in Moldova at every election nobody is sure whether the pro-EU or the pro-Russian side will win. And in Ukraine, the separatist-run part of the country is pro-Russian. Are you sure this format is not holding you back?

For the EU, the Eastern Partnership is a very important format. By the way, the format you mentioned was first shaped, three or four years ago, at the level of the parliaments of the three countries. We, the three countries, have a long-standing friendship, and what unites us is also that we have Associations agreements with the EU. Some have more challenges, others less, but that’s what makes us even stronger. At the end, we stand together to ensure that our three nations achieve their final goal.