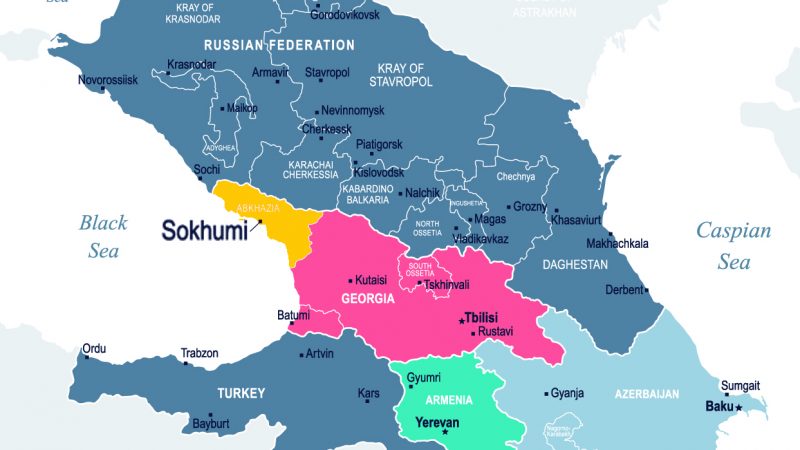 Politicians in Russia received the flurry of political developments in Abkhazia with calm, saying the change in leadership will not affect relations. Russia recognises and supports the region’s claims to statehood. Georgia considers Abkhazia to be under Russian occupation.

On Thursday evening, the legislative body of Abkhazia voted on a non-binding document calling for the resignation of incumbent president Raul Khajimba.

Around 200 demonstrators contesting a local election broke into the authorities’ headquarters, breaking down the door and smashing windows to get inside on Thursday evening (9 January) and demanding the resignation of its president. 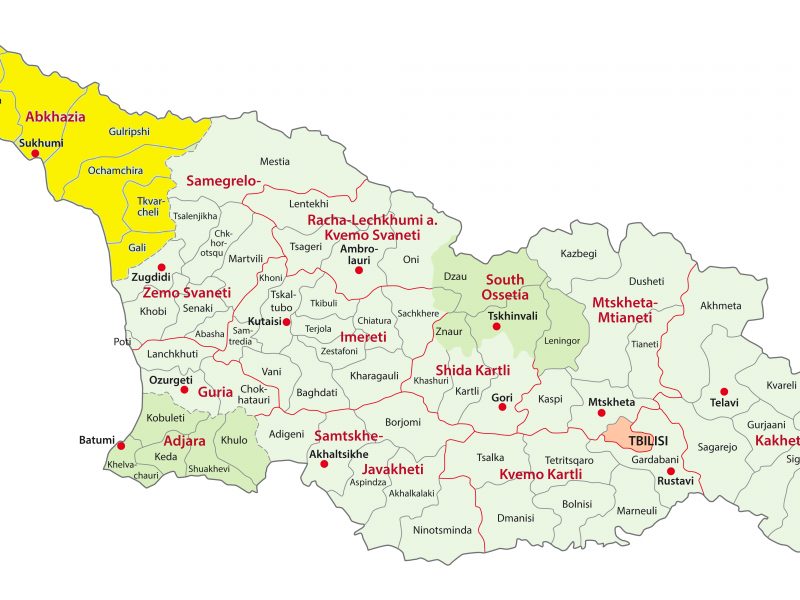 Around 200 demonstrators contesting a local election broke into the authorities’ headquarters in the breakaway Georgian region of Abkhazia Thursday evening (9 January) and demanded the resignation of its president. Protests continue today (10 January) with demonstrators setting up camp in front of administration building, local media reports.

Protestors were calling for the annulment of the 8 September presidential elections, where Khajimba won with a lead of only 1,000 votes, in a region with a population of around 240,000.

The isolated region of Abkhazia broke away from Georgia after the collapse of the Soviet Union. Most countries consider it a part of Georgia, but Russia recognised its independence, as well as that of South Ossetia, after winning a short war against Georgia in 2008. Russia has troops based in Abkhazia.

Georgia’s President Salome Zourabichvili said she is “paying close attention” to the developments in the region and called the elections illegitimate and a “sham process”.

I am paying close attention to the events in Sokhumi and to the safety, fate and human rights of our citizens in occupied Abkhazia.

Peter Stano, EU spokesperson for foreign affairs and security policy, told EURACTIV that although the EU does not recognise “the framework in which the de facto presidential elections have and will take place, we are working for a stable and secure environment.”

On Saturday (11 January), Georgia’s minister for reconciliation, Ketevan Tsikhelashvili, said the safety of the population in the Russian-occupied region of Abkhazia is the key priority for the government in Tbilisi and Georgian “policy would remain unchanged in any case.”

“Obviously, all the processes and developments in Abkhazia are in our focus, and first of all, our priority is to ensure that any development is peaceful and that the security of the population is not at risk,” said Tsikhelashvili earlier.

On the same day, in the the territory’s capital, Sokhumi, the prosecutor’s office announced it opened a criminal case, claiming stolen service weapons during the protests, and alleging foreign citizens were involved in organising and participating in the riots.

The region’s Central Election Commission called an extraordinary meeting and on Sunday (12 January) announced snap elections to be held on 22 March.

“We managed to urgently achieve a quorum, some members of the election commission travelled from Moscow,” Tamaz Gogia, the Commission chairman told reporters. Elections were scheduled despite the fact that Gogia found inconsistencies and contradictions in the election law.

On Sunday, the protestors marched to the state dacha of the president, demanding his resignation. Khajimba announced his resignation later that evening, which was met with applause and shots fired into the air by protestors.

On Monday, the de facto parliament of Abkhazia accepted Khajimba’s resignation and unanimously appointed the territory’s prime minister, Valeri Bganba, as acting president, in line with the requirements of the breakaway region’s constitution.

Aslan Bzhania, the leader of the Abkhaz opposition, who actively participated in the protests, announced he would run for president.

“People believed me, they followed me, so I am going to run in the election,” said Bzhania.

“Regardless of the election’s outcome, Sokhumi’s policy towards Russia will remain the same, thanks to the support of Russia Abkhazia has become an independent country” said Sergei Tsekov, a former Ukrainian politician who is now member of Russia’s Federal Assembly from Crimea.