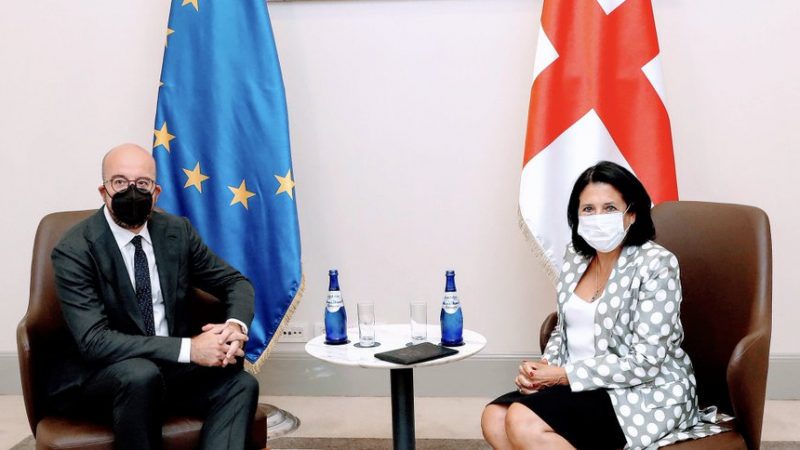 European Council President Charles Michel will attend a regional summit in the Georgian Black Sea city of Batumi on Monday (19 July), after a weekend visit of Armenia and Azerbaijan, in what appears as an attempt to keep the region closer to the EU. EURACTIV reports from Batumi.

After his personal efforts to help solve the internal political crisis in Georgia, described by some as risky, Michel took another challenge by involving the EU in new mediation efforts between Armenia and Azerbaijan to settle the Nagorno-Karabakh conflict.

Azerbaijan and Armenia fought a war last autumn over Nagorno-Karabakh which claimed some 6,500 lives and ended with a Russian-brokered ceasefire under which Yerevan ceded territories it had controlled for decades.

Tensions have been running high again since May — when Armenia accused Azerbaijan’s military of crossing its southern border — with both countries reporting occasional shootouts along their shared border.

Michel, who was in Armenia on Saturday, called on the so-called Minsk Group “to assume its responsibilities and address different topics” of the post-conflict settlement. The OSCE Minsk Group was created in 1992 by the Conference on Security and Cooperation in Europe and is co-chaired by France, Russia and the United States.

But the Minsk Group has been largely inactive since the ceasefire. Azerbaijani President Ilham Aliyev had insisted that “the Karabakh conflict has been resolved for good” and has rejected Yerevan’s calls to negotiate on the region’s political status.

In Azerbaijan, Michel went further, stating that the EU “is ready to play a constructive role as an honest broker with Azerbaijan and Armenia in addition to the Minsk group efforts”.

The EU is ready to play a constructive role as an honest broker with #Azerbaijan and #Armenia in addition to the Minsk group efforts.

We want to share our expertise to provide more stability and to promote sustainable peace in the region.@presidentaz pic.twitter.com/0eWpPvbd76

Previous EU positions have always been that no duplication was needed and that the proper body to manage the conflict was the OSCE.

Speaking alongside Azeri President Ilham Aliyev, Michel said that among the issues on which the EU could provide expertise are the exchange of prisoners and the availability of mine maps, which were partly resolved, but also the delimitation of borders, for which he said “we are ready to provide European expert assistance and, if necessary and desired, European monitoring”.

He added that there was also the issue of the armed forces located close to the disputed areas, which in his words should also be discussed.

From Baku Michel flew to Batumi where he is expected to attend a meeting of the Presidents of Georgia, Ukraine and Moldova later on Monday. The meeting marks a rapprochement between the three countries, which share a common desire to join the EU.

The summit, hosted by the President of Georgia Salome Zourabishvili, coincides with the annual Batumi International Conference, a high point in Georgia’s foreign affairs agenda.

According to diplomats, what made the Trio summit possible was the outstanding victory of the pro-European forces in Moldova last Sunday. 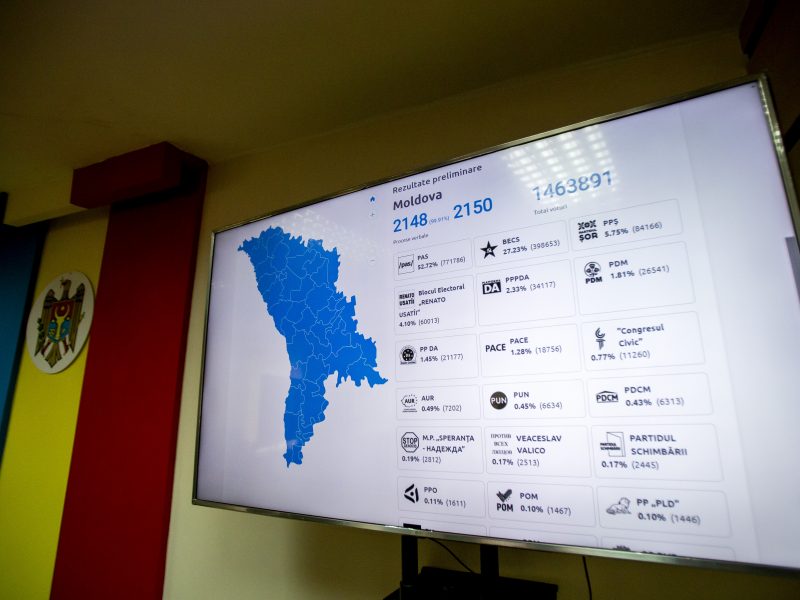 For Georgia, who last April initiated the Associated Trio format, the presence of Charles Michel at such gathering would be a major blessing, diplomats told EURACTIV.

Until now the Trio initiative was met with suspicion in Brussels, because it changes the format of relations with the six former Soviet republics in the EU neighbourhood – Ukraine, Belarus, Moldova, Armenia, Georgia and Azerbaijan.

The six are packed together in the so-called Eastern Partnership, despite the fact that Ukraine, Moldova and Georgia have Association agreements with the EU and are much more ambitious in terms of integration and even future membership of the Union.

Not a Brussels invention

Another reason why the EU was suspicious of the Trio initiative is that it was not a Brussels invention, a diplomat said. In his words, initiatives to keep pro-EU attitudes alive in the region appear once every five years, the latest one being the visa liberalisation scheme. But in the lack of new initiatives from Brussels, the region came up with its own plan, the diplomat said.

However, the Trio initiative also has its internal problems. Probably the biggest is Ukraine’s agreement to host Mikheil Saakashvili, the former President of Georgia and leader of the country’s major opposition force, the United National Movement (UNM) of Georgia.

Saakashvili left Georgia in 2013 a year after his party lost a parliamentary election, and was charged and sentenced in 2017 in absentia, on charges of abuse of public office and corruption. He now lives in Ukraine, which has no extradition agreement with Georgia. There, Saakashvili is popular and is still seen as a pro-Western reformer.

Diplomats said that a lot of work had been needed to prepare the visit of Ukraine’s President Volodymyr Zelenskiy to Batumi, and that details of the programme kept changing by the hour.

A high point of the meeting of the three Presidents and Charles Michel is expected to take place in the Petra fortress, south of Batumi.

In the 6th century, under the Byzantine emperor Justinian I, the Petra fortress served as an important Eastern Roman outpost in the Caucasus and, due to its strategic location, became a battleground of the 541–562 Lazic War between Rome and Sasanian Persia, the ancient version of today’s Iran.

Today is a very important day for Georgia’s European future. Thank you to @eucopresident for taking part in this.

More EU in Georgia is a strong message for our progress and our development, a message that remains unchanged despite all challenges. pic.twitter.com/FMnDJNrFEs