Georgian people attend a wreath laying ceremony at the memorial to commemorate Soviet Occupation Day outside Tbilisi, Georgia, 25 February 2020. The day is annually observed since 2010 to commemorate the Soviet Red Army invasion of Georgia on 25 February 1921. [EPA-EFE/ZURAB KURTSIKIDZE]

European parliamentarians on Tuesday (10 March) hailed the political agreement between Georgia’s ruling and opposition parties that promises to resolve the electoral reform conflict that has resulted in a series of protests across the country.

A group of MEPs following EU-Georgia relations said that the agreement “marked a turning point in Georgia’s political life,” congratulating the parties for “putting the greater interest of their country and their citizens first.”

Protests rocked the Caucasian country, which aspires to join the EU, last summer, when citizens took to the streets demanding a more proportional electoral system than the current system which is dominated by the Georgian Dream party, chaired by its founder and richest man of Georgia, Bidzina Ivanishvili. 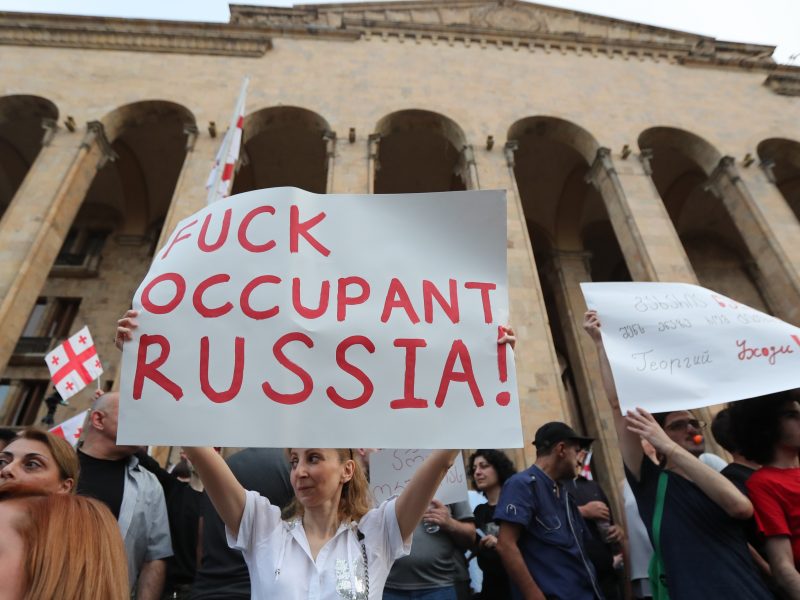 The Parliament of Georgia has 150 seats, 77 of which are allocated on the basis of proportional representation, with the rest distributed through single-seat constituencies.

Further protests erupted in November last year, when the bill that would have ensured fully proportional elections in October 2020 failed.

A compromise was reached between Georgian Dream and the opposition on Sunday (8 March) after three months of negotiations facilitated by the representatives of the EU, Germany, the Council of Europe and the US.

The agreement would increase the number of proportional seats to 120, set a 1% electoral threshold and require a party to win at least 40% of the votes to form its own majority.

The government and the opposition also signed a statement emphasising the need to avoid actions that could be perceived as inappropriate politicisation of Georgia’s judicial and electoral processes.

The European Commission also greeted the deal as “a very welcome, important and visible signal of political leadership from all sides.”

MEPs called on the “Georgian partners to fully implement the agreement and to ensure that the corresponding constitutional amendments are adopted swiftly by their parliament.”

“Such improvement of the electoral system is an important precondition to ensure a peaceful and fair electoral environment,” five civil society organizations said in a statement published on 9 March, Civil.ge reported.