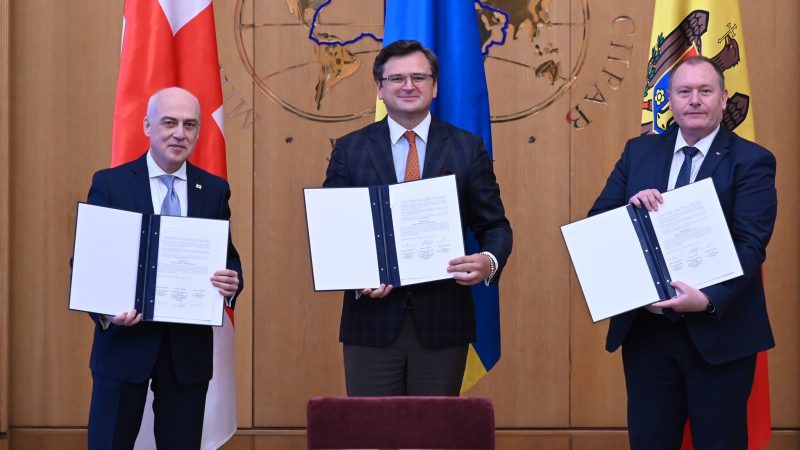 *This article was updated with European Commission comments.

Ukraine, Georgia and Moldova are now officially the Associated Trio

Today, we join forces on our European Integration path in this new format established in Kyiv ✌️🇪🇺

Ukraine, Georgia and Moldova have publicly stated that their aim is to become EU members and have signed association agreements with the bloc.

The other three countries within the EU’s Eastern Partnership (EaP) have no such plans. Belarus and Armenia have joined the Russia-led Eurasian economic Union, while Azerbaijan, rich in fossil fuels, seeks to maintain equal distance from Russia and the US, while enhancing its relations with Turkey.

The idea of an enhanced cooperation format with other associated countries has been pushed chiefly by Ukraine since 2019 but initially received a cold shoulder from Brussels diplomats who were wary that more perks for the associated countries may irritate the three other Eastern partners – Armenia, Azerbaijan and Belarus.

Within the European institutions the idea was backed by the European People’s Party and Lithuanian MEP and former prime minister Andrius Kubilius, whose country has deep diplomatic ties with the three countries and often champions their EU integration.

However, it appears that the recent political crisis in Georgia and Kremlin’s military brinkmanship near Ukraine’s eastern border, — precipitated by the ongoing efforts to displace Belarus’s strongman Lukashenko and the increased Russian influence in the Eastern Caucasus in the wake of the Armenian-Azerbaijani war last year — has affected the thinking in the European capitals.

The European Commission increasingly hears comments about a more tailor-made approach for the Trio, and EU countries, particularly, Germany have raised the issue of what more should be done for the three countries, an EU official said in March.

The idea of offering more tailor-made integration to the three Eastern associated partner countries, — Georgia, Moldova and Ukraine, — is gaining momentum on the Commission’s agenda, according to an EU official.

Nevertheless, it remains to be seen whether the EU’s diplomatic branch, the European External Action Service, will warm up to the idea.

“All of our neighbours are sovereign and independent. We respect their choices, foreign policy priorities and strategic objectives, including the establishment between them of a memorandum on enhanced cooperation on European integration,” a spokesperson told EURACTIV in emailed comments, adding that the EU is committed to strengthening political association and economic integration “respectively with each of them”.

“We are focussed on fully implementing our respective Association Agreements in order to exploit to the fullest the opportunities they afford,” he added.

EU leaders will to meet with their counterparts from the region during the EaP summit, foreseen for later this year to follow up on a virtual meeting from last June that sought to reaffirm the strategic partnership but produced few tangible results. 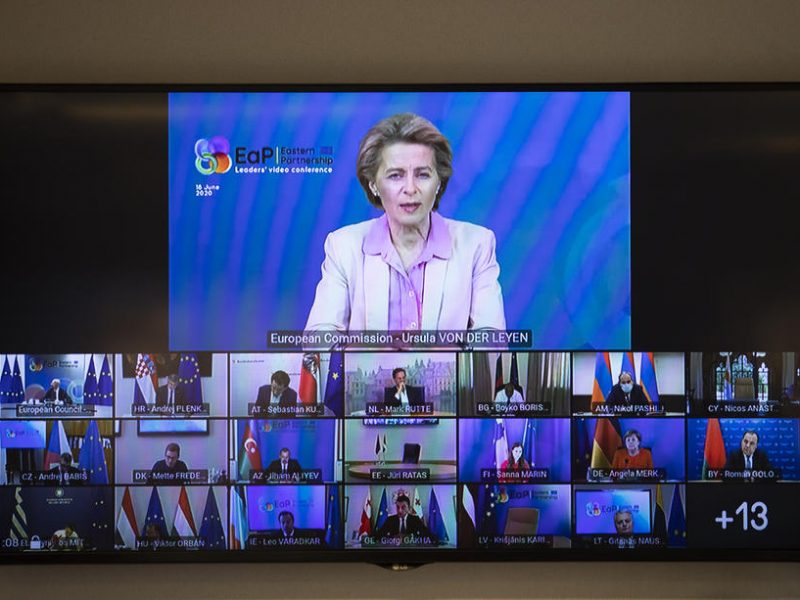 EU and Eastern Partnership (EaP) heads of state and governments as well as European institution leaders met on Thursday  (18 June) to discuss the COVID-19 crisis as well as reaffirm the strategic partnership and discuss its future.

However, the talks with …

The Kyiv meeting took place on the eve of a dinner on Tuesday with the leaders of the Western Balkan countries in Brussels, organised by EU foreign affairs chief Josep Borrell. Serbia, Montenegro, North Macedonia, Bosnia Herzegovina and Albania, are treated  by the EU as future EU members. Ukraine, Moldova and Georgia consider that despite the lower level of ambition from the EU side, their countries are just as ready for membership.