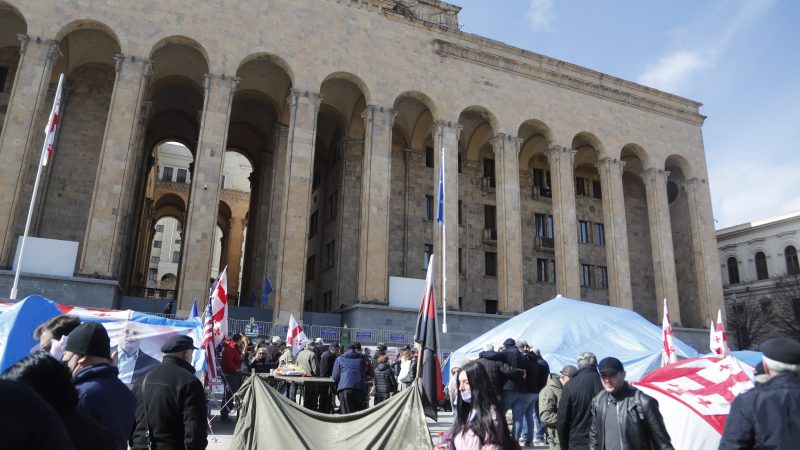 Georgia’s main opposition party on Sunday (30 May) announced the end of a months-long parliamentary boycott that has plunged the Caucasus nation into a spiralling political crisis, following disputed elections last year.

Georgia’s opposition parties have denounced massive fraud in the 31 October parliamentary elections, which were won narrowly by the ruling Georgian Dream party.

In the months since, they have staged numerous mass protests, demanding snap polls and refused to assume their seats in the newly elected parliament.

The boycott that has left around 40 seats vacant in the 150-seat legislature weighed heavily on Georgian Dream’s political legitimacy.

He was referring to billionaire founder of the ruling party, who is widely believed to be the man in charge in Georgia, despite having no official political role.

The post-electoral stalemate worsened in February after police arrested Melia in a violent raid on his party headquarters, leading to the prime minister’s resignation and prompting swift condemnation from the West.

Melia was released from pre-trial detention in May, on bail posted by the European Union.

The move was part of an agreement Georgian Dream and the opposition signed in April under the European Council President Charles Michel’s mediation.

In power since 2012, Georgian Dream and its founder Ivanishvili — Georgia’s richest man — have faced mounting criticism from the West over the country’s worsening democratic record.