Georgia, a country championing economic reform and ranking seventh in the World Bank ‘Doing Business’ index, gave the floor on 23 October to experienced businessmen to identify ways of further improving the investment climate.

At the Silk Road Forum in Tbilisi, attended by 2,000 delegates from some 60 countries, private sector leaders explained why they came to Georgia and what were the conditions that would keep them investing.

The country sees the China-led One Belt – One Road initiative as a chance to capitalise on its transit potential. Overall, Georgia wants to boost living standards and crack down on poverty.

As the first vice-chair of Georgia’s Parliament, Tamar Chugoshvili, said, it is easy to manipulate people who are poor, and who are suffering and who do not have some basic income. Georgia is vulnerable to Russian propaganda and has had 20% of its territory occupied by Russia after a brief war in August 2008. 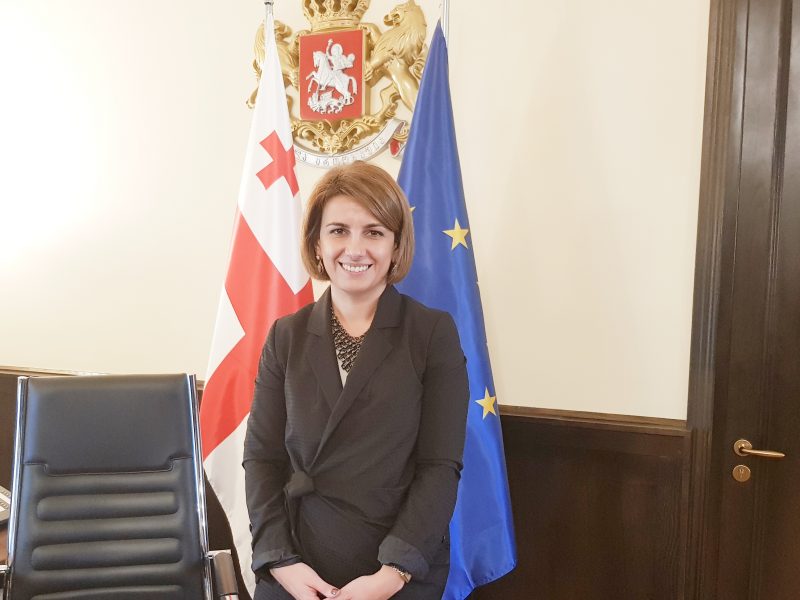 In the panel dedicated to sustainable economic development and investment opportunities, business leaders praised reforms but warned that too much change in the regulatory environment can create policy uncertainty.

When opening the discussion, the moderator, BBC’s Joe Lynam, gave the example of his native Ireland in the 1970s, which was the poorest country in Western Europe with emigration issues.

Now as an EU member, Ireland is the second richest country in Europe (after Luxembourg), he said. This became possible, he said, thanks to investing in infrastructure and education as well as embarking on regulatory reform.

“Georgia could be the next Republic of Ireland” suggested Lynam. “The Silk Road Initiative could be the start of a major transformation in this country.”

Alexander Benard, co-head of Cerberus Frontier, a large American private-equity firm, agreed. “Georgia is indeed well on its way to becoming the Ireland or Switzerland of the region,” said the investor, whose role is to find opportunities in under-invested and underappreciated markets.

He said he saw Georgia’s geopolitical situation as both a challenge and an opportunity.

“The broader Caucasus region is a multi-trillion dollar economy,” said Benard, who commended the level of sophistication amongst Georgian policymakers. “You can reach these countries [from Georgia] but in the context of a good regulatory environment and a good tax regime.”

The businessman warned, however, that while regulatory innovation and reform is overall positive, a lot of change can create policy uncertainty.

“The Georgian government has been continuously trying to improve the investment climate but in doing so has been changing the investment regime”, making planning difficult. His key advice was to make sure that the reforms do not come at the expense of predictability and stability for investors.

There is a consensus amongst business leaders that Georgia’s reforms are correctly assessed by the World Bank’s Ease of Doing Business Index and Transparency International’s Corruption Perceptions Index.

Valery Vavilov, the founder and CEO of The Bitfury Group, a full-service blockchain company echoed that the ease of doing business and the support of innovation were the primary consideration for their investment in Georgia. Valivov pointed to a joint project between the local government and the company, which from its conception to launch took just several months.

The panel highlighted the challenges arising from the exceptional economic performance of Georgia over the past decade, where the economy was growing on average 5% annually in the past 10 years.

Irakli Burdiladze, the CEO of a Georgian real estate company that quintupled in size in a decade, pointed out that a high growth environment necessitates investment in human capital and education. He gave an example of cooperation between the public and private sectors in this sphere.

Burdiladze said that his company, together with the ministry of education, had last year launched a construction college in Western Georgia” that prepares 600 skilled workers every year, who can go on to work in the company’s projects.

Natia Turnava, the minister of economy and sustainable development, acknowledged the gap in the labour force arising from the fast growth of the country, agreeing that vocational education will be crucial to keep up with the changing needs of the private sector.

“Partnership with private business is very important because it allows us to find synergies between the private and public resources”, she said.