Tbilisi mayor Gigi Ugulava (C) waves to his supporters as he arrives for questioning by the Investigative Service of the Finance Ministry in Tbilisi, Georgia 23 February 2013. [Zurab Kurtsikidze/EPA/EFE]

Georgia’s top court on Monday (10 February) sentenced a leading opposition politician to three years and two months in jail for embezzlement, a move which he condemned as politically motivated.

The Supreme Court’s ruling on Gigi Ugulava, the 44-year-old leader of the European Georgia party, was made at a closed hearing.

Ugalava told journalists his conviction was “a personal decision” of the leader of the ruling Georgian Dream party, Bidzina Ivanishvili, an oligarch widely believed to pull the strings in the Caucasus country.

Georgian Dream is pro-NATO and pro-EU, and so is European Georgia party. Accusations by the opposition that the ruling party is pursuing a hidden geopolitical agenda have not been substantiated.

The conviction of Ugalava, who was a long-serving mayor of the capital Tbilisi, is likely to further fuel political tensions ahead of parliamentary elections due in October. 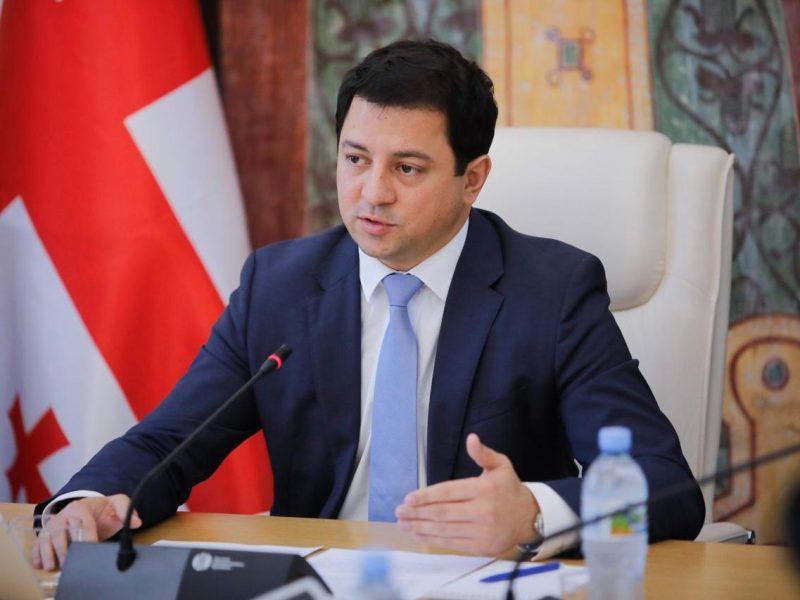 In an exclusive interview, the speaker of the Georgian parliament Archil Talakvadze explains the ideas to change the country’s electoral system, why the recent vote wasn’t successful, and the way forward, excluding early elections, as demanded by the opposition.

Ugalava and his lawyer were not allowed to attend the court hearing where the judges issued the guilty verdict.

He spoke to journalists while awaiting court bailiffs at the headquarters of another opposition party.

Almost all the leading opposition politicians were there to support him.

The leader of the opposition Labour Party, Shalva Natelashvili, said the opposition had jointly agreed to start a “campaign of a nationwide civil disobedience and mass protest rallies.”

Since last summer, Georgia has been gripped by mass protests over the ruling party’s failure to deliver on promises of electoral reforms.

The government has responded to opposition protests with a violent police crackdown.

From 2014, Ugulava spent three years in prison for economic crimes on charges he also rejected as false and politically motivated.

During his tenure as the mayor of Tbilisi from 2005 to 2013, the charismatic politician led major infrastructure projects and social reforms that dramatically improved living standards in the city.