The EU’s lack of action over Belarus is undermining the credibility of its foreign policy, Lithuanian foreign affairs minister Linas Linkevicius told the Financial Times newspaper in an interview published on Sunday (6 September).

The EU needs to encourage democracy and counter Russia’s influence in Belarus, Linkevicius said in the interview, adding that the bloc should provide “concrete help” to Belarus’ opposition.

“Sometimes we react too late and our measures are fragmented and aren’t making any impression on society or the people in power,” Linkevicius told the Financial Times.

“When we will not stand true on our national commitments, it will shatter our own foundation”, he said. “Belarusian people should not feel deserted.”

EU foreign ministers had reached a political agreement in Berlin in late August on punitive measures against high-ranking supporters of Belarusian strongman Alexander Lukashenko to pressure him into holding new elections.

According to the political agreement, the future measures on Belarus are meant to mainly target those accused of being responsible for the fraudulent elections and the violent crackdown on peaceful protests, EU chief diplomat Josep Borrell told reporters in Berlin after the meeting. Read more here:

Linkevicius said that he would have preferred the EU to wield sanctions, as Lithuania, Latvia and Estonia had done against President Alexander Lukashenko and 29 other Belarusian officials.

Belarusian opposition leader Sviatlana Tsikhanouskaya called on the United Nations on Friday to condemn the crackdown by Lukashenko on protesters who charge he rigged his re-election victory last month.

Tsikhanouskaya also called on the international community to impose sanctions on the individuals responsible for electoral violations. The opposition leader spoke from the Lithuanian capital Vilnius, where she fled after Lukashenko launched his crackdown.

Lukashenko, in power for 26 years, has faced a wave of opposition protests since his Aug. 9 election victory. He has denied accusations by the opposition and Western countries that the vote was rigged and has resisted demands to step down.

At the same time, Belarusian opposition activist Olga Kovalkova arrived in the Polish capital Warsaw on Saturday, saying she had been forced by authorities in her homeland to leave the country.

Kovalkova, a senior figure in the Belarusian opposition Coordination Council, was sentenced to 10 days in jail on Aug. 25.

She said on Saturday that authorities had told her she would face further arrests if she did not leave the country.

Kovalkova’s arrived in Poland on the same day that Polish authorities confirmed Belarusian opposition leader Sviatlana Tsikhanouskaya will visit Warsaw on Wednesday, where she will meet Prime Minister Mateusz Morawiecki. 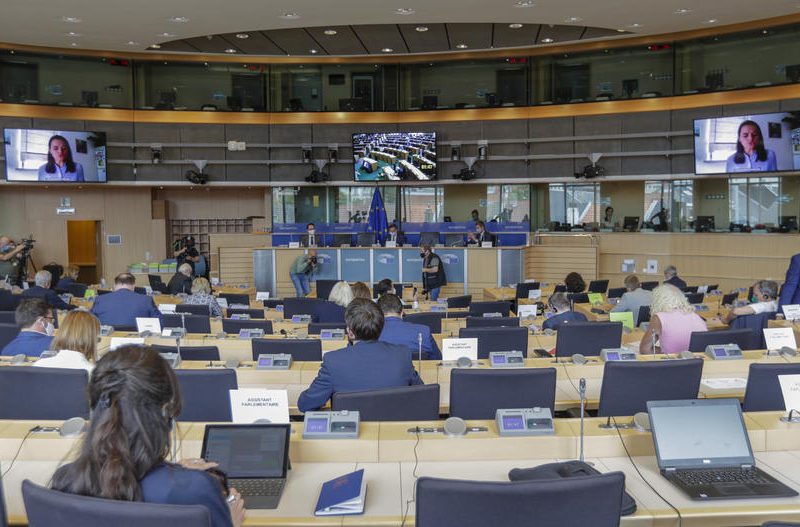