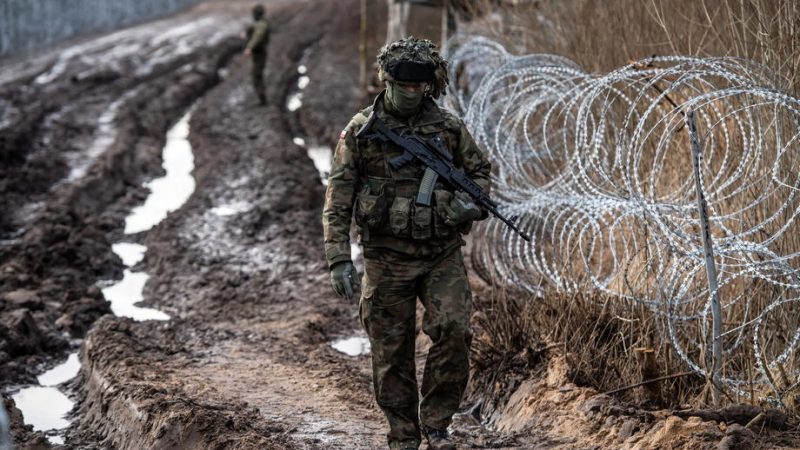 Medical charity Doctors Without Borders (MSF) has withdrawn its team on the Belarus-Poland border after Warsaw repeatedly blocked access to migrants there trying to enter the European Union, it said Thursday.

Thousands of migrants — mostly from the Middle East — have camped in Belarus for weeks, often in freezing temperatures, hoping to cross the Polish frontier and enter the EU.

A number of people are reported to have died in harsh conditions.

MSF said that three months after sending an emergency response team to assist migrants crossing from Belarus, it had pulled out its team trying to help people “in desperate need of medical and humanitarian assistance”.

“Since October, MSF has repeatedly requested access to the restricted area and the border guard posts in Poland, but without success,” said Frauke Ossig, the charity’s emergency coordinator for Poland and Lithuania.

“We know that there are still people crossing the border and hiding in the forest, in need of support, but while we are committed to assisting people on the move wherever they may be, we have not been able to reach them in Poland.”

MSF said it was concerned that restricting access to major aid organisations could result in more deaths and such policies were “yet again another example of the EU deliberately creating unsafe conditions for people to seek asylum at its borders”.

On December 1, Poland’s interior ministry announced the extension of a controversial state of emergency that bars all non-residents — including journalists and non-governmental aid groups — from the border area.

In response to the influx of migrants, Poland built a barbed wire fence and massed thousands of soldiers along its 400-kilometre (250-mile) border with Belarus, leaving the migrants stranded in camps.

This week, Warsaw announced that it had chosen the first three companies to build a permanent barrier to replace the temporary fence.

Western countries accuse Belarus of having engineered the migrant influx to pressure the EU, which has imposed sanctions over the regime’s crackdown on the opposition and independent media.

Belarus denies this and has urged the EU to take in the migrants.

“The current situation is unacceptable and inhumane. People have the right to seek safety and asylum and should not be illegitimately pushed back to Belarus,” said Ossig.

MSF said it was going ahead with establishing a country office in Warsaw and would continue its activities in Lithuania and Belarus in response to the crisis.

“MSF remains committed to assisting people on the move,” the Geneva-based organisation said.