The European Commission on Thursday (1 October) launched the first step of legal proceedings against Boris Johnson’s UK government over its controversial Internal Market Bill that threatens to break the terms of the UK’s Withdrawal Agreement. [EPA-EFE/OLIVIER HOSLET]

The EU’s Eastern Partnership is often touted by European officials as one of the bloc’s most foreign policies but was barely mentioned in Commission president’s first annual address, despite calls for more political signalling.

Despite a strong focus on foreign policy and Western Balkans, the Eastern Partnership policy merited only one passing mention in Ursula von der Leyen’s 90-minute speech on Wednesday (16 September), and plans of some countries to eventually join the bloc were left without acknowledgement.

The Commission President highlighted the “shared history and destiny” of the EU and Western Balkans, saying that the opening of enlargement negotiations with North Macedonia and Albania in spring was “truly historic.”

“Indeed, the future of the whole region lies in the EU,” Von der Leyen said.

“The Western Balkans are part of Europe – and not just a stopover on the Silk Road.”

In comparison, the Eastern Partnership (EaP) policy — bringing together the EU and Armenia, Azerbaijan, Belarus, Georgia, Moldova and Ukraine, — warranted only the following: “And we will also be there for the Eastern Partnership countries and our partners in the southern neighbourhood– to help create jobs and kickstart their economies.”

Meanwhile, Georgia and Ukraine were only mentioned in the context of Russian aggression.

Diplomats from the region have already signalled that while the future objectives first presented by the Commission in spring are good on content, more political signalling is needed. 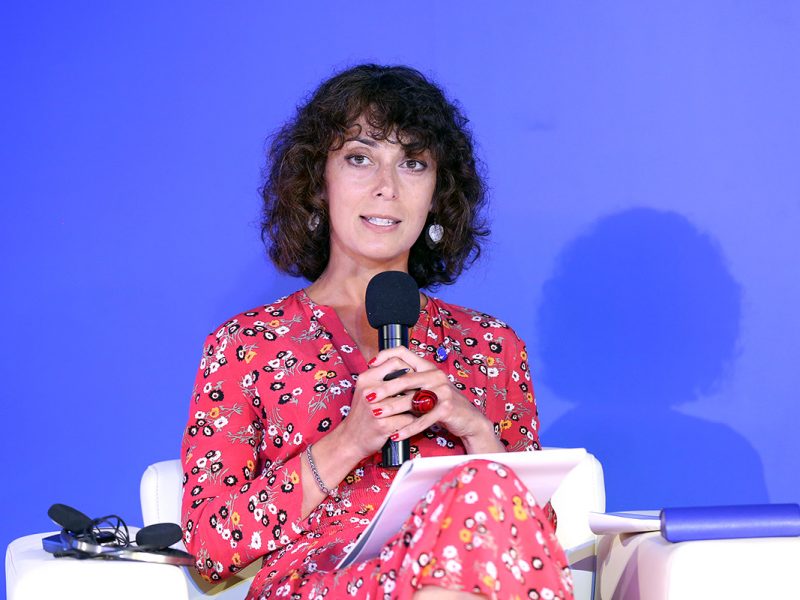 Both Ukraine and Georgia have changed their constitutions to include provisions that oblige successive governments to pursue European integration.

“EU-Georgia relations are at the historically highest level in terms of depth and scope of Georgia’s European integration,” the Georgian government said in emailed comments.

“However, the time has come when the EU must recognize that Georgia is a country who has a right to become part of the Union. This right has been earned by Georgia’s history, its commitment to democratic values and by its dedication to the European idea.”

The EU-Georgia association agreement, which is currently the basis for the bloc’s relations with the South Caucasian country, already acknowledges “the European aspirations and European choice of Georgia,”  but lacks the wording on “European perspective.”

“We also understand that such a right is also conditional to a number of democratic, economic and legal criteria but, like other European nations before us, Georgia is ready to be put to the ultimate test of its commitment to the values of Europe and of its capability to bring the European aspirations to fruition,” the government told EURACTIV.

Mentioning enlargement has become an unspoken taboo in Brussels after the general enlargement fatigue and outright opposition from some member states.