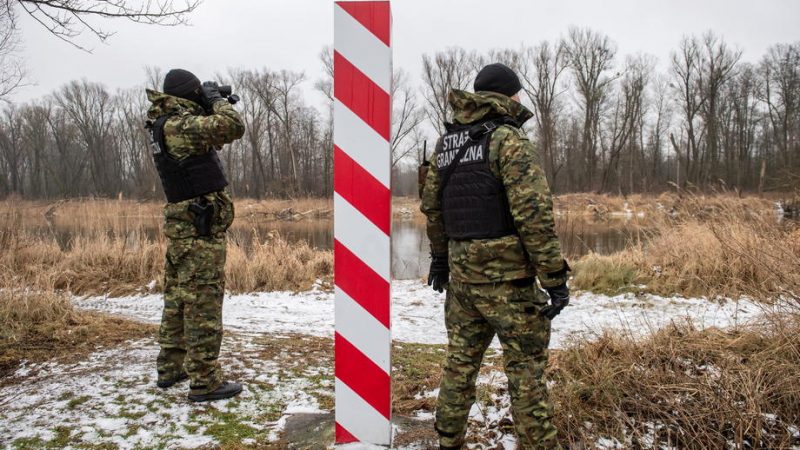 Polish contractors began work on Tuesday ( 25 January) on a 353-million euro wall along the Belarus border aimed at deterring migrant crossings following a crisis in the area last year.

The 5.5-metre high wall will run along 186 kilometres (115 miles) of the border — almost half the total length — and is to be completed in June.

“As planned, the construction sites were turned over to the contractors on Tuesday,” said Krystyna Jakimik-Jarosz, a border guard spokeswoman.

She refused to reveal the exact locations “for security reasons”.

“The Belarusian services are just waiting for that, so that they can send migrants over to the site,” Jakimik-Jarosz told AFP.

She said the 353-million euro ($407 million) wall would be equipped with cameras and motion detectors.

The construction has raised human rights concerns over how migrants will be able to seek asylum as well as environmental worries about the effect on wildlife along the mostly forested border.

“We’ll do everything we can to keep the damage to the environment and animals to a minimum,” Jakimik-Jarosz said.

Thousands of migrants — mostly from the Middle East — crossed or attempted to cross the border from Belarus into Poland last year.

The West blamed the influx on the Belarusian regime, saying it had encouraged would-be migrants to fly to Belarus with the promise of an easy journey on foot into the European Union.

Poland branded the migrant crisis a “hybrid” attack from Belarus and its main ally Russia, referring to a type of warfare using non-military tactics.

Belarus has denied this and has accused Poland of inhumane treatment of the migrants.

It has since repatriated thousands of migrants to Iraq — the main country of origin.

At the height of the crisis last year, Poland sent thousands of troops and police officers to the border to reinforce border guard patrols.

It also built a razor wire fence along much of the border and closed off the frontier area to media and human rights groups, as well as approving a new law allowing migrants to be forced back into Belarus.

“It bought us time to prepare when a group of migrants were getting ready to attack, to create an opening. We had the time to mobilise the means and personnel required to stop them,” she said.

While the number of crossings has fallen sharply since then, some still attempt the increasingly perilous crossing despite the freezing conditions.

The border guard service said on Twitter Tuesday that there were 17 crossings in the past 24 hours.

A group of 14 people — 11 Iranians, two Lebanese and one Syrian — “cut the razor wire fence and crossed into Poland”, border guards said.

They were detained, the border guards said, along with a separate group of three people from Ghana who crossed over a different part of the border.