EU envoy to Chisinau behaves like “Big Brother” in Moldova 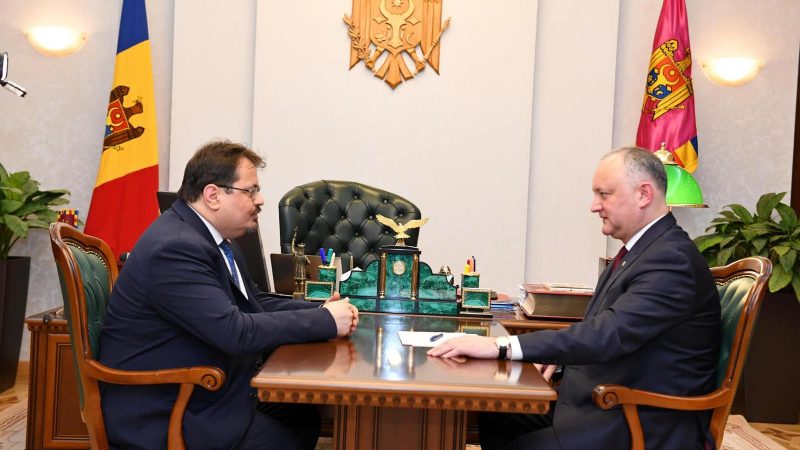 Peter Michalko, left, is at the head of the EU Delegation to the Republic of Moldova. [Friedman Institute]

The European Union has created, or at least wants to create, an image of community in which human rights and fundamental freedoms are a sacred cow, where the rule of law reigns, where all people are respected, where the presumption of innocence is not violated, and officials are fair and represent the interests of citizens.

The European Union and its emissaries promote the same values and principles in its neighborhood and among its partners. Due to its values, the European Union is seen as an example by its neighbors, and most Eastern European countries, which are part of the Eastern Partnership, tend to join the EU.

Dario Peirone is General Director of the Friedman Institute.

In all these states, the European Union has accredited delegations, or embassies, that are meant to guide host states to learn to respect the European Union values. Unfortunately, not all EU representatives are best placed to promote its values if they themselves flagrantly violate them and thus put the European Community in a bad light.

In this context, the recent scandal caused by the head of the EU Delegation to the Republic of Moldova, the Slovak Peter Michalko is probably one of the worst diplomatic incidents in which an EU representative has been involved in recent years.

During a show on a local television station, Peter Michalko asked the Moldovan judiciary, practically in open text, to speed up the examination of the case of a Moldovan opposition leader, President of the Political Party “Shor” Ilan Shor and was upset that he had not yet been convicted.

Many local politicians and experts described the official’s statements as a direct interference in the judiciary, but also in the internal affairs of the Republic of Moldova. Consequently, the EU Delegation in Chisinau was the target of a protest organized by Ilan Shor’s colleagues and supporters. They reminded the European diplomat of the provisions of the national legislation of the Republic of Moldova, but also of the international law that prohibits such behavior. Moreover, they announced that they would also send a note of protest to the European institutions and demanded the recall of Michalko.

To better understand the level of popularity of the EU in Moldova, it is enough to refer to the results of opinion polls that show that Moldovan popular confidence in the EU is steadily declining, while more and more are looking towards East.

Meanwhile, in June 2019, Michalko instead of defending the interests of the EU actively participated in the ousting of the former government, which, although accused in many different things, was clearly pro-European, offering instead the government to pro-Moscow Igor Dodon, who is secretly discussing with Moscow a plan to federalize the Republic of Moldova, which Vladimir Putin has been waiting for almost two decades.

This diplomatic scandal, the outcome of which we are waiting for, greatly affects the image of Brussels. The European Union, from a credible and fair partner, turns into a “big brother” who teaches the smaller and poorer countries how to live, itself, however, violating its own rules. The countries of Eastern Europe still have the aftermath of Soviet communism, when Moscow ruled with an iron fist the neighboring states, including the homeland of Mr. Michalko – Slovakia, imposing its opinion and slamming the mass. States that broke away from the Soviet past and embraced European values did so not in order to exchange one “elder brother” for another.