Poland cements its status as a US ally

By Mark Brzezinski and Michael Carpenter 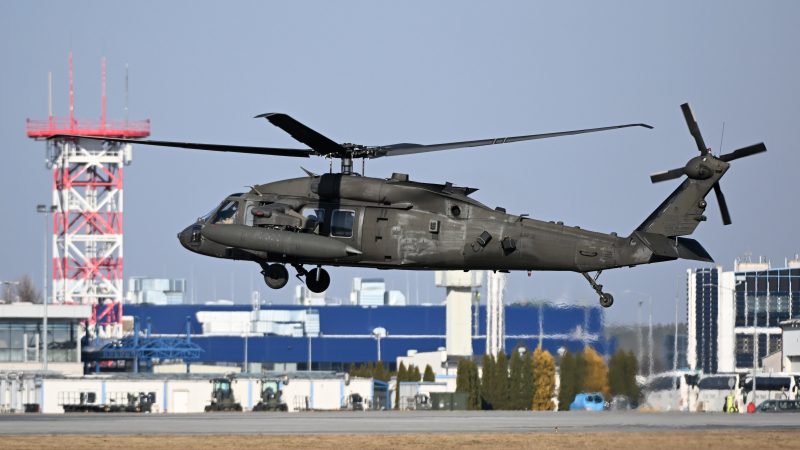 In the face of the most pressing European security crisis since World War II, Poland has proven itself once again as a critical US ally by helping to rally international support for an independent Ukraine and a rules-based international order, write Michael Carpenter and Mark Brzezinski.  [EPA-EFE/DAREK DELMANOWICZ]

In the face of the most pressing European security crisis since World War II, Poland has proven itself once again as a critical US ally by helping to rally international support for an independent Ukraine and a rules-based international order, write Michael Carpenter and Mark Brzezinski.

Poland has a long history of being subjugated by larger empires aiming to deny its sovereignty and agency as an independent nation. In September 1939, following a secret pact between Nazi Germany and the Soviet Union, the country was simultaneously invaded from east and west. It was occupied by two brutally repressive dictatorships. As Americans of Polish descent, both our family stories speak to the resistance against these twin evils.

In the early 1980s, Poland gave birth to Solidarity (Solidarność), a social movement for human dignity, civic rights, and national sovereignty. Within a decade, it broke the Communist party’s monopoly on power and ushered in the first democratic elections in the Soviet bloc. It also galvanised a wave of civic revolutions across Eastern Europe, eventually leading to the dissolution of the Soviet Union itself. Russian President Vladimir Putin would later declare this to be the greatest “geopolitical catastrophe” of the 20th century.

Poland is now leading the charge to support a sovereign Ukraine and an international order based on sovereignty, territorial integrity, and the peaceful settlement of disputes. As Chair-in-Office of the Organisation for Security and Cooperation in Europe (OSCE), Poland launched an enhanced European Security Dialogue among the 57 participating states of the OSCE in early February to try to de-escalate Russia’s threatening military buildup on Ukraine’s borders. Polish Foreign Minister Zbigniew Rau led the effort by proposing a series of discussions on confidence-building, military transparency, arms control, and conflict resolution.

However, the Kremlin refused to engage, and soon thereafter President Putin launched his unprovoked war against Ukraine. In the aftermath of this brutal aggression, Poles from all walks of life have stepped forward to provide moral and humanitarian support for Ukraine. Poland has so far accepted over one million refugees from Ukraine, more than any other state. Poland has extended state medical benefits to all and public education for their children. Over 400,000 of the refugees arriving from Ukraine in the last ten days are children.

Thousands upon thousands of Polish families have opened their homes across Poland to Ukrainians fleeing the conflict. At the Przemysl train station, volunteers guide Ukrainians as to where to go next; at the Korczowa border crossing, a trucking logistics centre has become a refugee reception area with thousands of cots, and food served throughout the day. The highway leading to Medyka border crossing is lined with cars heading East, driven by ordinary Poles doing something extraordinary, on their way to the border to help Ukrainian families arriving.

In Warsaw, the Mayor of the city has announced he welcomes refugees from Ukraine, and he has converted the national stadium into a refugee centre with cots, food, water and medicine. At the train station close to the stadium, medical personnel wait for arrivals, and guides stand ready to help those arriving get their bearings.

Using the OSCE platform, Poland and the United States joined 43 other states in calling for an immediate ceasefire and humanitarian corridors to deliver relief supplies to those in need. Together, we have also rallied OSCE states to launch an effort to document human rights violations, breaches of international humanitarian law, and possible war crimes and crimes against humanity perpetrated by Russia in Ukraine.

As NATO allies, the United States and Poland have worked together to strengthen deterrence and defence capabilities on the eastern flank of the alliance. Since January 30, the United States has more than doubled the number of military personnel deployed in Poland to more than 10,000, including a brigade from the 82nd Airborne Division. And we’ve significantly increased the amount and types of military equipment and capabilities that we’ve positioned in Poland. As President Biden recently told President Duda, the United States will defend every inch of NATO territory.

The Polish General Tadeusz Kosciuszko, who fought alongside American soldiers during the Revolutionary War over two centuries ago, famously uttered the words “For your freedom and ours.” Today the United States stands with Poland in confronting foreign oppression in Ukraine. Together, we will defend human dignity, the sovereign right of nations to decide their own future, and the fundamental freedoms enshrined in our constitutions. The global contest for these values is centred on Ukraine, and indeed its fight for freedom is also ours.