The Brief – Too many cooks in the foreign policy kitchen? 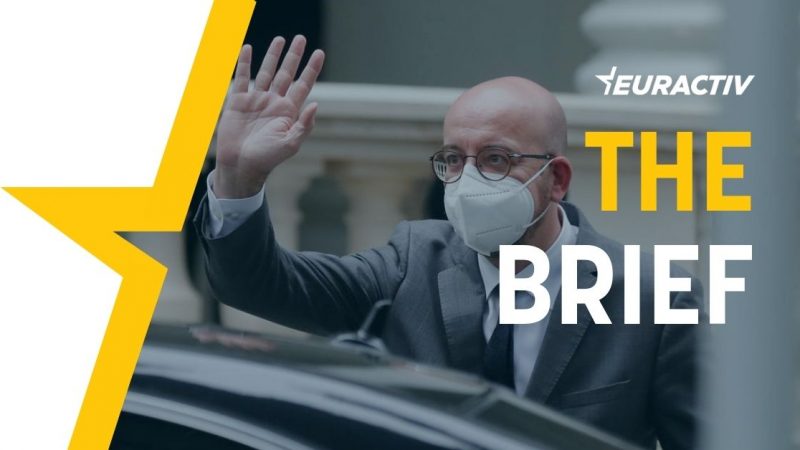 In Georgia’s political crisis following the last parliamentary election in October 2020, when both the government and the opposition found themselves at loggerheads, both the US and the EU worked overtime to mediate the dispute.

The political agreement brokered by Michel, signed by representatives of all political parties, except for UNM, the party of ex-president Mikheil Saakashvili currently in exile in Ukraine, ended the opposition’s parliamentary boycott.

As EURACTIV revealed earlier this year, he “took risks” and some in Brussels thought his actions were “mad”, according to an EU official familiar with the latest diplomatic action meant to reassert the bloc’s ‘soft power’.

The move, although still considered unfinished business, has established the EU as Georgia’s most important Western partner, and upstaged Tbilisi’s so far predominant US bond.

The ‘Georgian mission’ could be seen as evidence of Brussels’s new leading mediation role or, alternatively, Michel’s bid to find a void to fill.

So far, Michel, a former prime minister of politically fragmented Belgium and no stranger to political crises, has struggled to present the bloc’s foreign policy.

His most recent effort; the controversial border change proposals for Bosnia, was undoubtedly a miss.

His appointment as European Council chief in itself was meant not to outshine national leaders or, to a lesser extent, the EU’s chief diplomat Joseph Borrell.

In the Caucasus, Michel really seems to carry the weight and authority of the EU. There is even a faction in the Georgian Parliament called “Charles Michel”.

Although the EU largely stayed out or was left out of the Armenia-Azerbaijan war, domestic political mediation in Georgia, a new engagement for Nagorno-Karabakh and (mis?)managing the local ambitions like the Associated Trio did raise the EU profile in the region.

One person might, however, not be too happy each time Michel gets bored of his Brussels routine, dresses in his Superman costume and goes to the Caucasus – Borrell.

Brussels’ insiders have repeatedly questioned whether foreign policy is really his job and if Michel isn’t simply interfering with Borrell’s portfolio instead of empowering the position of the EU’s chief diplomat.

One thing might unite the two civil servants – they both tend to step on member states’ toes.

While Michel’s acknowledgement of the ‘Associated Trio’ this week took EU countries by surprise, Borrell committed a similar faux pas when he recently included three further principles to be added to the existing five governing EU policy towards Russia in his recent report.

Member states, who usually prefer stability in the bloc’s policy, were irked by both moves, diplomatic sources told EURACTIV.

But that’s something the two should clear out between themselves, maybe in Georgia-style mediation talks.

Germany and the US struck a compromise on Wednesday over the construction of the Russian-backed Nord Stream 2 gas pipeline. According to the deal, Germany will provide assistance for Ukraine’s energy security, with an initial donation of €148.3 million.

The confrontation between Russia and the West is coming to a head, experts say. In consequence, the Associated Trio – Ukraine, Georgia, and Moldova – has declared its aims to step up cooperation to strengthen security in the Black Sea region.

France has adopted a long-waited climate law introducing a series of measures that impact the agricultural sector, including the reduction of the use of nitrogen-based fertilisers and encouraging more vegetarian menus in school canteens. EURACTIV France reports.

The French government said on Thursday that it had launched an investigation into allegations that Morocco mounted surveillance of President Emmanuel Macron’s mobile phone using the Israeli Pegasus software.