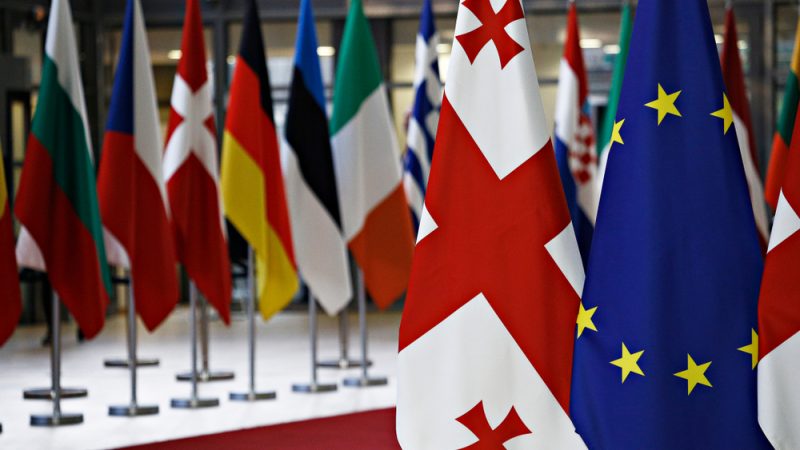 On June 26th, a visit mandated by the EU High Representative and Vice-President of the European Commission, Mr Joseph Borrell, took place in Georgia.

Vlad Olteanu is the founder of I3pact EU.

Alexander Schallenberg, Minister for European and International Affairs of Austria, Gabrielius Landsbergis, Minister of Foreign Affairs of Lithuania and Bogdan Aurescu, Minister of Foreign Affairs of Romania, visited parts of the ABL – the so-called administrative boundary line – with South Ossetia. That visit, organized in cooperation with the EU Monitoring Mission in Georgia, also included a meeting in Tbilisi with the Georgian Prime Minister, Mr Irakli Garibashvili.

The Prime Minister said, on that occasion, that the EU mandated mission was a strong signal that the Union promotes peace and security in the countries of the South Caucasus region. A region in which, a bloody and real war, opposed, as of September 27th 2020, for forty-four days, Armenia to Azerbaijan. And that was the second war between the parties, the first one happening from the late 1980’ until May 1994. Between these periods, no war but a frozen conflict. Frozen for the outside world, hot for those displaced, wounded or killed in those territories.

That second war was a grave threat not just to the region but to the European continent. And possibly to the world. Turkey supported Azerbaijan, Armenia turned to its traditional ally, Russia. The possibility of a full-fledged confrontation between regional and global powers increased by the day, with a NATO member on one side and Russia on the other. Fortunately, mediation, dialogue prevailed. Although the EU encouraged that dialogue, the real “work” on the ground was performed instead by a neighboring country: Georgia.

The successful mediation of Prime Minister Irakli Garibashvili between Armenia and Azerbaijan has facilitated peace and the release of some 15 Armenian citizens detained by Azeri military forces. And beyond his diplomatic intervention in that conflict, the Georgian Prime Minister also worked on the economic cooperation front.

Building bridges and “communities of interest” in the region, he also met the Ukrainian Prime Minister, Mr Denys Shmyhal, to strengthen bilateral cooperation and jointly develop high-tech industries and significant infrastructure projects, to work even more together on energy, transport and digital market projects. Prime Minister Shmyhal also thanked his Georgian counterpart for agreeing to participate at the Inaugural Summit of the Crimean Platform and expressed his gratitude for the consistent support shown by Georgia to the Ukrainian sovereignty and territorial integrity; in defence of genuine, permanent human rights respect.

The meeting, held on August 22nd, equally discussed regional security issues. In the words of Prime Minister Shmyhal, “the priority for us is to deepen the mechanisms of cooperation with NATO to intensively involve our countries in the dialogue on security in the Black Sea”. A partnership with NATO that is already well established – in the case of Georgia.

Prime Minister Garibashvili: “Georgia has been making a worthy contribution to global security for many years. Georgia contributed to the NATO mission in Afghanistan since 2004.” This year, 860 Georgian servicemen were still serving in the NATO contingent in Afghanistan. And during the precipitated NATO withdrawal from Afghanistan, Georgia sent water supplies to the people strained at the Kabul airport. It created and maintained a vital regional transit hub at the Tbilisi international airport and at the Georgian Defence Forces military base with the participation of Georgian, Norwegian and Swedish servicemen and military and civil servants personnel from several NATO member states.

One month earlier, starting on July 19th, Georgia organized a well-attended and successful international summit: the Batumi International Conference. The conference brought together the President and Prime Minister of Georgia, the President of the Republic of Moldavia, Ms Maia Sandu, the President of Ukraine, Mr Volodymyr Zelenskyy and of the European Council, Mr Charles Michel.

Discussing the future partnership, economic and security issues between the EU and the three countries of a region that faces cold and hot conflicts can only benefit all parties. Bringing those discussions to concrete and significant actions by the EU in support of the three countries concerned and the broader region is now necessary and long due.

A stronger Europe in the world. That is the mission of Mr Borrell; that is what is written under his name and function on the “Commissioners” web page. To reach such a desirable position of a stronger Europe globally, one needs to skillfully and continuously promote alliances with regional partners, especially in regions that embed conflict areas such as the South Caucasus, Ukraine or Moldova.

And that includes developing and supporting clear roadmaps and realistic scenarios to partner in an ever-closer way with the pro-EU governments of Georgia, Ukraine and Moldova. And to offer to those countries not just the far away prospect of EU accession and integration but the reality of ongoing permanent support and partnership, not only on the economic front but also on the security and diplomatic ones.