Thirteen years on – 20% of Georgia is still occupied by Russia

By Amanda Paul and Iana Maisuradze 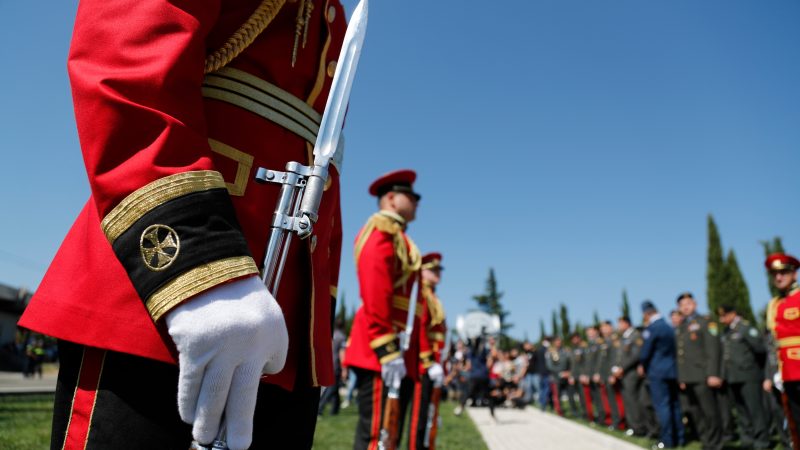 People attend a wreath laying ceremony at a cemetery in Tbilisi, Georgia, 8 August 2020. An official ceremony was held here on the occasion of the eleventh anniversary of the Russian-South Ossetian-Georgian conflict, or Russo-Georgian War of August 2008. [EPA-EFE/ZURAB KURTSIKIDZE]

It is crucial that the EU beefs-up its presence in South Caucasus more broadly, particularly on security and conflict related issues, write Amanda Paul and Iana Maisuradze in an analysis of the situation in Georgia 13 years after the 2008 war which depleted the country of 20% of its territory.

On 7 August 2008 Russia invaded Georgia, violating international law and flouting the principles enshrined in the Helsinki Final Act, including sovereignty, territorial integrity, and the non-use of force. Coming a few months after the Bucharest Summit, where NATO promised Georgia a seat at its table, it was a clear message that Moscow would not tolerate Georgia’s Euro-Atlantic integration aspirations. Yet, rather than sanctioning Russia for this act of aggression, the West gave Russia a second chance and offered a “reset” in ties. This was a major error.

Thirteen years on, 20% of Georgia remains occupied. Russia has not implemented crucial elements of the 2008 six-point ceasefire agreement, including withdrawing its forces to pre-conflict positions. Instead, Moscow has increased its political, economic and social influence in the occupied territories of South Ossetia and Abkhazia. The populations of both have become more isolated and susceptible to Russian disinformation and propaganda. The COVID pandemic reinforced this trend.

Russia has also strengthened its military presence. Both territories have become large military bases that Moscow uses to project power across the region. Today, between 9,000 and 10,000 Russian soldiers are deployed. Furthermore, creeping annexation continues along the Administrative Boundary Line (ABL). Georgian territory is being eked away cm-by-cm. This situation has also resulted in the ongoing arbitrary detention of Georgian citizens.

Human rights have also been in free fall, with numerous human rights violations happening on daily basis. International access to the occupied territories continues to be denied to international human rights monitors and humanitarian assistance. The European Union (EU) Monitoring Mission (EUMM) is unable to properly carry out its mandate as it is prevented from entering Abkhazia and South Ossetia.

Beyond toothless statements, the international community – not least the EU and US – has failed to challenge Russia for its non-compliance and ongoing occupation. This gives the impression that they can live with the status quo. The Geneva International Discussions (GID), which bring together Georgian, Russian, Abkhaz, South Ossetian, and US participants under the co-chairmanship of the EU, the UN and the OSCE, have become an instrument to manage rather than resolve the conflicts. Consequently, Russia has felt emboldened. Moscow’s annexation and subsequent militarisation of Crimea, and war in eastern Ukraine in 2014 may have been prevented if the US and EU and others had reacted more robustly to Russian aggression in Georgia.

What should be done?

Georgia is on the frontline in Russia’s war against democratic values and the liberal world order. The transatlantic community must stand behind its verbal support for Georgian sovereignty and territorial integrity.

The EU/US must make it clear to Russia that it needs to meet its international obligation or face sanctions, not only for the non-compliance with the ceasefire agreement but also for the human rights violations it has committed, as recently judged by European Court of Human Rights. Those individuals responsible for the killings and arbitrary detentions of Georgian citizens must be held accountable. Russia and the de facto authorities must also release all detained civilians.

Russia should also be urged to reverse its recognition of Abkhazia and South Ossetia as so-called independent states and to restore movement and access to emergency medical care across the ABL.

There should be a reestablishment of an OSCE field presence in Georgia which is able to operate unopposed across the ABL. It is crucial to reducing tensions and offering support for local populations on both sides of the ABL.

With Russia and its proxies using the COVID pandemic as justification to postpone the quarterly GID discussions, there is an urgent need to reinvigorate the process. GID should not be talking shop. It is important that the discussions continue on a regular basis and be result orientated. Specific targets with specific timeframes should be identified so that the discussions in these areas can move forward and not become bogged down.

NATO needs to deliver on the commitment that it made to Georgia in Bucharest. Tbilisi has gone above and beyond in terms of meeting the criteria to receive a Membership Action Plan. The unresolved conflict should not be a barrier for Georgia. There have been multiple cases in NATO’s history, when countries have joined the Alliance with outstanding irredentist claims, omitting the disputed territories from the collective security umbrella provided under Article 5 of the North Atlantic Treaty. By continuing to stall, gives the impression that Russia has a de facto third-party veto right on the topic.

South Ossetia and Abkhazia are a part of Georgia and the future their populations will be better served as a part of the country, rather than serving the interests of Russia. However, it is also up to the Georgian government to make itself much more attractive to the break-away regions. Tbilisi should double down on efforts related to peace and confidence building in order to spark interest in reconciliation process, along with, further strengthening democracy and fundamental rights and freedoms.

It is also crucial that the EU beefs-up its presence in South Caucasus more broadly, particularly on security and conflict related issues. During the 2020 Nagorno-Karabakh war between Armenia and Azerbaijan the EU was side lined, while Russia and Turkey increased their foothold. With Russia brokering the ceasefire and subsequently deploying peacekeepers, there is more Russian presence and influence than before. That the EU has indicated re-enforcing its engagement with the South Caucasus, including on conflict resolution should be welcomed. Still words need to be followed by concrete actions and this should include a clear strategy for the region.